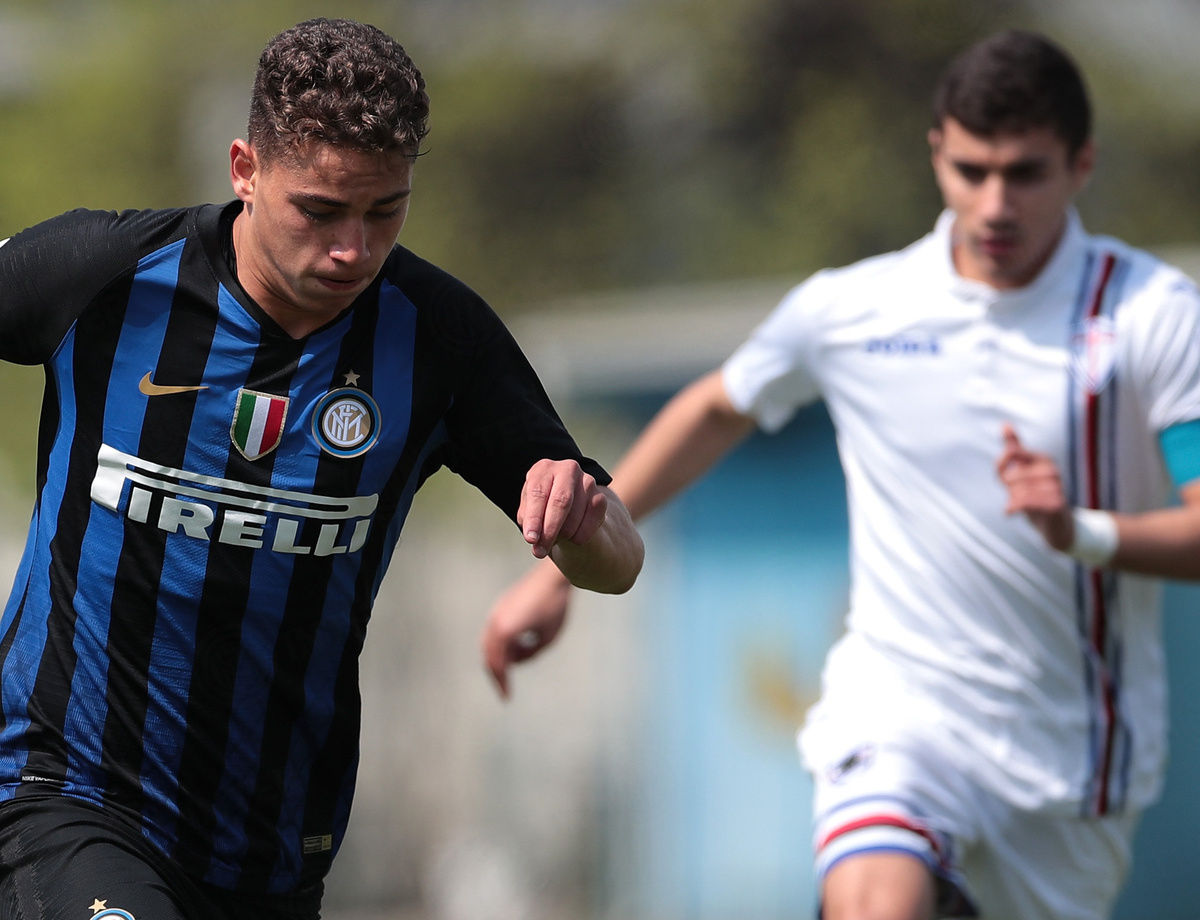 SESTO SAN GIOVANNI – Inter and Sampdoria played out a goalless draw in their rearranged Primavera 1 TIM fixture. Despite the Nerazzurri posing a greater threat than their opponents, they were unable to break down Sampdoria’s stubborn defence. Inter came inches away from coming away with the win in the closing stages through Merola, who hit the bar after good work by Esposito down the wing. Madonna’s side, who remain in second place, were therefore forced to settle for a point that brings them up to 47 points in the league standings.

Inter began the match in determined fashion and went close in the 7th minute through Merola, who saw his close-range effort saved by Krapikas. Just a minute later, the Blucerchiati’s goalkeeper was there once again to keep out Esposito’s header. As the match went on, Samp looked to take the game to Inter more but were unable to really work Dekic in the Inter goal. As the half was drawing to a close, Vergani was denied by an excellent Krapikas save following a scramble in the penalty area.

After the break, Armando Madonna’s side almost scored immediately as Vergani got on the end of Esposito’s cross, but he could only fire over. Samp then responded as Bahlouli’s shot went wide. Just before the hour-mark, Schirò looked to find the back of the net, but his effort was too close to Krapikas. After 62 minutes, Dekic produced an excellent stop to keep out Ejjaki’s sweet right-footed strike. As the game entered the final 15 minutes, Esposito escaped down the left and crossed it in for Merola, who unfortunately rattled the bar. Attys then had a go in the 88th minute, but Krapikas managed to keep the score goalless. 0-0 is how it remained at the Stadio Breda.

Next
Matchday squad for Frosinone vs. Inter