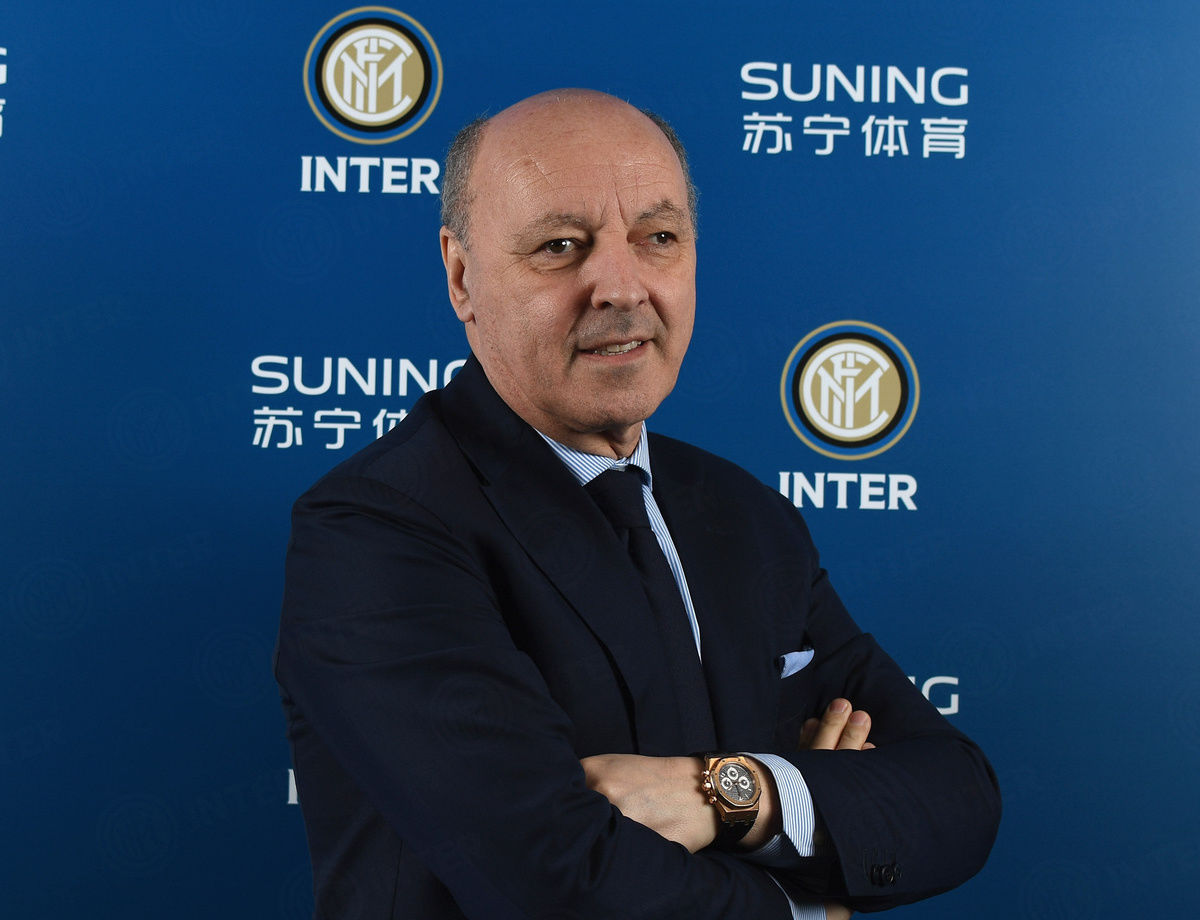 MAROTTA: "WE HAVE A GOAL TO ACHIEVE"

The Nerazzurri's Sport CEO was speaking prior to Napoli vs. Inter: "Spalletti is a great Coach and we’re all fighting together for a common goal"

NAPLES - Sport CEO Giuseppe Marotta spoke to Sky Sport just ahead of kick-off in Napoli vs. Inter. "We have a really big match and an objective still to be met, we’re all focused on this. We have to raise the bar. For a Club such as Inter, we’ll have to aim to start winning again from next year and playing in the Champions League is the minimum aim."

At the San Paolo, Lautaro Martinez is starting. "Spalletti has a full squad available to him, he’s the one who has to evaluate matches and it’s right for him to make his decisions during the week. All of the players who are available can be used over the course of a match. In terms of the media, the Coach often falls subject to criticism for pundits and journalists and in an exaggerated way at times and this isn’t always an easy dynamic to manage. I still hold that Spalletti is an excellent Coach, he’s delivering on objectives, he has a contract with us and we’re all together tonight to fight for a common goal."

Marotta concluded by discussing the club’s recent departure from the Settlement Agreement regime: “The Financial Fair Play limitations are very strict. Capital gain is an ordinary factor for all football clubs, therefore, we too have to proceed in this same direction. However, as I’ve already said, Inter have lofty ambitions and, while respecting the existing limitations, we’ll make the necessary investments to bring us even closer to increasingly important objectives.”

Next
Inter heavily beaten at Napoli, 4-1 at the San Paolo

Galante, his birthday and memories: "I remember everything about Inter vs. Real…"

Jiangsu Suning are Champions of China: congratulations from Inter