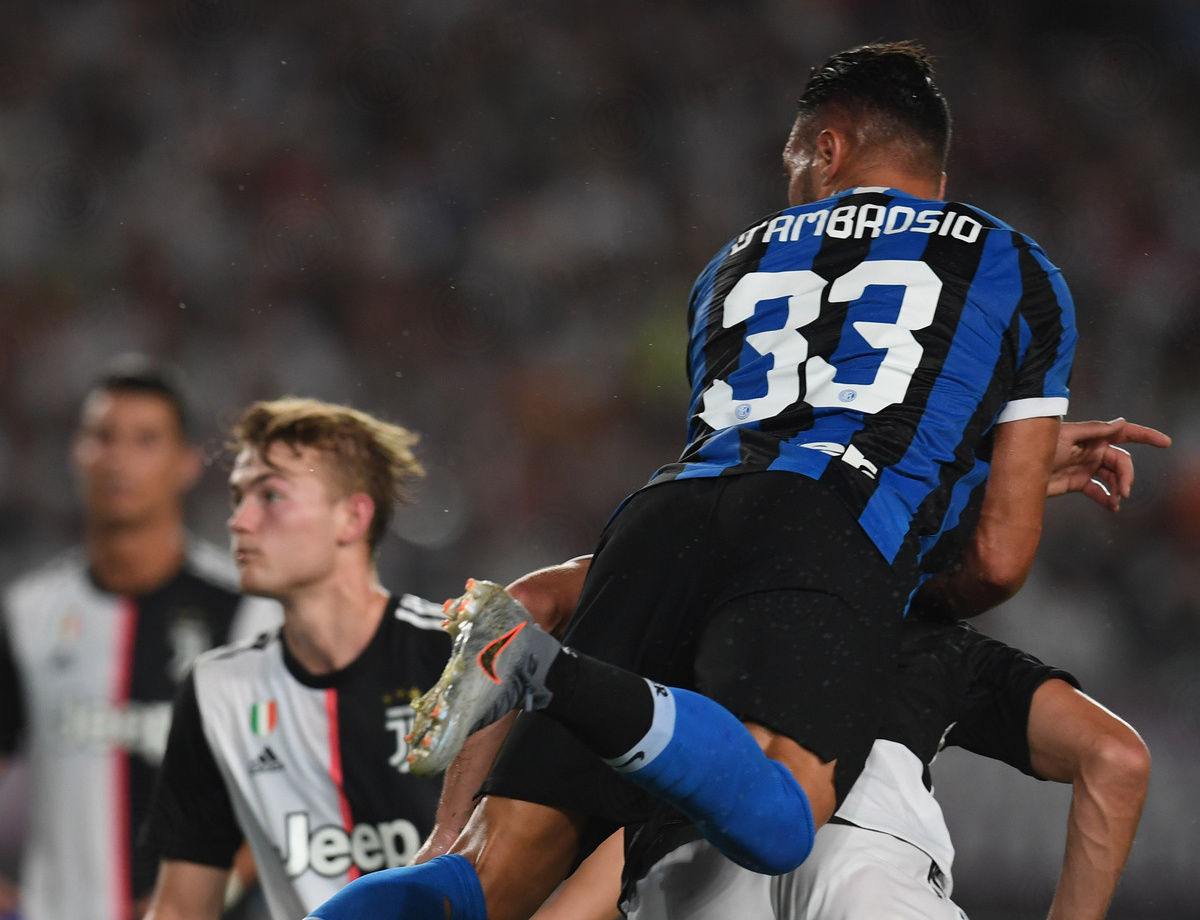 D'AMBROSIO: "WE DID WELL IN THE FIRST HALF"

The defender following the 2019 ICC fixture against Juventus

NANJING - Antonio Conte’s Inter were in action for the second time at the 2019 International Champions Cup, facing Juventus at Nanjing’s Olympic Sports Center.

1-1 was the result after 90 minutes of action between the Nerazzurri and Bianconeri before the latter won on penalties. “You have to play to win in every game, especially against Juventus,” said Danilo D’Ambrosio after the match.

“We did well in the first half, then the tempo dropped off.” Finally, his thoughts on the large number of fans in Nanjing: “We knew that we’d receive a lot of love, their enthusiasm made us really happy.”

Next
Sensi: "We're working well and on the right road"