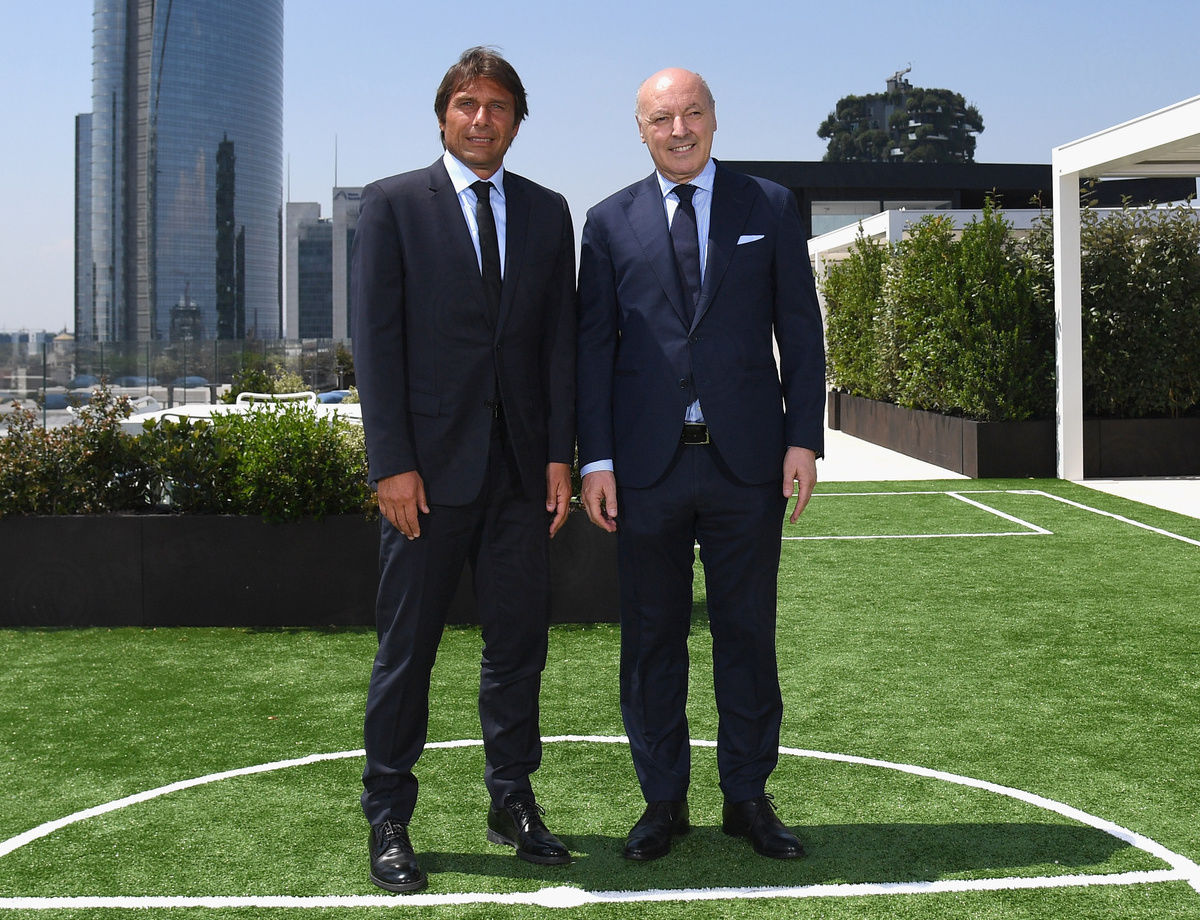 GIUSEPPE MAROTTA: "WE'RE IDENTIFYING THE PROFILES FOR A WINNING PROJECT"

The Nerazzurri's CEO Sport during the press conference to introduce the 2019/20 season: "We want the Club and players to share the same values"

MILAN - From the new Inter HQ, Giuseppe Marotta today answered questions from the press ahead of the Nerazzurri’s new 2019-20 season: "The fact that we’ve emerged from the Settlement Agreement is a good sign for the future. It shows how the Club’s hierarchy and Management have worked well for the good of Inter. Credit must go to the Management who preceded me, represented here by Alessandro Antonello and Piero Ausilio. We now go again and we are able to choose the individuals that will make up and give life to this project. Every goal is achieved because something important was done. The values are the culture of hard work, linked to discipline, order and respect; the second is the culture of winning that all of us must look to regain once again together; the third is the sense of belonging that makes you love these colours and this shirt.

"When I speak of individuals, I want to stress what we’ve achieved. I have Antonio Conte sitting next to me and the role of the Coach is fundamental in everything that he can give, with support from the Club. I must take into account the results that he’s achieved as a player, a coach and selector. He has the values that I highlighted earlier – ones that we want to extend across the entire club and to the players. This way we can gift great success to our fans.

"The idea was shared with Piero Ausilio, Alessandro Antonello and the President. We believe that someone like him is the ideal man to take over at this historic moment for Inter, particularly due to his winning credentials. We didn’t have any doubts and we didn’t pursue any other Coach. After the season finished, we held some initial meetings which were then followed up with the drafting of a contract. We were all very quick to propose a very ambitious project. It was the sharing of an idea built upon one specific motive: Conte was the ideal candidate for what we needed.

"As far as the transfer market is concerned, it’s a work in progress. Piero Ausilio leads the way and I’m working alongside him in trying to build a competitive squad. The Management has an obligation to set ambitious goals alongside a healthy balance sheet. We know the players that Antonio Conte wants and we’re working on it. However, we don’t want to do things in a hurry as the transfer market demands patience.

"We need to identify the necessary profiles to carry out a project: all elements of the Club agree with the decision that has been made regarding Icardi and Nainggolan, even if it’s a painful one. We must respect the men and consider that the players are our assets. You need to have the courage of your convictions when you make choices. This is what we’ve decided on as regards these players, and we’re doing it in a way that doesn’t disrespect two professionals. Declaring this openly is part of this world, they’ll train with us and we will respect their rights and our duties. At the moment, I can rule out Icardi moving to Juventus because the conditions for him to do so aren’t there. It’s only right to talk about things that could come about, it’s currently something of a utopia to think about a possible swap deal with Dybala. He’s an excellent player, but a swap is not something we envisage. We’re sitting at the window and will watch what happens.

"Barella? We read quotes from two directors that I admire and respect, even if I don’t fully agree with what they said. The buyer has the right to establish how much they think a player is worth, this is part of the negotiation process. This is a matter of tackling the dynamics of the market, patience is required. We find ourselves dealing with scenarios where it’s like a chess game, where the seller tries to be better than the buyer. Dzeko is one of the players we’re pursuing and he’s given his consent to the move, but this doesn’t mean a lot. We make our moves in a rational way and also respect our parameters. We currently find ourselves at an interim stage.

"I arrived and got to work alongside a great Management set-up that already existed here, my job is to share the desire to raise the bar and bring in all the human and motivational qualities that are essential at clubs today in order to achieve a winning mentality. This is something that not only needs to be given to all the technical components, but also all of the surrounding components. Together with my colleague Alessandro, we have the task of choosing men who will define a winning project, I’m very confident for the future.

"To conclude this important conference, I’d like to welcome a great director in Lele Oriali. His return will benefit us all."

Next
The 2019/20 season begins: Inter's squad for their training camp in Lugano