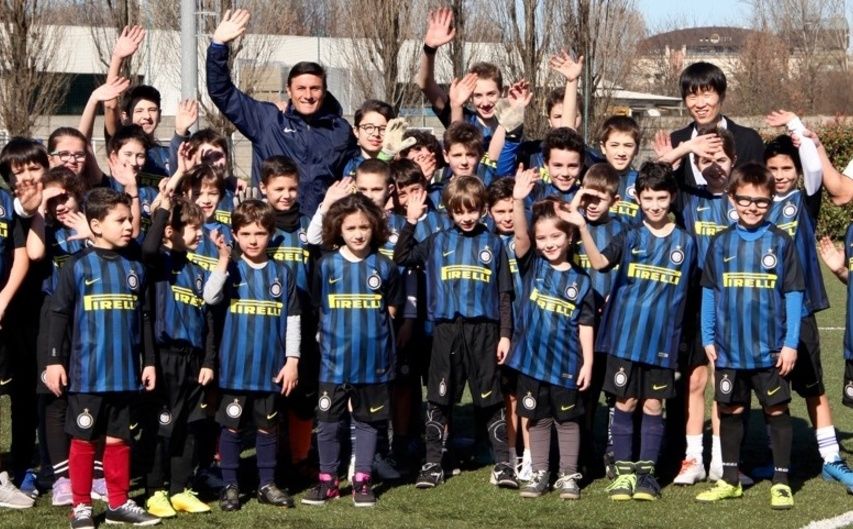 MILAN – It was a special day at the Suning Training Centre in memory of Giacinto Facchetti. Out on the academy pitches boys and girls from the Inter Campus Italy project were given the new Nerazzurri kit as a gift. They also trained with coaches from the club’s social project and, to their surprise, got to meet Javier Zanetti.

The Inter Campus Italy project has been active since 2013 and is run in partnership with the Paediatric Oncology department at the Monza hospital and the Comitato Maria Letizia Verga, a charity which conducts research to fight leukaemia in children. The aim of the project is to showcase the importance of sporting activity, football in our case, when it comes to physically and emotionally dealing with leukaemia and childhood lymphoma. There were also brothers and sisters involved, people who have been hit indirectly by the illness and affected by the issue.

Other guests on the day were students of the FIFA Master programme at the Bocconi University. They were invited to the pitch to see Inter Campus’ activity up close, following a detailed presentation of the project a few weeks ago.

Among the students of the master’s programme is former Manchester United midfielder Park Ji Sung. After spending time with the children and their families, signing autographs and taking countless selfies, Park Ji Sung and Zanetti donned their captain’s armbands and led the FIFA Master and Inter Campus sides respectively.

Next
Saturday afternoon prepping for Atalanta

Inter Campus back in Argentina after two-year absence

Inter Campus Romania: the Pirelli tournament is back!