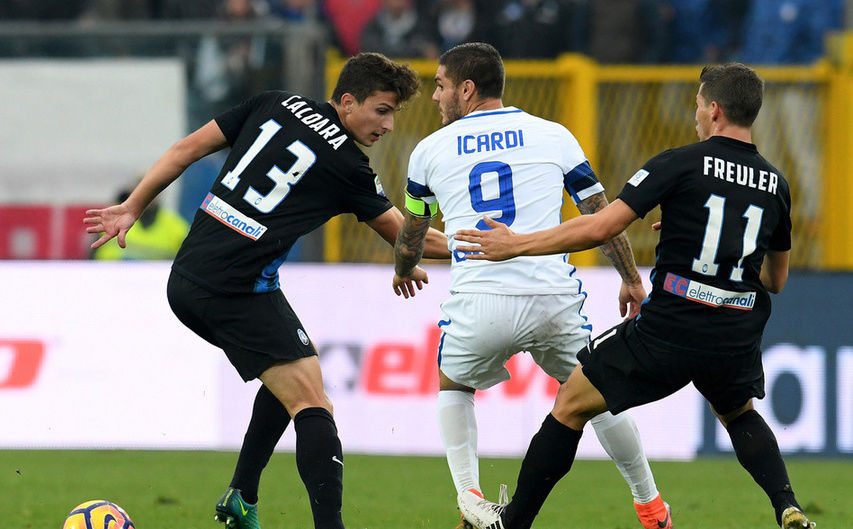 Ahead of Sunday's Serie A meeting, MondoFutbol retraces the origins of the two clubs who share the colours black and blue

MILAN – Inter and Atalanta have more than just their Nerazzurri colours and nickname in common: the histories of both clubs have been defined by divisions and mergers.

The birth of Foot-ball Club Internazionale Milano is an oft-recounted story: on 9 March a group of AC Milan dissidents – fed up with the nationalistic ideas shared by the majority of Rossoneri members – broke away to form one of the most glorious clubs in European football. Forty-three of them gathered together at the L'Orologio restaurant, a popular post-theatre haunt for the Milanese bourgeoisie, with the aim of “facilitating the practice of football for foreigners living in Milan and spreading passion among Milanese youth”, according to La Gazzetta dello Sport's report on the newly founded club. Giorgio Muggiani, a painter, was the man who designed the club logo and put the colours onto cloth: black like the night and blue like the sky.

The same colours were chosen by Atalanta when Bergamo's two biggest clubs merged in 1920: the white and blue of Società Bergamasca di Ginnastica e Scherma and the white and black of Sport Club Atalanta.

In the early 20th century, many youngsters worked out at sports centres situated in Bergamo's Città Alta (upper city), the more affluent area which attracted Swiss entrepreneurs – another aspect in common with Inter. However, you could only get there on foot or by cablecar so five sportsmen decided to set up their own gym beneath the walls of the upper city. That's when Società Bergamasca di Ginnastica e Sports Atletici Atalanta came into being, named after the athlete of Greek mythology whose love of running it is said was discovered by one of the club's founders when he picked up a book he found in the street.

The new club soon developed a strong rivalry with Bergamasca – which absorbed the remnants of Football Club Bergamo once it dissolved – until the FIGC decided in 1919 that only one team from Bergamo would be allowed to compete in Prima Divisione. A fiery playoff was organised to settle which club would earn that right before it was realised they would be better off moving forward together. And so they have remained ever since – always black and blue.

The Nerazzurri of Milan have remained independent since their breakaway, except for when they featured in friendlies as part of the combined MilanInter side set up to celebrate AC Milan's 50th anniversary, and when the Fascist regime, in 1928/29, forced Internazionale to take on U.S. Milanese, change its name to Società Sportiva Ambrosiana and wear shirts with a red cross on a white background.

The first match between Inter and Atalanta took place in December 1937. Severo Cominelli scored for the home side in Bergamo that day – a player who spent most of his career moving back and forth between the two clubs. The midfielder made 117 Serie A appearances for Atalanta, 116 for Inter and starred in the Coppa del Primato triumph at the Arena against the Rossoneri. HIs was a heart divided between two clubs but united by two colours: black and blue.

Next
Pioli aims to narrow the gap