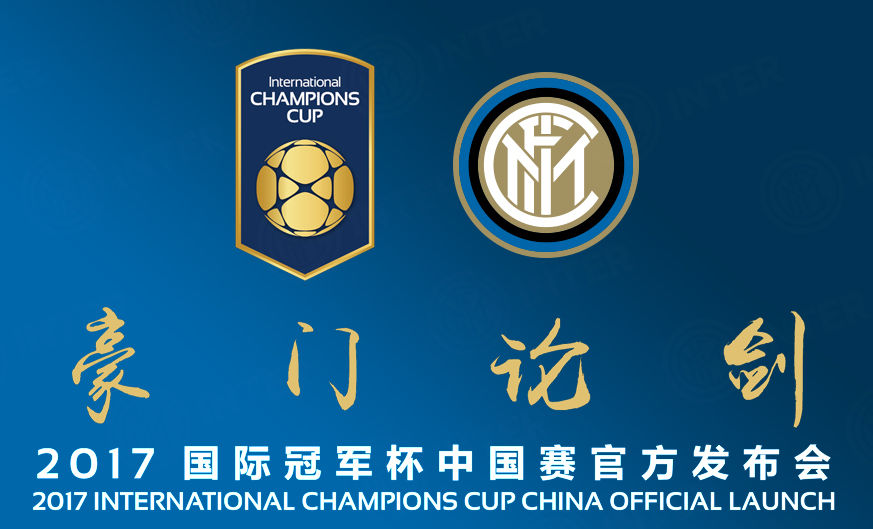 Nerazzurri set to return to China after 2015 tour. Milan derby in Nanjing on 24 July

SHANGHAI - Inter are going back to China! The Nerazzurri will be taking part in the International Champions Cup China once again this summer, following their tour of the country in 2015.

The prestigious pre-season tournament organised by Catalyst Media Group and Relevent Sports has become a regular fixture on the agenda of many big European clubs in recent years.

Inter's participation was announced at a press conference in Shanghai attended by club legend and Inter Forever star Walter Zenga.

“I was here when Inter became the first Italian club to visit China in 1978,” the former Italy goalkeeper recalled. “It was Sandro Mazzola's last game and I got called up to the first team – having just won the Primavera Coppa Italia – because Ivano Bordon was with the Italy squad preparing for the World Cup in Argentina.”

Inter's ties with China stretch back almost 40 years but this summer will be the team's first visit to the country since Suning Holdings Group acquired a majority stake last year.

The tournament is another opportunity for Inter to reach out to the 163 million Nerazzurri fans in the Asia-Pacific region while our Chinese supporters in particular will have the chance to experience a Milan derby on local soil.

Inter's relations with China have become even stronger in recent years with the opening of several new Inter Clubs as well as three Inter Academies (Yitao Shanghai, Jiangsu and Beijing) and an Inter Campus centre on the outskirts of Shanghai.

Next
Serie A kick-off times to Week 33