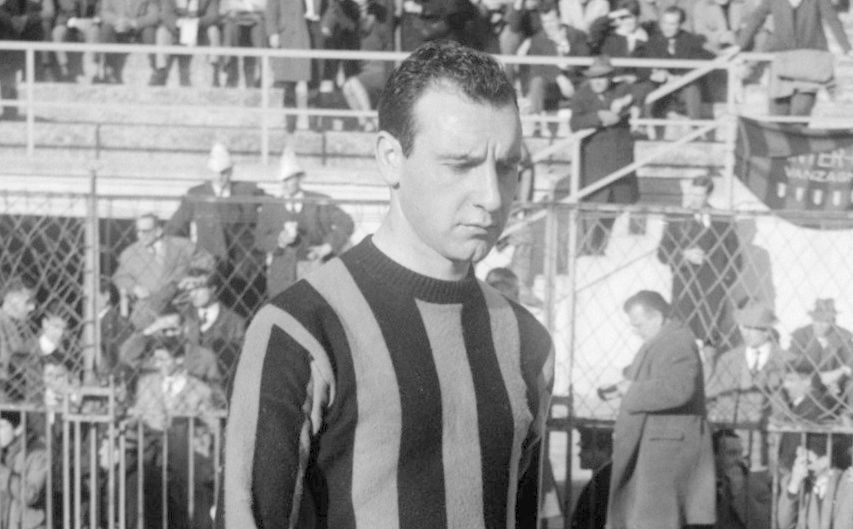 A career touched by genius and capped with the 1962/63 Scudetto: MondoFutbol.com profiles the Argentine midfielder

MILAN – San Siro, 14 October 1962. For 78 minutes, Helenio Herrera’s Inter side laid siege to the goal defended by a Napoli side jointly managed by Eraldo Monzeglio and Bruno Pesaola, who had brought their team to Milan with orders to stick to a rigid catenaccio system.

The Nerazzurri’s season had begun with a 5-0 demolition of Alessandria in the Coppa Italia, followed by one win, two draws and one defeat in Serie A. The Week 5 clash against the Partonopei had been billed as the yardstick by which Inter’s ambitions should be measured for the season ahead.

Enter Humberto Maschio. In the 79th minute, Mario Corso teed up the Argentine to thump home and seal a 1-0 win for the Nerazzurri. The goal proved to be the spark that propelled Inter towards their eighth Scudetto triumph, with the Nerazzurri winning 17, drawing nine and losing just three of their remaining 29 league games.

It was Maschio’s first goal at San Siro. He would soon have the fans on their feet again, however, as he fired a low free-kick into the bottom corner of the net to hand Inter the lead against AC Milan in the derby the very next week.

Maschio had arrived in Italy in 1957, having been signed by Bologna from Racing Club de Avellaneda. It was at Racing, his hometown club, that Maschio achieved hero status and earned the nickname El Bocha [The Slaphead], on account of the shaved head his mother used to give him as a child. His departure enraged the Racing faithful. Not only was Maschio a great player, he was also one of them, born and raised in Avellaneda, a diehard Racing supporter.

Maschio was already one of the great prospects in Argentine football. With nine goals, he was top scorer at the 1957 Copa America, which Argentine won with a team made up of the likes of Omar Sivori, Antonio Angelillo, Osvaldo Cruz and Omar Corbatta. The group became known as Los Carasucias – The Angels with Dirty Faces – and should have led Argentina at the 1958 World Cup in Sweden, had the Argentine FA not decided to exclude players plying their trade abroad like Sivori, Angelillo and Maschio, who even went on to represent the Italian national team.

In Bologna, Maschio was played as a centre-forward and managed to show only glimpses of his talent. After two years at the club he joined Atalanta, where coach Ferruccio Valcareggi moved him back into the trequartista position, where he had more space to indulge his creative side. It was a role Maschio was used to, after Racing manager Saul Ongaro had adopted the system to get him and Angelillo on the pitch at the same time.

Three years of impressive performances for Atalanta saw Maschio – whose birth certificate reads Humberto Dionisio Maschio Bonassi and whose family has Lombardy origins – called up to the Italian national side. He was part of the Italy squad that contested the 1962 World Cup in Chile and played in the infamous Chile v Italy match now known as the Battle of Santiago, in which he received a broken nose following a punch from Leonel Sanchez.

On his return to Italy, Maschio joined Inter, with whom he would win the 1962/63 Scudetto. The Nerazzurri were on the verge of European domination, but Maschio decided to join his old Atalanta coach Valcareggi at Fiorentina, where he won the Coppa Italia before returning home to Racing. Under the stewardship of Jose Pizzuti, Racing won the Copa Libertadores and Intercontinental Cup in 1967 as the team wrote its name into the history books as one of the greatest South American club sides ever. Bright young things Roberto Perfumo and Alfio Basile were the stars of the team, but it was the 34-year-old Maschio whose name the fans sung loudest.