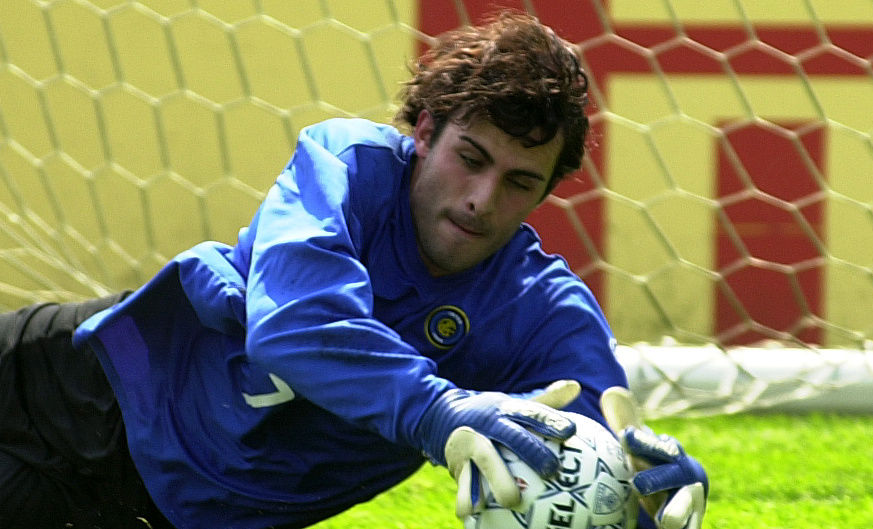 ALEX CORDAZ AND THE SERIE A DREAM

MILAN – Keeping goal for Inter in Serie A: for many years, the dream was tantalising close for Alex Cordaz, always just over the horizon. Ultimately, there comes a point when you have to face up to the reality of the situation and that process can be a painful one.

Nevertheless, for a guy who has been through his fair share of tribulations in life, the current Crotone goalkeeper wasn’t prepared to give up on his ambitions; he just needed to adjust the parameters slightly. He still intended on gracing the turf of San Siro in the Italian top flight, but it was more likely going to happen against the club that he represented honourably as a youngster in Corrado Verdelli’s Primavera.

Cordaz joined Inter from the small town of Villa di Villa, part of Cordignano in the province of Treviso, but he had no problems finding his feet in Milan. His early years at the club were marked by a competitive battle for the keeper’s spot with the equally promising Mathieu Moreau, as well as his sense of responsibility at being part of one of the best football academies in Europe.

During this period, he began to attract attention due to his excellent performances for Inter U19, including when he broke the record for clean sheets at the Viareggio Cup, helping his team-mates to victory in the final against a Torino line-up featuring Federico Marchetti and Fabio Quagliarella. His consistency between the sticks established a platform that allowed his team-mates to run wild, as the side spearheaded by Goran Pandev and Obafemi Martins won the Primavera championship in 2001/02.

Despite a first-team debut in the Coppa Italia semi-final against Marcello Lippi’s Juventus in 2003/04, this promising start didn’t lead to the expected happy ending. After being farmed out on loan to various clubs in Serie B and C1, he left Inter in search of top-flight football elsewhere, which eventually came in the form of Slovenian outfit ND Gorica some years later. Outside of Italy, his chances of performing in his homeland’s most iconic stadiums seemed all but dashed.

From Slovenia, Cordaz then continued his journey through footballing backwaters at Lugano in Switzerland. It was a tough experience for him, as consecutive promotion attempts to the Super League failed at the final hurdle, but formative nonetheless. The locals in Canton Ticino still remember his strong Venetian accent as he shouted out instructions from his penalty area and the modern way he’d bend his legs when kicking out of hand, a technique unseen at the time in Swiss football.

Cordaz became a leader at Lugano, on and off the pitch, and took up the same mantle at his next club, Crotone. It was there during the memorable 2015/16 campaign that he kept 21 clean sheets (enough to win him the Serie B Goalkeeper of the Season award) in the Calabrians’ successful promotion to Serie A.

Wearing a pink jersey in honour of his idol, cycling legend Marco Pantani, his joy at the realisation he’d finally made it to the Italian top division aged 33 was uncontainable. Add in the fact Crotone had never made it as high as Serie A in their history and you have all the ingredients of a true fairy tale.

However, Cordaz’s drive to continuously push the boundaries of what was possible has stayed the same as in his Inter Primavera days. Now at the top table, he hasn’t stopped setting himself ambitious aims, such as trying to preserve the tiny Calabrian club’s Serie A status.

On Sunday at the Stadio Ezio Scida, this journeyman of football will be able to embrace Inter once again, the place where his wonderful story began.