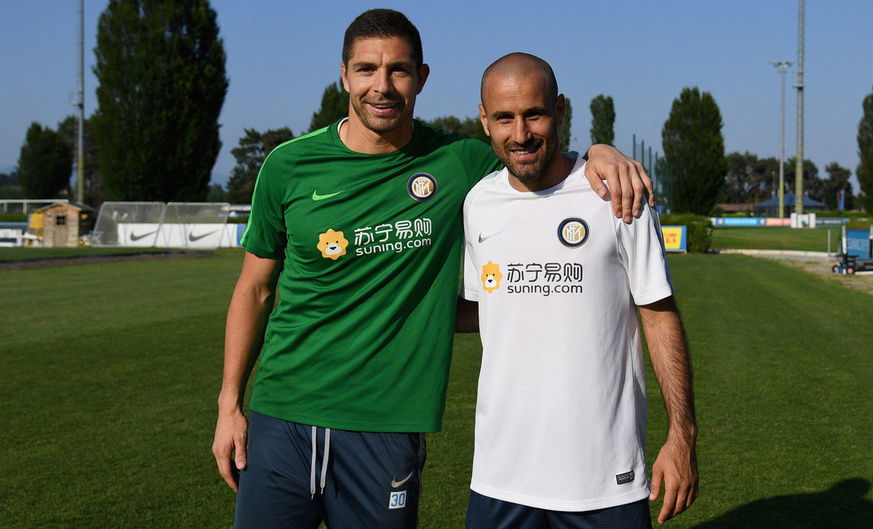 MILAN – Sunday’s match between Inter and Udinese will be a chance for the Stadio Giuseppe Meazza to bid farewell to Rodrigo Palacio and Juan Pablo Carrizo, both of whom will be leaving Inter at the end of the season.

Palacio has spent five years with the Nerazzurri since joining in the summer of 2012. The Argentine striker has scored a total of 58 goals (39 in Serie A, six in the Coppa Italia and 13 in Europe) in 166 games for the club. The Inter No.8 has always been a well-respected member of the squad on account of the way he has always given his all for the Nerazzurri cause. The fans will have many fond memories of the Argentine, not least the stunning backheel flick which handed Inter a derby win over AC Milan in December 2013. A striker blessed with impressive tactical intelligence, Palacio is a hard-working team player and even once kept a clean sheet after being called on to fill in between the sticks.

Arriving in Milan just a few months after Palacio, Juan Pablo Carrizo has shown the utmost professionalism and team spirit in his role as the back-up goalkeeper to Samir Handanovic. In total, the Argentine has made 26 appearances for Inter, becoming a key figure in the dressing room over the course of his stay with the club.

Everyone at Inter would like to wish both Rodrigo and Juan Pablo the best of luck for the future. They will always be welcome back at the club!

Conte: “We come into this game off of a victory that gave us lots of enthusiasm, but tomorrow we start again and must give our all"”

Maresca to referee Udinese vs. Inter