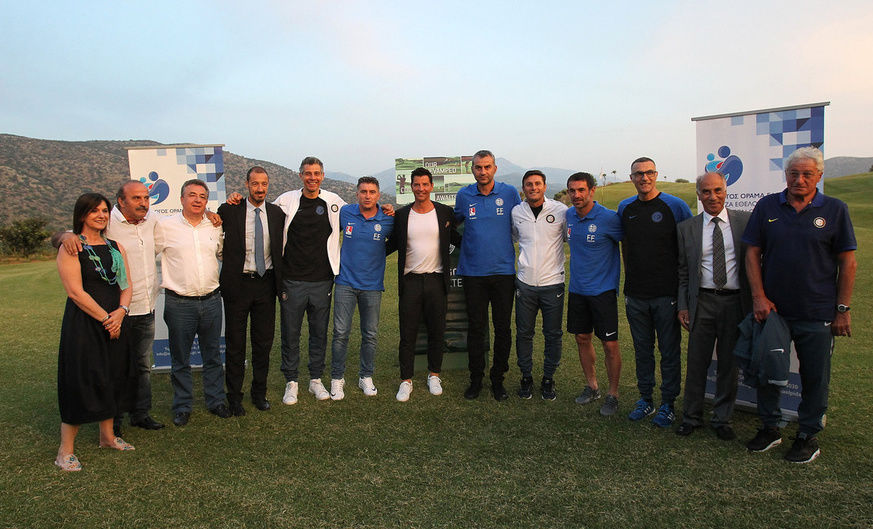 HERAKLION – Inter Forever have arrived on the Greek island of Crete ahead of their charity match against Greece’s Euro 2004 winning side on Wednesday at 19:30 CEST.

The game is being hotly anticipated in Greece as it will be the first time Otto Rehhagel’s side, who made history by defeating Portugal in the final in 2004, have played an international match since joining the legends circuit.

"I want to thank the mayor and all the authorities that have made this event possible," said Zanetti at the press conference. "Thank you for the invite. It is an honour for us to be here to face a team that made history in this country. Above all, we hope the game is a great success because of the charitable cause connected to the event. I believe that is the most important thing – we hope lots of people come to see us tomorrow."

"More than anything, I want to thank Greece’s heroes," he said. "Sport has to unite and convey important values. They will be heroes forever because there is nothing better than winning with your national team. I won the World Cup with Italy in 1982 so I know it very well. I played with Javier and gave him the armband, I played with Toldo and Luciano Castellani was my coach, so there is a link between us all. It’s wonderful to be able to make people happy by playing football all around the world, especially when it’s for a good cause."

Next to speak was Inter Forever director Francesco Toldo.

"Good evening, Heraklion!" he began. "Inter Forever is proud to play against such a great side. I know it’s been said but I want to reiterate the charitable aspect of this initiative. I also think there are parallels between Greece’s win at Euro 2004 and our treble in 2010 – both were successes achieved on account of the talent of players and the fact that they played as men. Thirteen years down the line, you Greek heroes have shown how big your hearts are by coming together for this cause. I’m sure tomorrow will be a great spectacle – thanks to [Giorgos] Karagounis, who made it happen."

"I’m not a great coach – I’m more like a friend to them," he admitted. "We’re playing against a legendary Greek side. Footballers become legends when they play with their heart. Perhaps the legs won’t be what they once were tomorrow, but the most important thing is that they put their heart into it. I won the Scudetto with Torino 40 years ago, but when I went back for the inauguration of the Stadio Filadelfia the fans still remembered that title win, even after all those years. Your success will never be forgotten. I’m delighted to be here as coach."

EXCLUSIVE | Cruz: "My goals against Juve and that special shirt I love..."