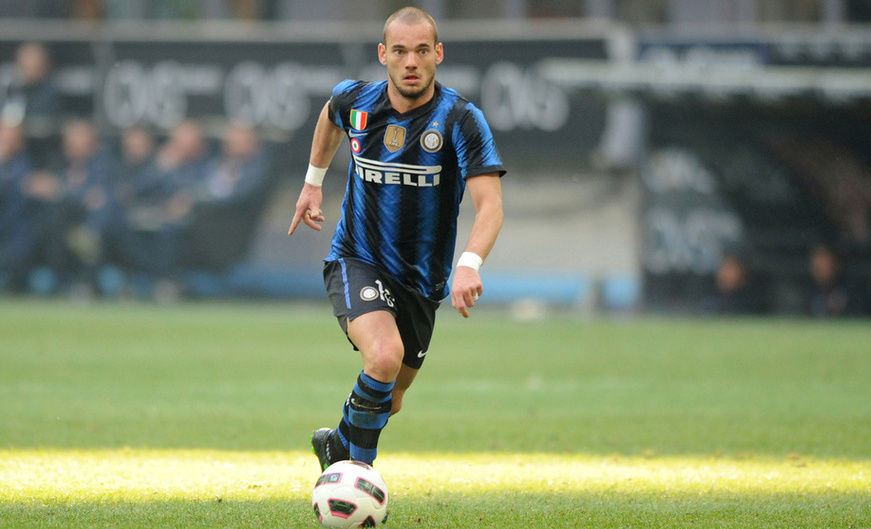 On the day he turns 33, we recall some of the highs in the career of one of our treble heroes

MILAN - Wesley Benjamin Sneijder was born on 9 June 1984 in Utrecht, not far south of Amsterdam. Hailing from the land of Total Football, that school erected by Rinus Michels and Johan Cruyff upon talent, creativity and discipline, it's perhaps not surprising that Wes went on to become an artist of the game, and one of the most successful Dutchmen at that - no one has turned out more for the Netherlands than Sneijder (he's level on 130 caps with Edwin van der Sar).

Fast forward almost 26 years to an April night in 2010, when an eerie silence fell across a packed Meazza. Pedro Rodriguez had just opened the scoring for Barcelona – the team many held up as the best in the world at the time. Perhaps they were until that night.

But Jose Mourinho's Inter were made of resilient stuff – and Wes as much as anyone. His goal was more than just an equaliser; it was tangible proof that Barcelona side could be hurt. The first joy of what would go down as a historic night for the Nerazzurri, and possibly their biggest statement of intent on their way to the treble.

Wes proved key to all that as he laid on an assist in the Champions League semi-final and another in the final, before starting the move that led to Diego Milito's second at the Bernabeu. The same stadium that had snubbed him less than 12 months beforehand, by allowing him to move on.

Wesley Benjamin Sneijder from Utrecht, who had grown up at Ajax, did move on, wasting no time in doing so. Just hours after landing in Milan, he picked up the Nerazzurri No.10 shirt and produced a display full of personality and charisma as Inter triumphed 4-0 in the derby.

Sneijder took that same charisma with him to Turkey when he joined Galatasaray, where he quickly won over the local fans with his silky skills. He forever won a place in their hearts when he single-handedly downed derby rivals Fenerbahce with two long-range screamers in the dying minutes.

A few months prior to that he had slayed Juventus in the Champions League, his right foot settling a match that had lasted almost a day. There was snow stopping Wes.

His departure from Inter in January 2013 did nothing to erase that extraordinary season when he helped Inter win the Coppa Italia, Serie A and Champions League. He was a perfect fit in Jose Mourinho's 4-2-3-1. A perfect fit in the realisation of a dream. And that is how Nerazzurri fans will remember him.