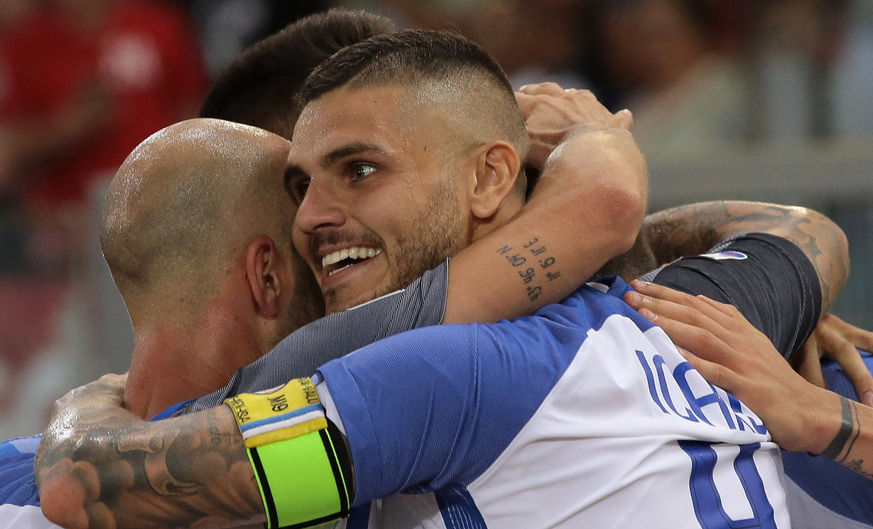 ROME – It was a beautiful summer evening at the Stadio Olimpico as the Nerazzurri celebrated a win in another big fixture on matchday two. The teams started as pre-match news suggested they would and Inter began with the tempo of a great team. There were two big chances in the opening minutes and the home team was pinned back in their area. Roma then reacted and two minutes later, Kolarov hit the post with a shot from distance after a corner as he was one of the liveliest players in the Giallorossi’s ranks.

A minute later, Roma went ahead. Nainggolan played a key role as ever. Dzeko received a pass from the Belgian in the area and beat Handanovic at his near post. Inter looked to respond with Candreva testing Alisson from range but the Brazilian was equal to it. The story didn’t change as Inter were playing better while Roma created the better chances. In the 39th minute, Nainggolan hit Handanovic’s right post with an excellent strike but the scoreline remained the same at 1-0. Again, nothing changed in the 43rd minute as the Roma goalkeeper made a great save from Icardi who did well to get a shot away after a Candreva pass.

The second half began with Joao Mario taking the place of Gagliardini alongside Borja Valero in the centre of midfield. Ten minutes in, Dalbert came on for Nagatomo to make his Serie A debut. Roma continued to improve and Perotti hit the point where the crossbar and post meet as the home side struck the woodwork for the third time. When it seemed set that Roma would make it 2-0, Icardi remembered that he hadn’t scored at this stadium before beating Alisson with a great stop and strike.
The Nerazzurri took heart at the Stadio Olimpico. Two minutes later, Joao Mario picked out Candreva in the six-yard-box to send him one-on-one with the goalkeeper but unfortunately the finish wasn’t as good as the move.

Inter continued to attack and in the 75th minute, Icardi scored a fantastic goal from Perisic’s brilliant burst up the left. The captain didn’t stop asserting himself and went close to adding a third as he went through one-on-one from Joao Mario’s through-ball and Alisson did very well to stay on his feet and make the save. Roma went close to recovering through Nainggolan who fired over from just outside the Inter box. The story of the match then repeated itself. Perisic broke before finding Matias Vecino in the box for Inter’s third goal. There was time for one more Joao Mario chance before the match finished with celebrations in front of the away fans. Now, it’s time for an international break before we return with Inter vs. Spal.

Next
Spalletti: “We did well to persist with our style of football”

Satriano: "Always good to score. I'm learning so much"

Gallery: Inter get straight back to work