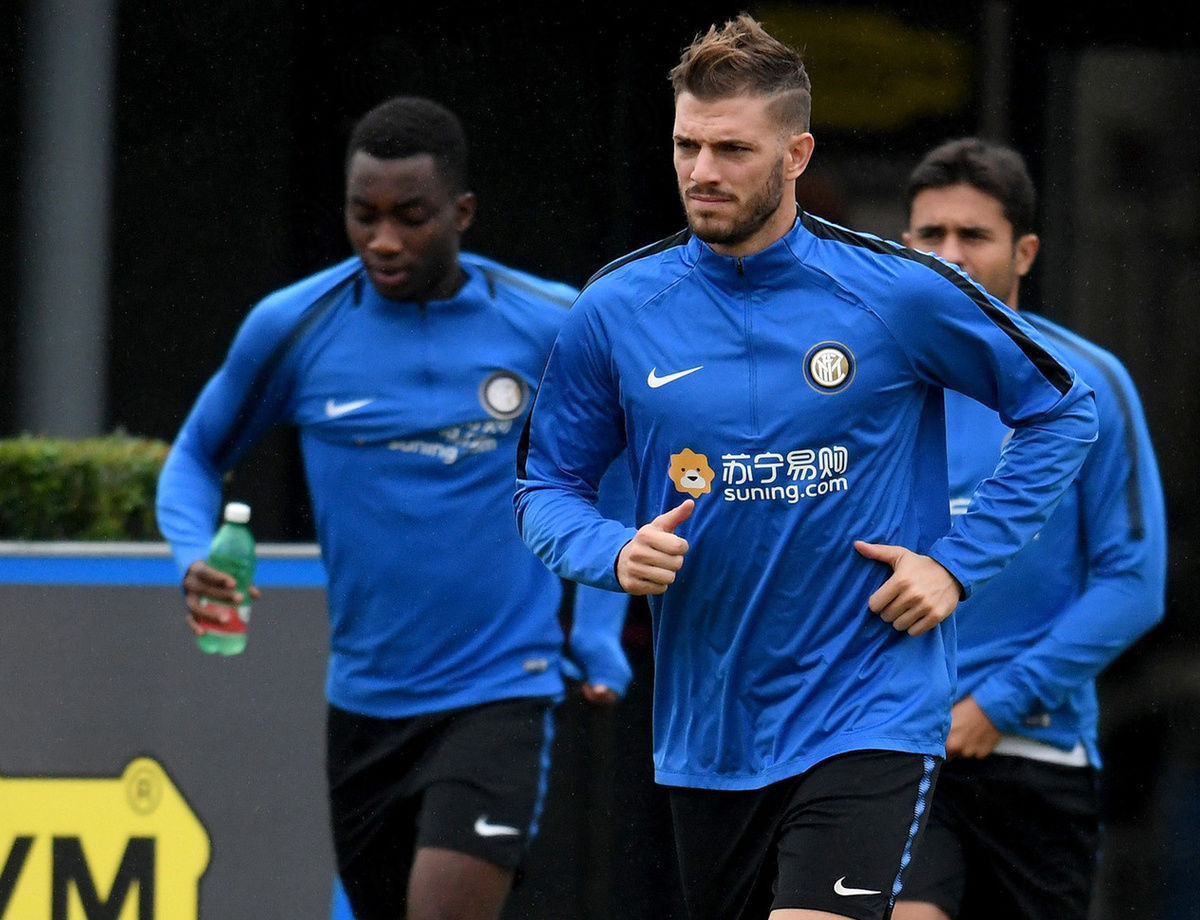 SANTON: “I’M PLEASED TO BE BACK WITH THE SQUAD”

This is what the Nerazzurri defender had to say following his recent recovery from injury: “Against Genoa we must play to win”

APPIANO GENTILE - “I’m rejoining the squad for the first time in two months and I’m training well,” said Davide  Santon to the Inter Channel after recently rejoining his teammates in training a few days ago. “I will need a bit of time because I have been out for two months after suffering a bad sprain during pre-season in Brunico. It took a long time, but now I am recovering bit by bit. It was a great feeling to make my return and feel part of the selected squad once again.”

Santon also stressed the importance of his Inter teammates in assisting his recovery: “My teammates helped in terms of my recovery because I have a great relationship with them,” he added. “I feel good here and they’ve always supported me. It is always horrible when you are not training and absent from the group. Now I’ve returned I will need a bit of time although I will be back like before.”

Speaking of Sunday’s match at the San Siro, the full-back analysed opponents Genoa and also insisted that the Nerazzurri must be willing to play with ambition: “Genoa are going through a bit of a rough patch but they started the season in positive fashion,” Santon continued. “Their performances have been good even if they haven’t got the desired results. They are a tough team to play because they are always very fit. You expect them to be strong on the counter-attack, so you must always stay alert and make the most of your qualities. We must play to win.”

Finally, Santon was keen to thank the Nerazzurri fans for their intense support so far this season: “The crowd are giving us a great helping hand,” he concluded. “As we all know, the Inter fans are always fantastic and their support is never lacking, as he saw during the game against Spal when the stadium was almost full. It always fantastic when you head out on to the pitch and the stadium is like this. We want to thank them and also repay them with a great victory. This would be the best thing for everyone.”

Next
The Primavera photo gallery from Inter vs. ChievoVerona