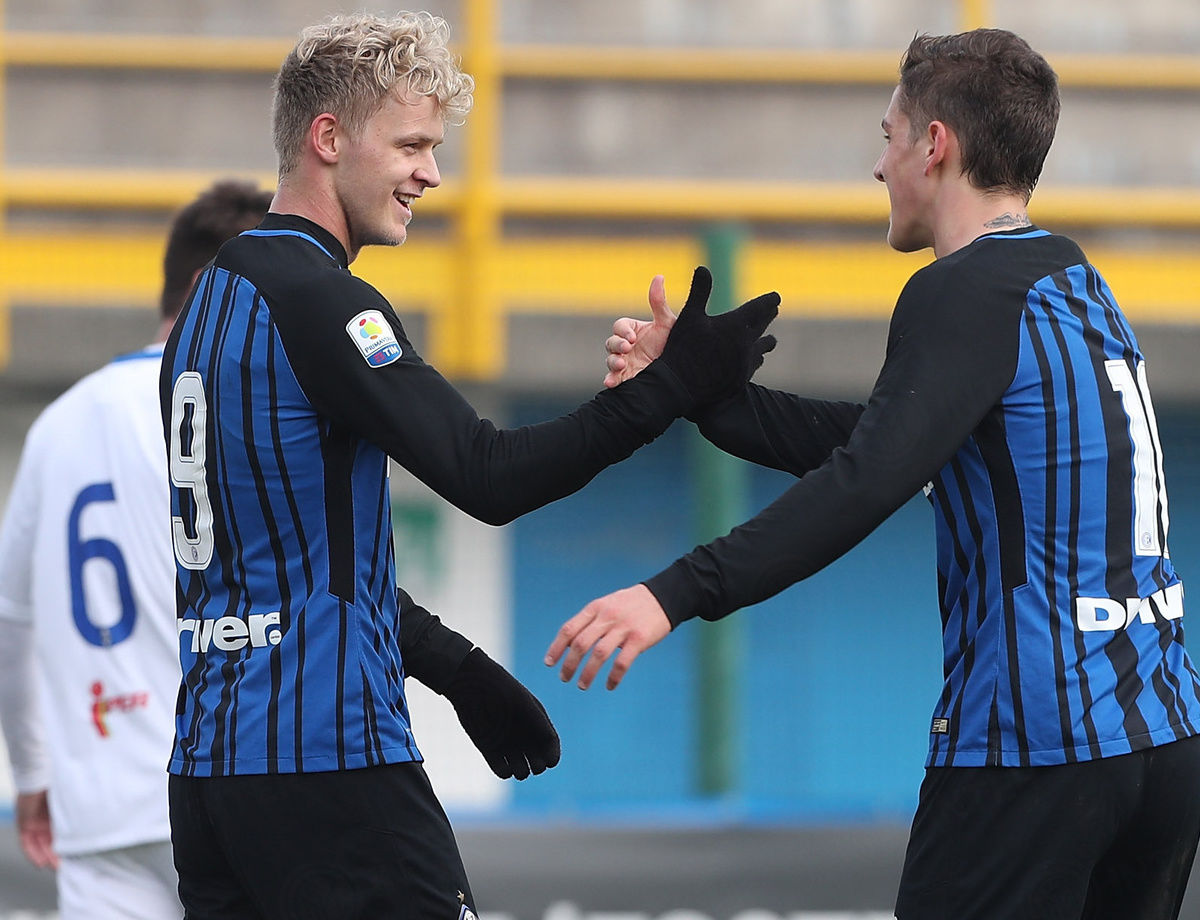 A mistake from the referee in the dying moments denied Vecchi's U-19s the chance to win and go top following goals from Zaniolo, Odgaard and Zappa.

Sesto San Giovanni – The 19th week of the Primavera 1 TIM championship saw an exciting match at the Stadio Breda where Inter Under-19s were held to a 3-3 draw by Atalanta. The Bergamo outfit needed a penalty in injury time to prevent Vecchi's boys from getting the win that would have put them top of the table.

Following a good Dekic save from Zortea's effort, it was Inter who opened the scoring thanks to Nicolò Zaniolo's ninth of the season. The forward received the ball from Zappa, controlled in the area and beat Carnesecchi with a right-footed shot to make the score 1-0. Vecchi's players then tried to capitalise on that boost through Colidio who failed to find the net from two decent chances.

A free kick was enough for Atalanta to get back on level terms. Bolis' strike from 22 yards left Dekic with no chance. Just eight minutes later, the visitors had turned the game on its head with a goal from Migliorelli. The Atalanta wide man exchanged passes with Nivokazi, broke into the box and found the right finish. The excitement for the first half was not over, however, as Odgaard got onto the end of Colidio's pass after 39 minutes and finished at the second attempt after Alari blocked his first shot to make it 2-2.

Inter went very close to taking the lead just after half time. A great ball from Colidio flashed across the face of goal but neither Zaniolo or Zappa could get a decisive touch. Atalanta responded just a few minutes later when Migliorelli's cross found Zortea at the back post but he was off balance and his shot went just over. Having survived, Inter started to press and regained the lead on 66 minutes. Zaniolo knocked the ball into the path of Zappa who launched a great strike into the top corner to give the Nerazzurri a 3-2 lead.

In the final quarter of the match, Lombardoni and his team had at least two clear chances on the counter to put the game beyond doubt but Rover could not find the composure to finish. Rada then received his second yellow and Carnesecchi saved well from Adorante's long-range effort before the howler arrived deep into injury time. Referee Prontera awarded a penalty for handball against Sala when in fact the ball had struck the Inter defender on the chest. Bolis made no mistake from the spot and sealed a 3-3 draw for his team three minutes into stoppage time.

Next
The starting line-ups for Inter vs. Bologna

REVERSE SHOT | All the emotions from the final against Roma