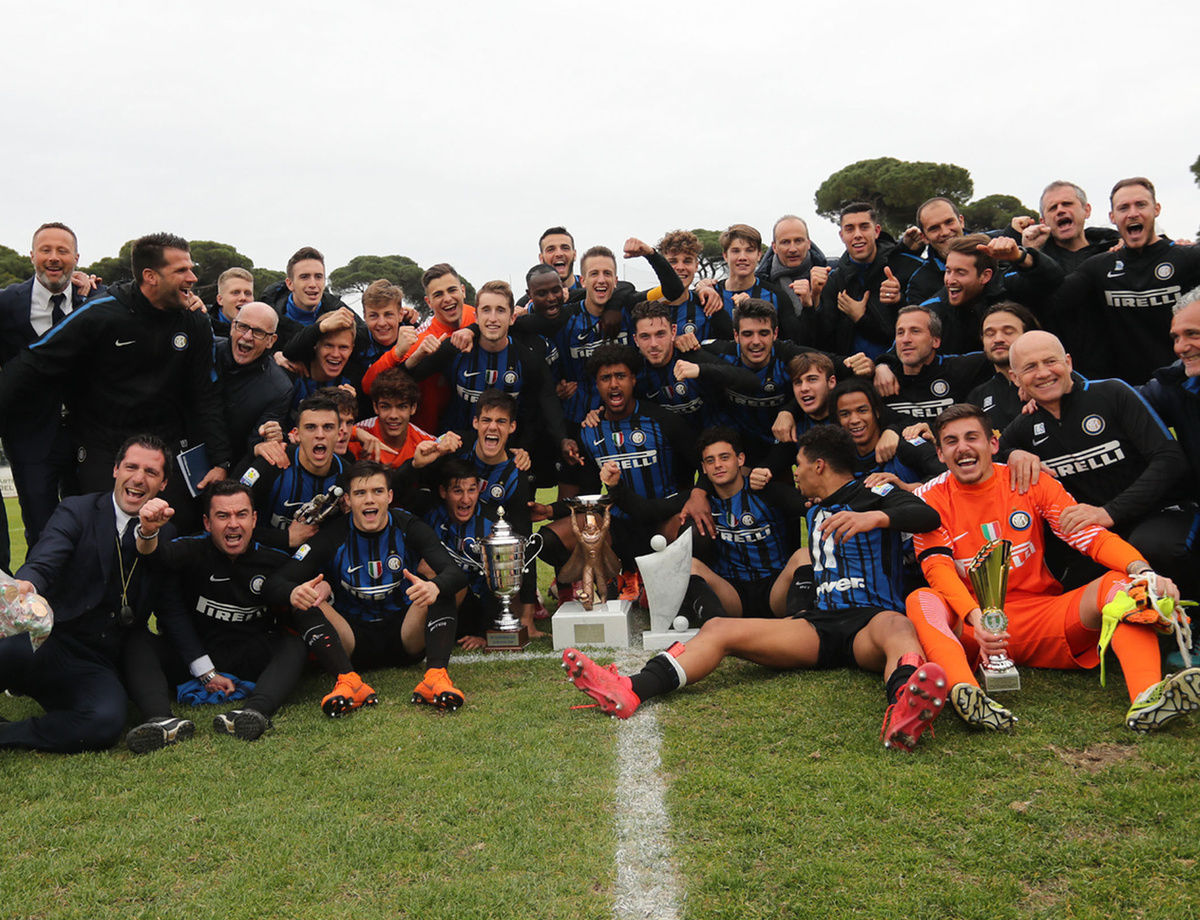 COMMENTS FROM THE KEY PLAYERS AT THE VIAREGGIO CUP

"It's a big win, we knew it would be hard but we stayed compact and found the strength to win. We're a fantastic group"

VIAREGGIO - After the final whistle, the side was able to celebrate in a ‘light’ fashion as they have to keep an eye on Saturday’s match with Roma. After winning the eighth Viareggio Cup in club history, Stefano Vecchi’s players spoke with Inter TV. Captain Marco Sala was first: "It’s a big win, we knew that it would be difficult but we were able to stay compact and find the strength to win. To lift the trophy as captain is a source of pride, today we showed again that we’re a fantastic group. The match changed after we conceded, we lifted ourselves up and got the goal in the end. You could see that we had more about ourselves. In three days, we have another important match, we’ll have time to celebrate further down the line."

Gabriele Zappa was presented with an award as the best player. "I’m happy to have won this prize but even happier with the group’s win. Because of how we train, we were able to play every two days and now today I could play another 30 minutes. It’s thanks to our daily work. At the start, we were a bit timid but then we loosened up and played well."

After coming on to score the winner, Edoardo Vergani also gave his thoughts. "I’m very happy, not just for the goal but for having played and won. We’re a team that never gives up and we showed it today. We’re a great team and a wonderful group, I settled in well with everyone from the start. The goal? I saw the ball there and didn’t think twice. It went well at the second attempt. We’ll already be thinking about Roma and the league from tomorrow."

Next
Samaden: "It's a win for the entire Youth Sector"