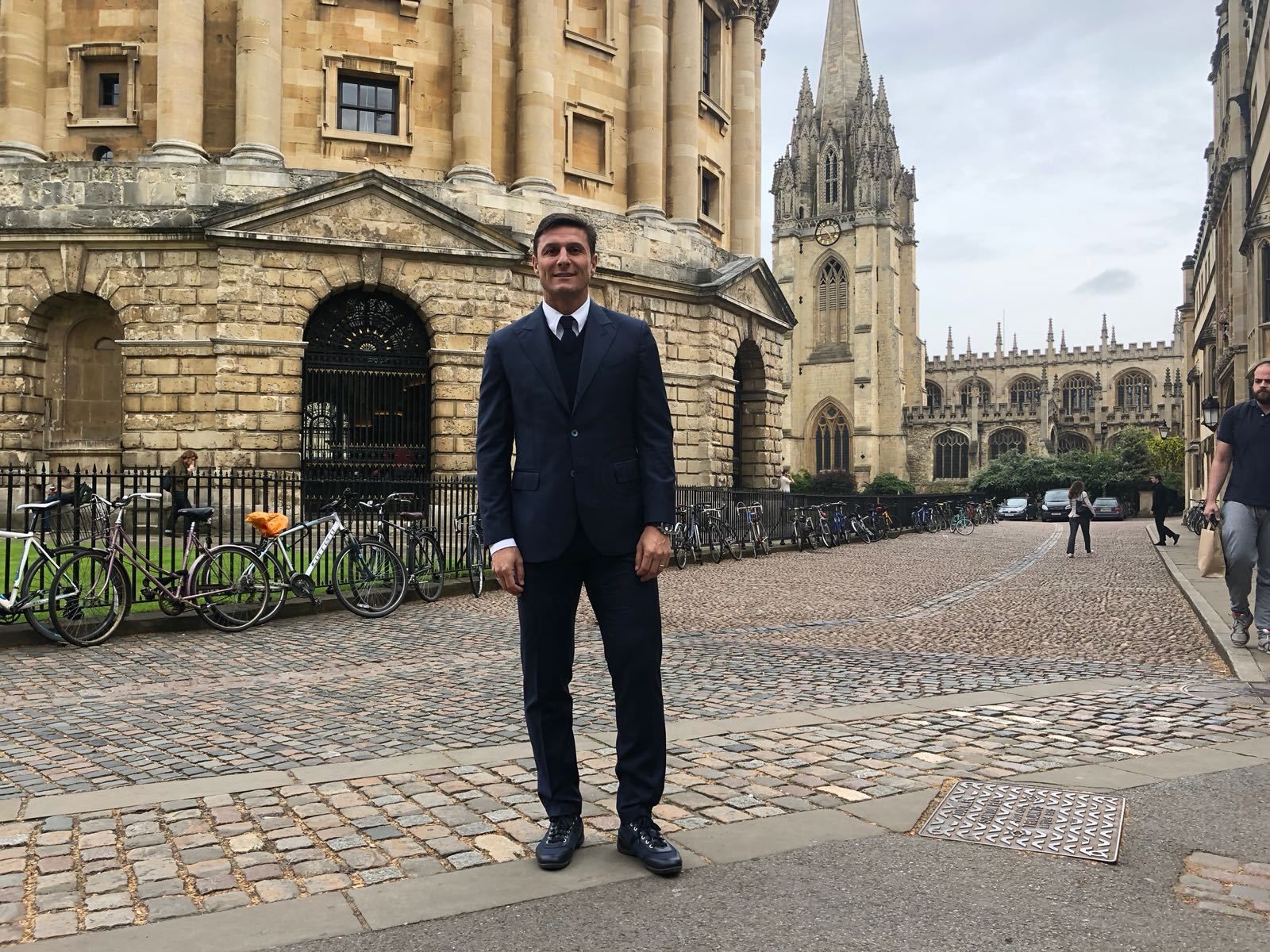 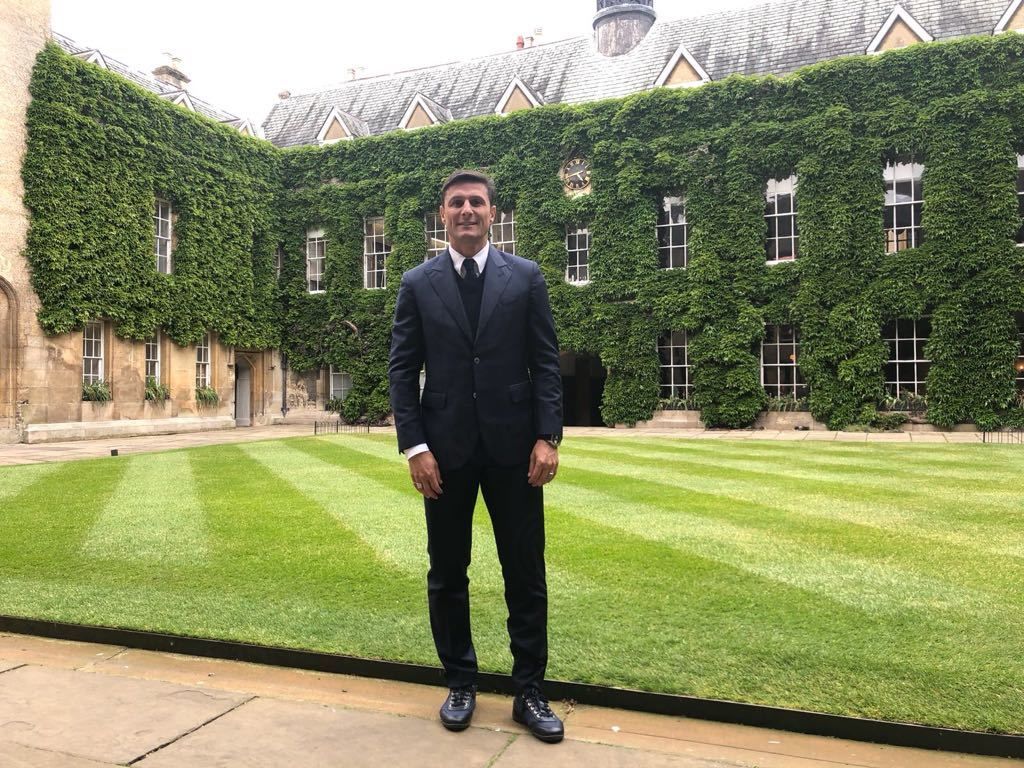 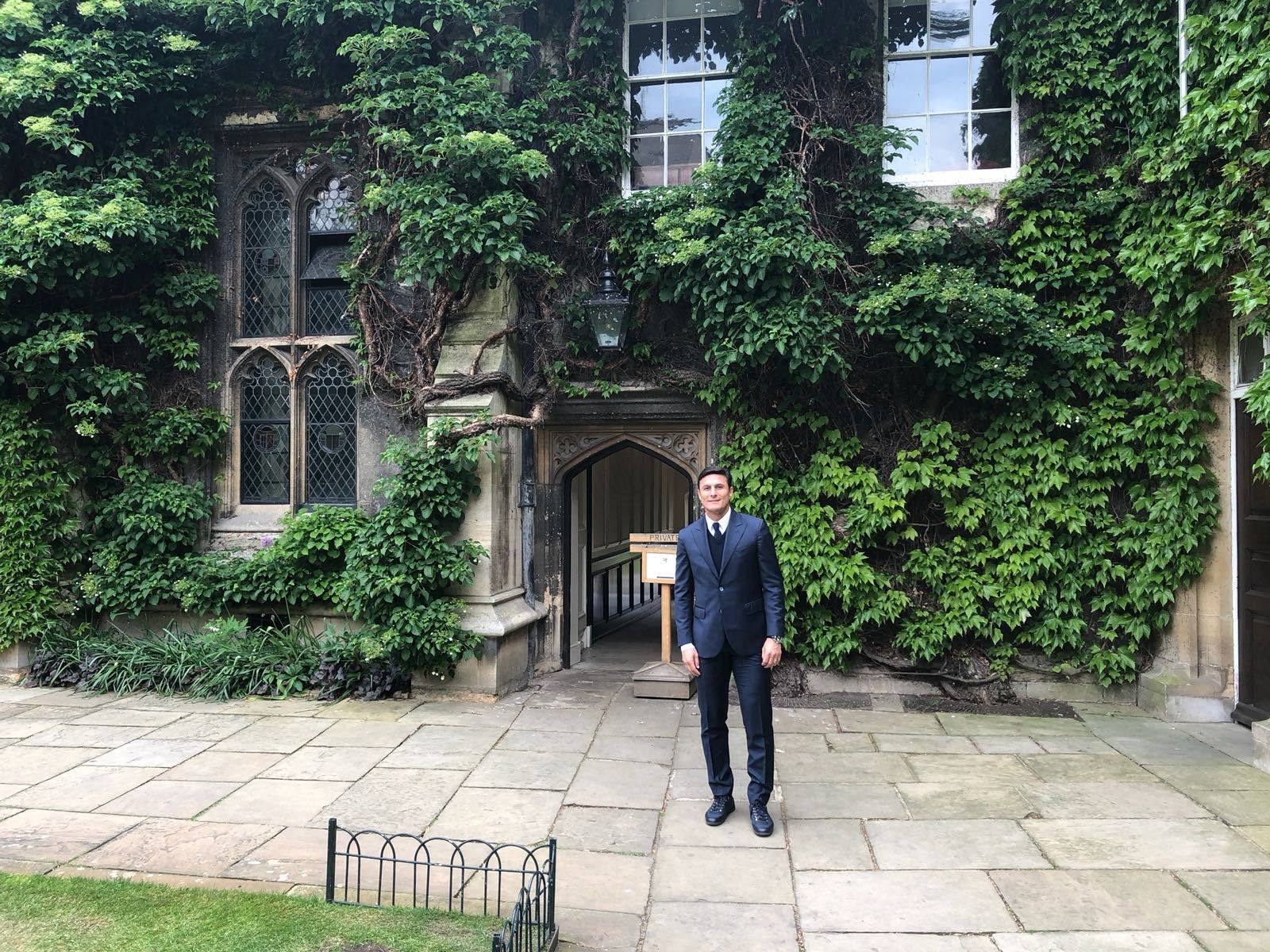 OXFORD - The Nerazzurri’s vice-president Javier Zanetti was yesterday the main star during a meeting on sporting ethics and values at Lincoln College in Oxford. Invited by the event’s creators and organisers, Giovanni Pasquali and Cristian Trovato, who’re the Emeritus President and President of Oxford’s Italian society respectively, Zanetti spoke for over an hour to students in the Oakeshott Room at the British University. Here is was what Zanetti had to say:

“We have to be positive role models for the kids that follow what we do. We must never forget this. My family upbringing helped me a lot in terms of not losing sight of what’s important in life. All of our actions are played out in front of millions of people. We need to spread the educational and positive values of sport, helping kids to grow in terms of respect and loyalty.

“Returning back to my childhood memories, my dream was always to play football. The example of my parents taught me that sacrifice was needed in everything I did. Gradually, as a I grew older, my passion for this sport only increased. However, I remember how bad I felt when a coach from my team told me that I would never make it as a player because I was too small.

“I then started to work with my father and I began to realise how much effort he put into every day. One day, I was knocking a wall down with him on a building site and he suddenly asked me what I wanted to be when I was older. I told him that I only wanted to play football. Leaving behind that previous disappointment from the team that I cared for deeply, I tried once again and that was how I started my career as a footballer.

“It was difficult to leave Argentina as a youngster and I didn’t expect the call from Inter. I was playing for a small team at the time and I thought it would take some time before I was playing European football, therefore, I was scared at first. However, luckily for me I always had a fantastic person stood by my side - my wife Paula. It was an important decision and one that changed my life immensely, but I still keep my feet on the ground and I never forget where I’ve come from. This the secret to keeping the right balance in life. After 90 minutes, I never struggled in taking off my boots and putting back on the shoes of a normal person. It was always a natural thing for me.”

“My first memories of San Siro? I couldn’t wait to play at the Meazza and I still remember my debut against Vicenza, winning 1-0 thanks to a goal from Roberto Carlos. We were playing on the Sunday but on the Friday I drove my parents to the stadium so that they could see it lit up in the evening. Telling them that I would be playing there two days later was an indescribable feeling. My favourite position? My coaches always trusted me and they moved me around whenever they needed to, therefore, I played in practically every position across the midfield and defence. However, my favourite position was on the right side of midfield. During our Treble year, I was playing on the same side as Maicon and we had a great relationship. When he attacked I would cover him and he knew that he didn’t have to hurry back because he knew that I would be there.

“The captain’s role? A captain must set an example. A captain is not someone who shouts the loudest. I became captain very young and all of my teammates respected me because they knew that I didn’t have any other interests beyond that of the squad.

“How did the Pupi Foundation come about? Other than football, my other passion is helping those in need. In 2001, during one of the most difficult years in Argentina’s history, Paula and I decided that it was the right moment to do something for those who are less fortunate than ourselves. We started off with 34 children at the foundation and this then grew to over 1000. At the start, we couldn’t even imagine that it would become this big and have gained worldwide status. This happened also thanks to the generosity of Italians.

“Foreign investors? I think that it is a very good thing that a foreign investor is willing to engage directly with our football. It is good from an economic point of view, but also culturally and socially. Sning represents a very important example. We are an international family and social commitment is in our DNA. This is our starting point and the Zhang family understood it perfectly right from day one.”

“Roberto Mancini as the National Team’s new Head Coach? First of all, he is a great football expert and he knows Italian football inside and out. It will not be an easy task for him, but I am confident that he’ll do a great job. It will also be important as to what players he’ll have at his disposal and their desire to put themselves on the line and give their all. Lastly, Mancini also has extensive international experience that he can bring to the Azzurri.”

Next
Rocchi to referee Lazio vs. Inter