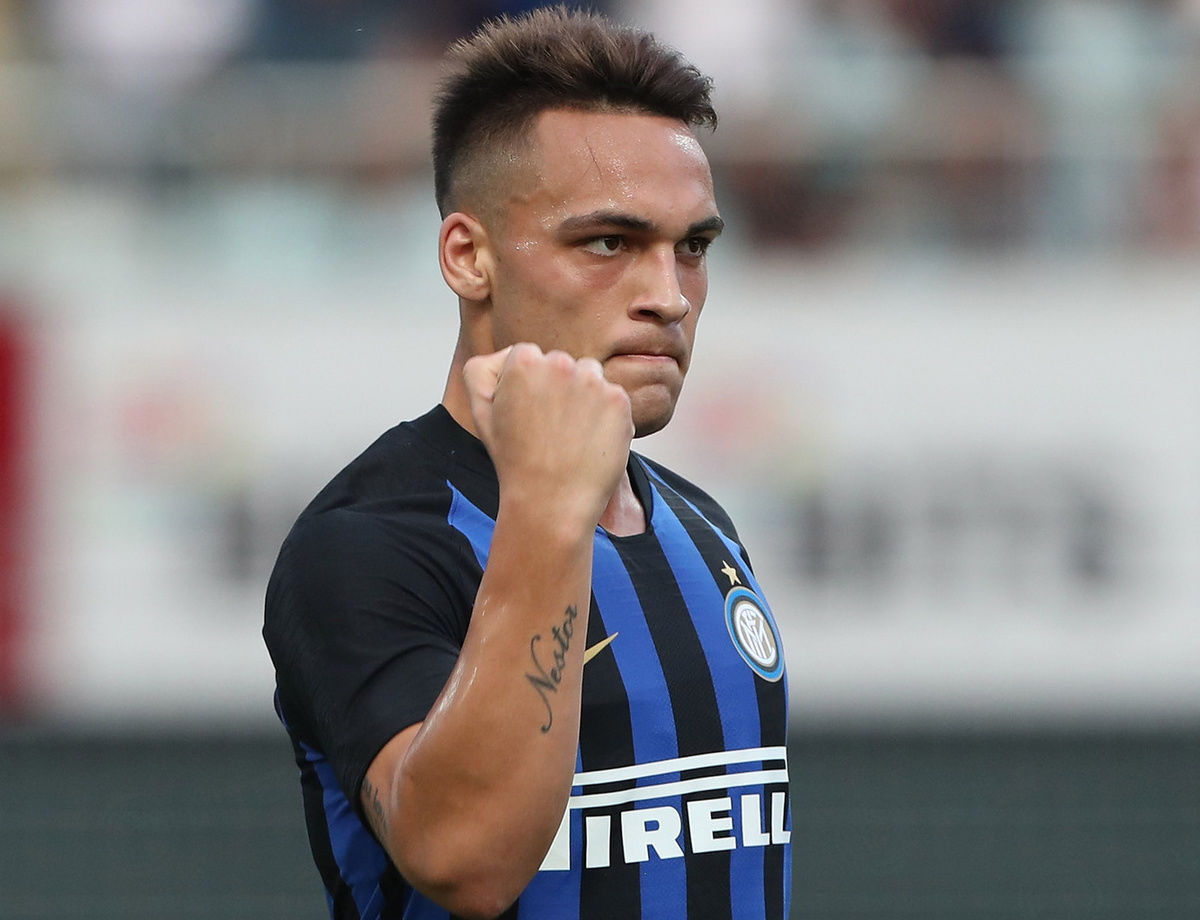 LUGANO 0-3 INTER: THE NERAZZURRI TRIUMPH IN THE #110SUMMERCUP

LUGANO - Luciano Spalletti’s Inter side got off to a solid to start to their pre-season on Saturday, beating Lugano 3-0 in the 110 Summers Cup. The Nerazzurri initially opened the scoring through Lautaro Martinez before a brace from Yann Karamoh sealed the win in the second half. The Coach set his team out in a 4-2-3-1 at the Stadio Comunale di Cornaredo, with D’Ambrosio, Ranocchia, De Vrij and Dalbert starting in front of Padelli between the sticks. Gagliardini and Emmers played just in front, with Politano, Nainggolan and Candreva all forming the rest of the midfield. The Toro was a sole presence up front.

The Nerazzurri got off to a solid start and immediately found the back of the net through D’Ambrosio, although the defender’s goal from a corner was ruled out for offside. Following a great save from Padelli to keep out Carlos Junior soon after, Luciano Spalletti’s side sprang into life once again, with Candreva thumping the post with a right-footed effort.

The first celebrations of the season came in the 16th minute when Lautaro fired the visitors in front. Nainggolan found the Argentine from the right, who forced an initial strong save from Baumann but then was quick enough to finish off the rebound. After opening his Nerazzurri account in swift fashion, El Toro then went close to scoring a second with a number of good chances. The first was a right-footed shot in the 32nd minute and the second was a close-range effort saved strongly following a well-worked set piece.

Substitutions were made at the interval, with Padelli, Ranocchia, Emmers, Dalbert and Lautaro all making way for Handanovic, Skriniar, Asamoah, Borja Valero and Karamoh. It was the Nerazzurri’s No.7 who duly made the difference, as the Frenchman scored a brace to help Inter seal the win. His opening goal came in the 50th minute following an assist from Politano, as he made the most of a defensive error to stab the ball home. His second came just five minutes later, as he finished well following a through ball from Candreva.

As the game entered its latter stages, Spalletti sent on youngsters Zappa, Roric, Salcedo and Colidio, with the young Argentine attacker going close to getting Inter’s fourth. The final 15 minutes included plenty of changes for both sides, and the game slowed down as a result. Lugano pushed hard for a consolation but Inter stood strong and ran out eventual 3-0 winners.

Next
Spalletti: "Important to have shown our work from the past few days"