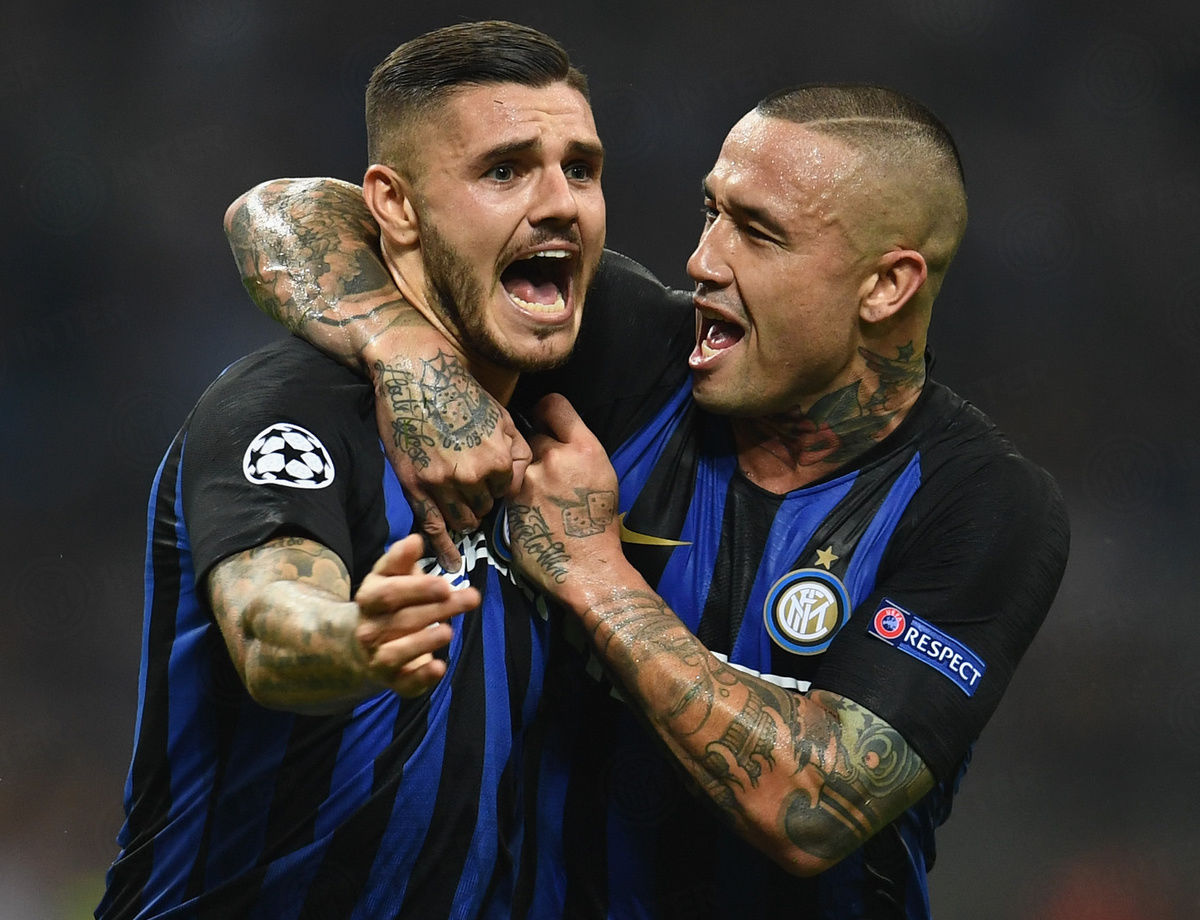 WHAT A COMEBACK AT SAN SIRO: INTER 2-1 TOTTENHAM

MILAN - Inter made their Champions League return on Tuesday night and did so in incredible fashion. Played out in front of 64,123 supporters at San Siro, Luciano Spalletti’s Nerazzurri initially went down 1-0 during their Matchday 1 Group B encounter against Tottenham, however, this was then followed by a historic comeback. Mauro Icardi scored the equaliser (a debut goal in the competition for him), while Matias Vecino then bagged a memorable winner.

Tottenham mostly dictated play during the opening stages, but Inter grew as the game wore on. The Nerazzurri threatened twice during the first 10 minutes, first through a cross from Perisic and then from a right-footed strike by Nainggolan. The 12th minute then saw a header from Perisic force an acrobatic clearance from Sanchez. Tottenham responded two minutes later, with a free-kick from Eriksen leading to a solid save from Handanovic.

With the match firmly in the balance, Vorm made a save from a Nerazzurri cross in the 26th minute, with no other player present to make contact with the ball. Inter kept pressing, and Brozovic was the next man to try his luck but struck a 34th minute shot wide of the post. The English outfit responded during the final period of the first half: first through Kane who skipped past Handanovic but ran out pitch, and then as the Slovenian shot-stopper was on hand to claim a cross from Aurier.

Inter started the second half extremely well: in the 47th minute Politano cut inside and unleashed a wicked left-footed strike that went just wide. After 53 minutes, however, the away team scored: Handanovic did well to save Eriksen’s initial powerful effort but could do nothing about the Dane’s second shot, which looped into the back of the net after deflecting off Miranda’s back. In the 55th minute, the Nerazzurri came close to conceding a second goal: Lamela’s left-footed strike came off De Vrij and narrowly avoided going in.

Inter reacted after 57 minutes, with Vorm saving low down in the Tottenham goal from Perisic’s header. Inter poured forward in their attempt to get back into the game, leaving them open to Tottenham counter-attacks: Handanovic saved twice from Lamela as the visitors looked to extend their lead. Inter were having problems, but they reacted in a fantastic way in the closing stages of the match: in the 82nd minute, Candreva, who had come on for Perisic, fired over from a good position, before something sensational happened just as all seemed lost: Asamoah’s ball from the left was met first-time on the volley by Icardi, whose thunderous effort ended in the back of the net to make it 1-1. The atmosphere in the San Siro was electric, and bedlam ensued in added time at the end of the match as Vecino (yes, it was really him) headed in after De Vrij had sent the ball in his direction following an Inter corner. It was the goal that secured a 2-1 win – a win that is extremely important to Inter in terms of their Champions League ambitions as well as for their season.

Next
Spalletti: "This win gives us a different outlook"