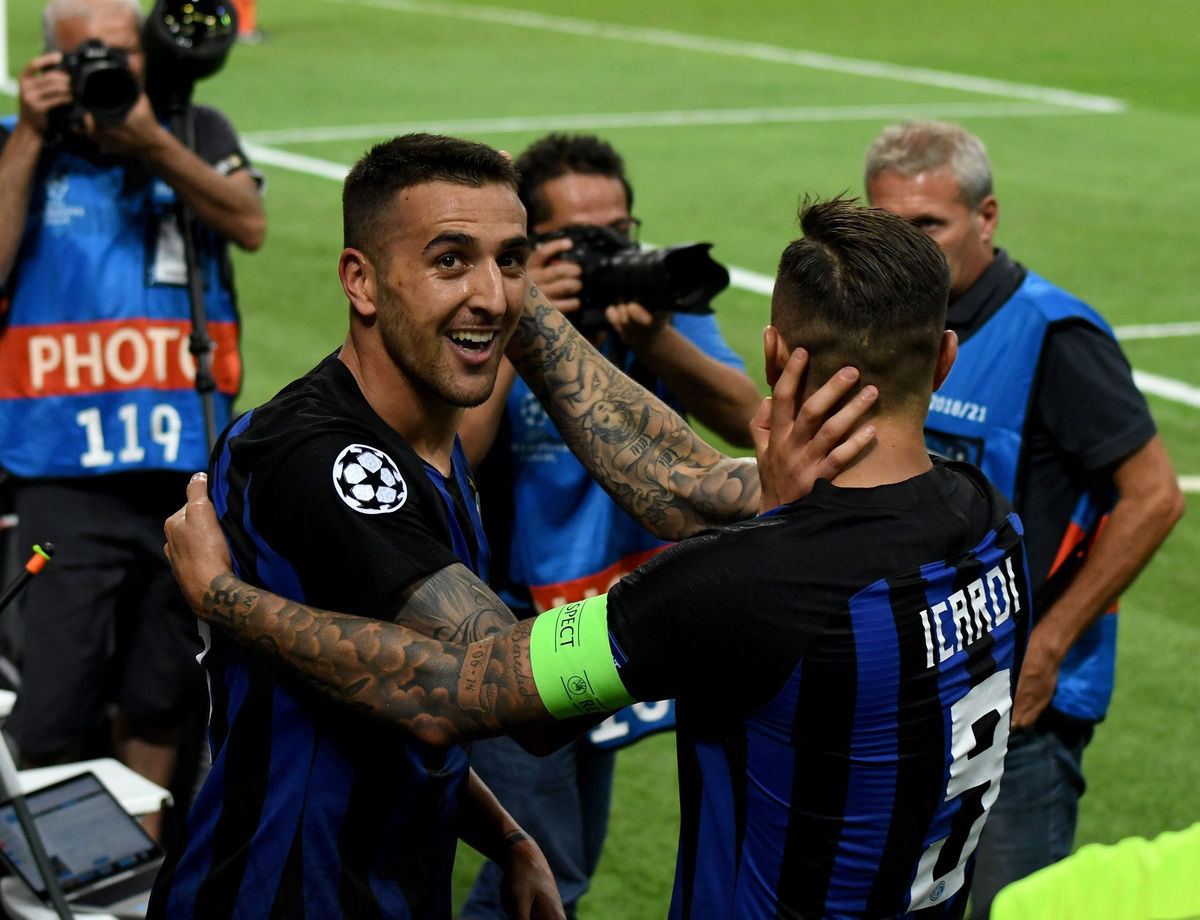 The Nerazzurri pulled off a remarkable comeback on Matchday 1 of the 2018-19 UEFA Champions League, with Spalletti's side securing all three points

19/09/2018
MILAN - 2,380 days on. The roar of the 'Championssss' shook San Siro and shook all of us to the core. It's a win against a Tottenham and a night to remember. The stars are back.
The excitement never stopped yesterday. It all began with the Lazio game at the end of last season and continued right up until the Spurs clash. In between, leading us like Virgil in Dante's Divine Comedy, was once again Matias Vecino. He was on the end of it to make it 2-1. His performance, capped off by the winning goal, was made up of four shots, 65 touches and an 85 percent pass completion rate. And lots of work behind the scenes. To allow another man to shine.
Marcelo Brozovic's performance had us rubbing our hands with glee. 75 percent of his passes were to create play and he had 90 touches - a constant metronome. A genuine deep-lying playmaker, just as Spalletti had requested. Then there was also Nainggolan, who won nine challenges out of 10, got stuck in and brought the ball forward. And Asamoah, able to stay on the pitch and produce an assist too. His was yet another performance to cherish.
Finally, there was Mauro Icardi's goal. What can you say about a piece of skill like that? He wandered out of his natural habitat and took our breath away with a root-footed volley. What can you say to Maurito who had 16 touches on the ball and then buried it when the first real chance came his way? All you can do is celebrate. 2,380 days on, we're back. #InterIsHere. Now Europe knows it too. Forza Inter.

Next
UCL, Inter vs. Tottenham: All you need to know

Inzaghi: "Disappointed but lots of positives to take"

Skriniar: "I'm proud of this team"

Handanovic: "We played well but needed to take our chances"