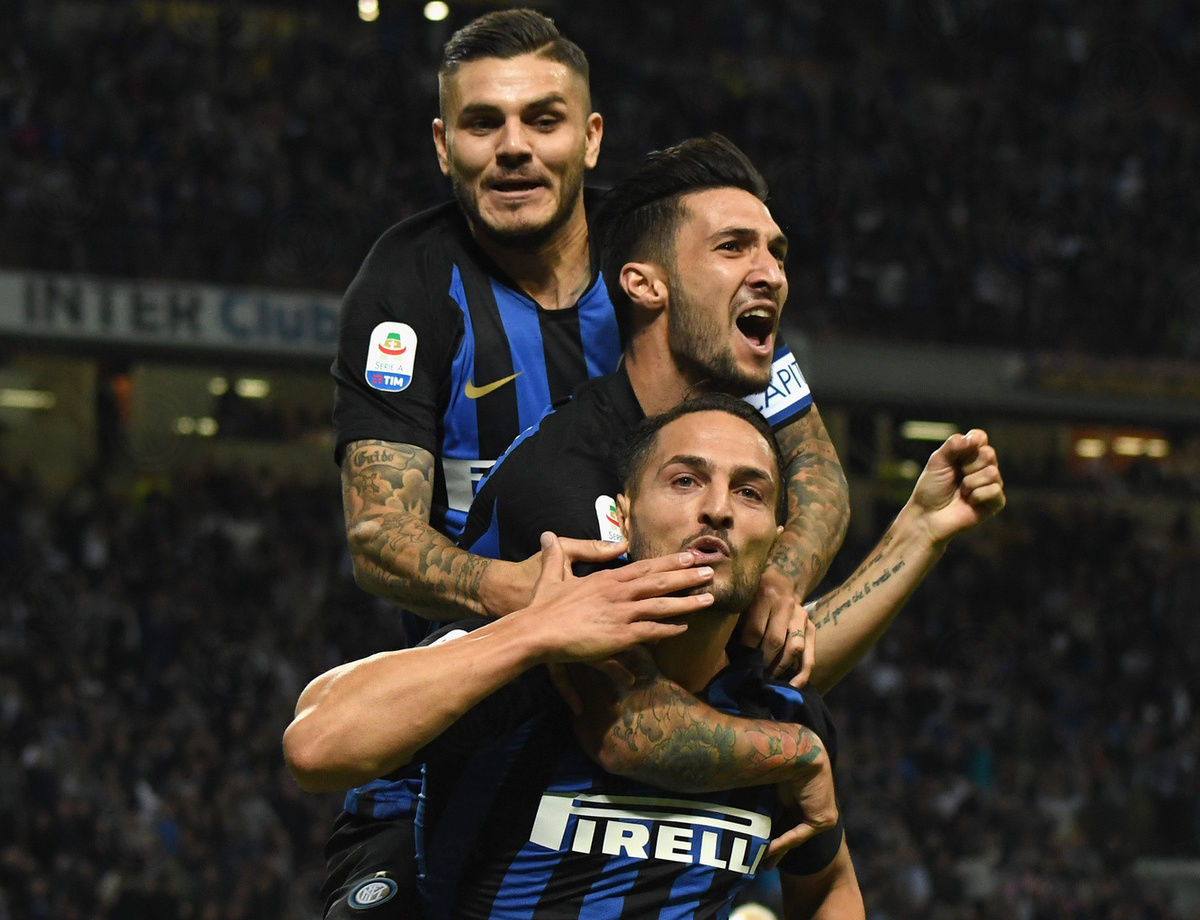 INTER KEEP UP MOMENTUM WITH 2-1 WIN OVER FIORENTINA

The Nerazzurri held on against Fiorentina on Tuesday, running out eventual 2-1 winners thanks to goals from Icardi and D'Ambrosio

MILAN - Inter picked up their third win in a row after positive results against Tottenham Hotspur and Sampdoria. In front of 55,840 supporters at San Siro, Luciano Spalletti’s side won 2-1 against Fiorentina on matchday six after a hard-fought game with Mauro Icardi and Danilo D’Ambrosio goals proving decisive after Federico Chiesa equalised.

Early on, Fiorentina got up the pitch well. In the fourth minute, the Viola hit the post through Mirallas who had been set up by Benassi. However, Inter improved as time went on. The11th minute saw Lafont give the ball away which led to Candreva striking on the volley but it flew off target. In the 15th minute, Nainggolan was the driving force behind a great counter-attack, setting up Icardi who hit a first-time strike with his right foot but the goalkeeper saved.

A few moments later, Milenkovic was alert to get to the ball ahead of Icardi in the six-yard-box as he looked to get on the end of a Candreva cross. In the 18th minute, Candreva, who was lively down the right, played it back to Perisic who fired across goal with the ball narrowly travelling wide. The Nerazzurri continued to push. In the 24th minute, Nainggolan squared the ball with a powerful cross but it went through the Fiorentina area with nobody there to get on the end of it. The visitors had a real chance in the 32nd minute when Chiesa played the ball through for Simeone but Handanovic responded to keep him out with a magnificent save. In the 44th minute, Vitor Hugo’s arm connected with a Candreva cross inside the area and Mazzoleni awarded a penalty following a VAR check. From the spot, Icardi made no mistake to score his first goal of the season and the sides headed back to the dressing rooms with Inter a goal up.

The second half started with no changes for either side, with De Vrij then having the first chance after the interval as he headed wide from a Candreva corner in the 51st minute. Fiorentina’s equaliser arrived just two minutes later, as a long-range strike from Chiesa deflected off Skriniar and left Handanovic helpless. Boosted by their goal, Pioli’s side threatened once again in the 59th minute, forcing blocks from both D’Ambrosio and Skriniar inside the penalty area. The 61st and 63rd minute then saw Handanovic called into action on two occasions, first through substitute Pjaca and then the lively Chiesa.

Inter regained their composure come the 70th minute, with Asamoah crossing in for Icardi who just sent a header just over the bar. However, the Nerazzurri remained unperturbed and got themselves back in front in the 78th minute, as D’Ambrosio and Icardi linked up well before the full-back fired accurately past Lafont. Substitute Keita then threatened three minutes later, although his right-footed strike just dipped over the crossbar.

Fiorentina kept pushing right until the very end and Vlahovic missed a good headed chance in the 91st minute. However, the final whistle was blown after five minutes of added time and Inter successfully hung on to claim a key 2-1 win!

Attention now turns to our next game: a home fixture at San Siro against Cagliari on Saturday 29 September. Always and forever, #ForzaInter!

Next
All the photos from the win at the Meazza

Lautaro: "I really wanted that goal"

Godin on his first goal for Inter: “Today we were good value for our win”