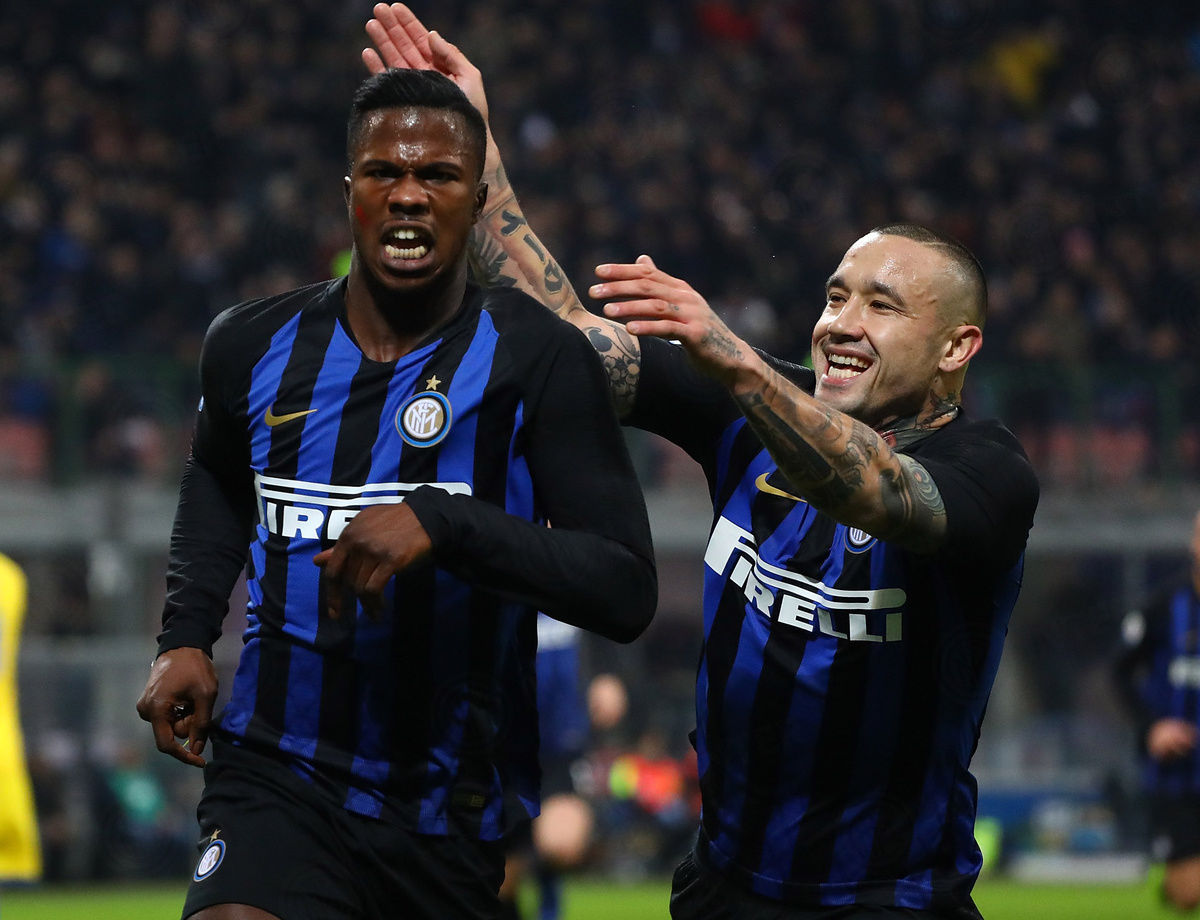 INTER 3-0 FROSINONE: KEITA AND LAUTARO PUT ON A SHOW

The Nerazzurri netted three in front of 63,645 fans at the Stadio Meazza. The Senegalese scored his first two Inter goals and El Toro moved up to two

MILAN - Inter hit their stride on their return after the international break. Luciano Spalletti’s side bounced back following the defeat in Bergamo two weeks ago, putting three past Frosinone in front of 63,645 fans at the Stadio Meazza. Keita scored two and El Toro Lautaro Martinez got one. The result sees Inter move up to 28 points after 13 games.

Inter set the pace early. In the third minute, D’Ambrosio got his head to an Asamoah cross, forcing Sportiello into his first save of the evening. Five minutes later, Keita forced the goalkeeper into another save with a shot to the near post. Then, Lautaro was unable to find the target from a good position after a delicate Politano cross. It took just ten minutes for the Nerazzurri to break the deadlock. El Toro played a backheel to Keita who got away from Zampano and struck beyond Sportiello with a perfect low shot to register his first goal in an Inter shirt. In the 23rd minute, Lautaro forced Sportiello into a save with a shot from outside the box. Frosinone got up the pitch in the 31st minute but Chibsah’s shot caused no real issues for Handanovic. Inter went on the attack again. In the 36th minute, the Argentine just couldn’t get on the end of a teasing Keita cross while in the 41st minute, Sportiello got down low to save Skriniar’s volley from a Borja Valero free kick. The final chance of the half fell for Nainggolan who let fly with a spectacular volley but it was just off target. The sides went back to the changing rooms with the Nerazzurri a goal up.

The second half began with Inter pushing for a second. In the 48th minute, Politano fired just wide with a powerful left-foot strike. Frosinone went close in the 53rd minute when Ciofani got to Beghetto’s cross ahead of De Vrij but Handanovic was alert to make the save with his feet. Inter found the second goal in the 57th minute. Keita played the cross for Lautaro who leapt highest to claim his second goal at San Siro. Frosinone looked to respond with a Chibsah effort from the edge of the box but it was comfortable for Handanovic. After that, it was all Inter. In five minutes, Sportiello made two saves from Lautaro and one from Politano. Spalletti then brought Joao Mario and Icardi on for Nainggolan and Lautaro. In the 82nd minute, Politano slid the ball through for Keita who made no mistake when clean through on goal. After getting the assist, Politano went off to a standing ovation and Candreva came on. Just before the 90th minute, the substitute Candreva just missed a header from a Borja Valero cross.

Attention now turns straight to the upcoming matches with trips to Tottenham Hotspur, Roma and Juventus, meaning Inter will have to be at their best. #ForzaInter!

Next
The best photos from the great win at San Siro