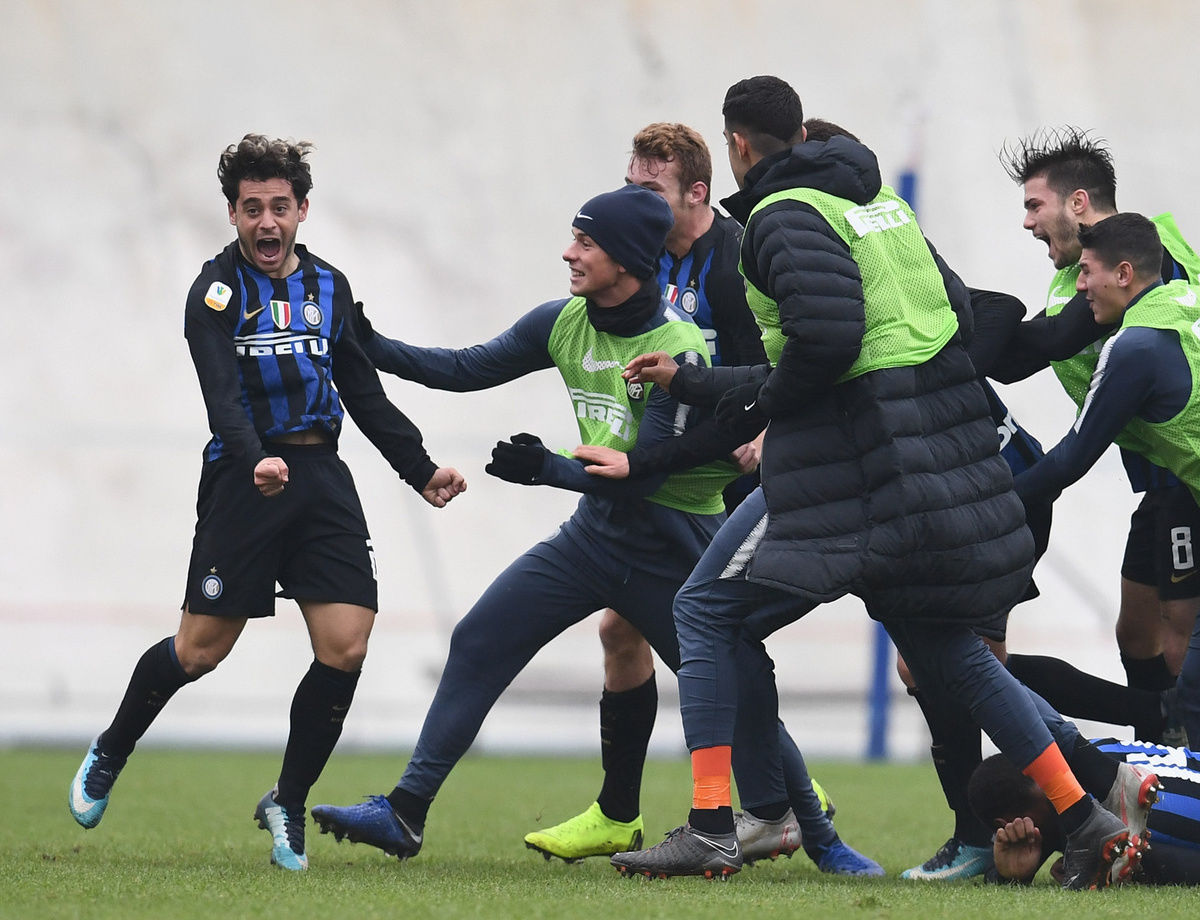 VARESE - MILANO IS OURS and the #DerbyMilano is Nerazzurro once again: Davide Merola today replicated Mauro Icardi’s heroics with a last-minute winner during the Under-19 mini-derby on matchday nine of the Primavera 1 TIM season. It was a crazy encounter at the Stadio Franco Ossola, with Milan equalising on two occasions. On the scoresheet for Inter were Salcedo, Corrado, Persyn and Merola.

The opening stages of the game were fairly balanced, with the Rossoneri controlling the majority of possession and Inter looking comfortable and well-organised. The 25-minute mark saw the Nerazzurri press ahead, as they went extremely close to taking the lead after a mistake from Plizzari. It was then eight minutes later that the away side did break the deadlock, as the ball fell kindly to Salcedo off a corner who then made no mistake in thrashing the ball into the back of the net. A quick-fire second was then scored by Corrado just three minutes later, who pulled off a fine one-two before firing home with a powerful left-footed strike. Despite being on the back foot, the hosts got one back just before the interval, as a strike from Capanni deflected off Zappa and then looped over the head of a helpless Dekic.

Following the interval, Milan got back level for the first time thanks to a close-range tap-in from Capanni, however, Inter responded well straight away. Their third goal came 18 minutes into the second half, with Colidio skipping past two men before playing in Persyn who fired a precise strike into the bottom left-hand corner. As the derby grew increasingly dramatic, the Rossoneri then equalised once again thanks to a fine goal from Sala at the back post before chances for either side as the game entered its last few minutes. However, with the final whistle edging ever closer and with a point looking inevitable, Davide Merola popped up with a dramatic last-minute winner to send Inter into ecstasy! The match finished 4-3, with the Derby Milano being Inter’s once again.

Next
Even the Primavera #DerbyMilano is Nerazzurro: the photos from Milan vs. Inter