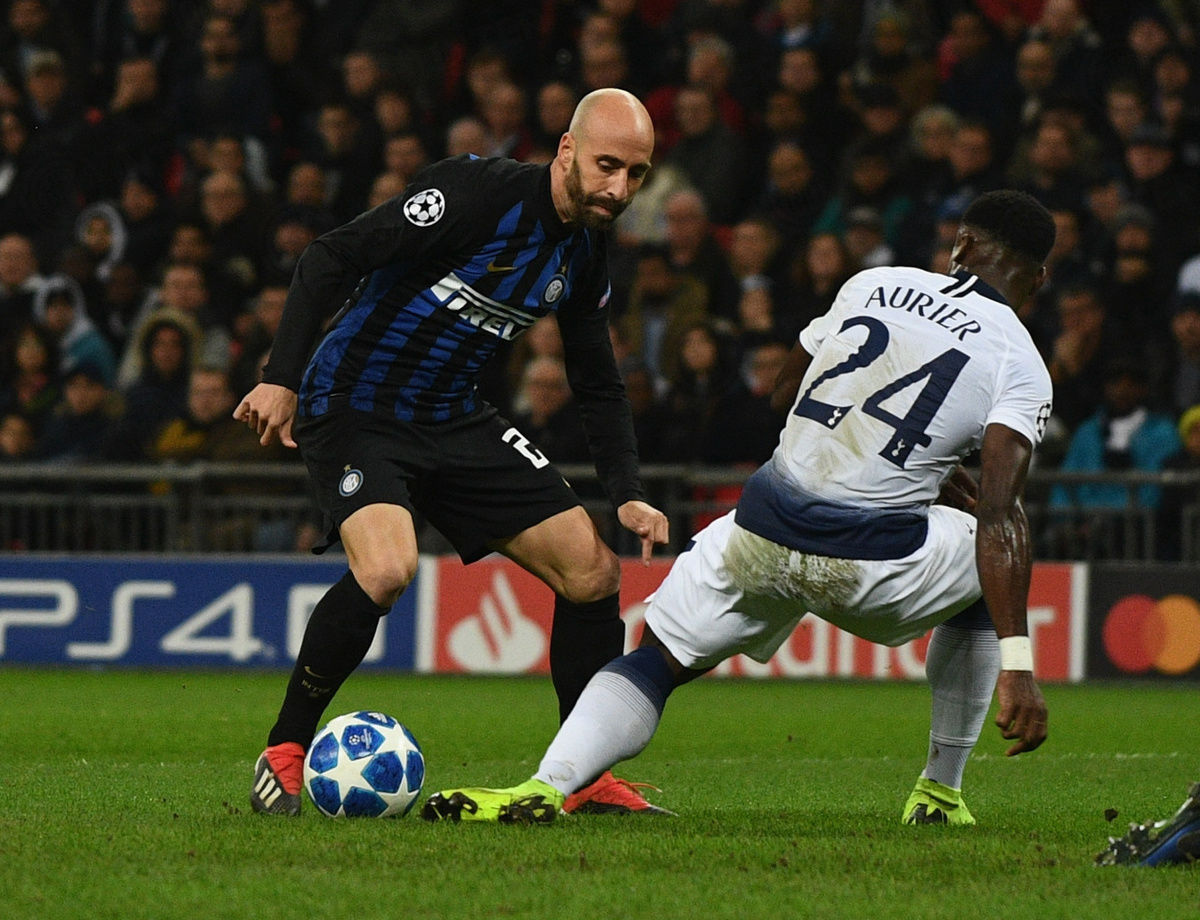 LONDON - So all will be decided on 11th December… Luciano Spalletti’s Inter side were tonight beaten 1-0 at Wembley by Tottenham Hotspur on matchday five in Group B of the UEFA Champions League – a result that now leaves them level on seven points with the English outfit. In their final group game, the Nerazzurri will host PSV at San Siro, while Spurs will face off against Barcelona away from home.

As predicted, the hosts started on the front foot on Wednesday evening, with Harry Kane forcing an early save from Handanovic in the seventh minute. Just five minutes later, Kane was involved once again as he played in Dele Alli whose shot flew just over. Another chance fell to Tottenham in the 19th minute, although Lamela was unable to find the target. Inter tried to respond via a Mauro Icardi counter-attack in the 28th minute, only to be stopped by a tactical foul from Alderweireld who received a booking.

With the game passing the 30-minute mark, Tottenham kept pressing. A breakaway from Sissoko created space for Lucas Moura, however, the Brazilian’s strike was saved well by Handanovic. The biggest chance of the first half fell to Winks just eight minutes later, as the midfielder guided a right-footed effort over the head of Handanovic and onto the crossbar.

With Spurs on top, particularly in midfield, Borja Valero soon replaced Radja Nainggolan who was suffering from a muscle problem. It was then the substitute who had a late chance just before the interval, although Aurier nicked the ball away at the vital moment. The half-time whistle was blown, with the scoreline locked at 0-0.

After the break, the match restarted at a high tempo. There were two shots for each side. First, Vecino went wide before Kane shot straight at Handanovic. In the 58th minute, Politano was at the heart of a spectacular Inter counter-attack, as he played it in for Icardi who floated in a cross but with teammate there to get on the end of it. Two minutes later, De Vrij did very well to stop Kane at the far post. There was a big chance for Skriniar in the 62nd minute from a Perisic cross but the Slovakian was off-balance in the box and just unable to apply the finish.

Spurs wasted no time in responding. In the 70th minute, Vertonghen just missed with a close-range header after the substitute Eriksen played the ball in. In the 76th minute, Spalletti’s side went close when Borja Valero linked up with Perisic but Lloris made a great save from the Croatian. The deadlock was broken in the 80th minute when Alli received the ball from Sissoko, who quickly played it on for the oncoming Eriksen who left Handanovic no chance with his left-foot finish. Spalletti brought Miranda and Keita on for De Vrij and Politano. Straight after, D’Ambrosio called Lloris into action with a powerful right-foot hit. The referee awarded three minutes of stoppage time but the Nerazzurri were unable to force a late equaliser and it finished Tottenham Hotspur 1-0 Inter.

Now, focus turns straight back to the league with two tough trips to Roma and Juventus before the final group stage match in the Champions League against PSV.

Next
Borja Valero: "We put in a good performance and it was a shame to concede"

Inter 5-1 Sampdoria | A five-star show at San Siro: the photos!

Pinamonti and his first Inter goal: "It's incredible"