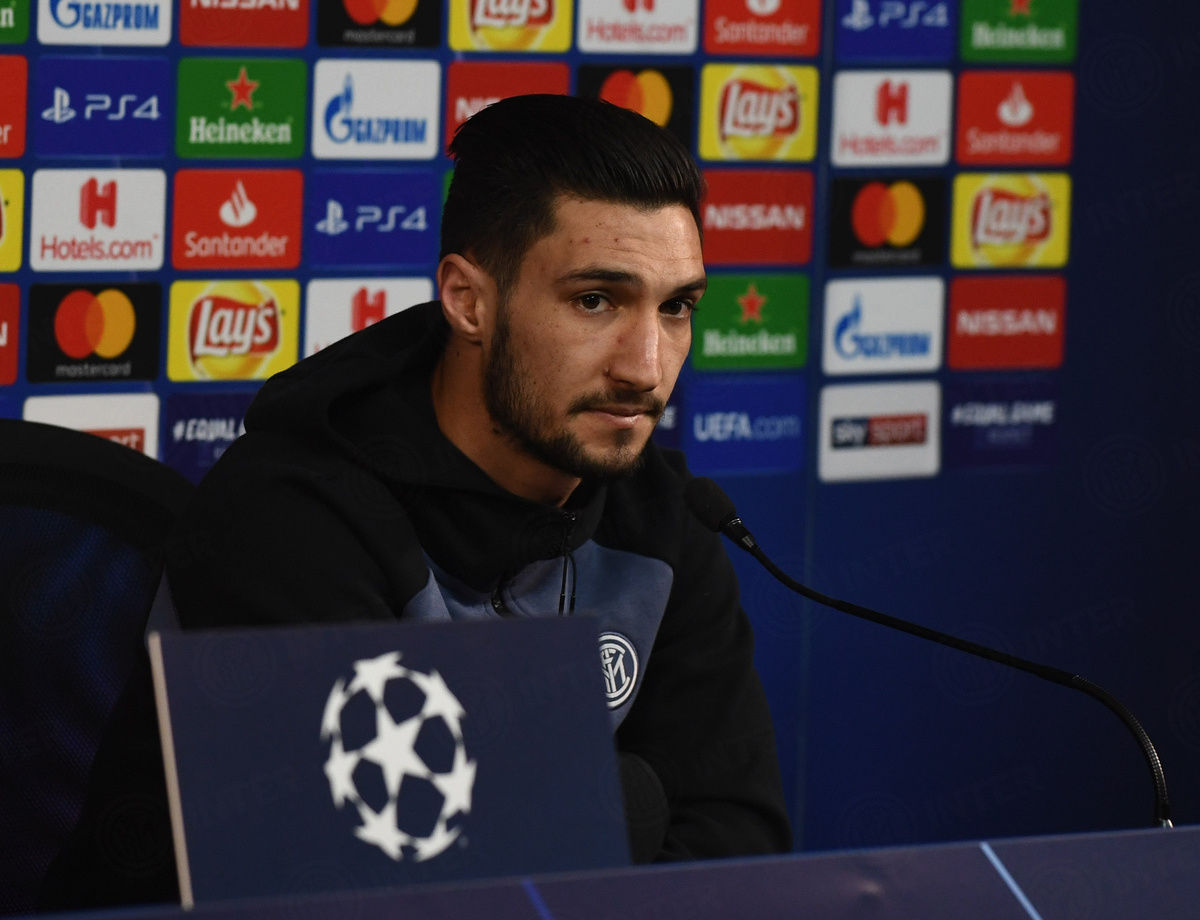 UCL, POLITANO: "WE ARE INTER AND WE'LL GIVE OUR BEST TOMORROW"

The Nerazzurri's no.16 ahead of the Champions League meeting with PSV: "We want to get through even if we know it won't be easy"

APPIANO GENTILE - Matteo Politano attended the press conference ahead of the UEFA Champions League fixture between Inter and PSV. "We are Inter and we’ll give our all tomorrow to get through the group, even if we’re aware that it doesn’t all depend on us," he started by saying."It will be an extremely important match, we want to go through but we know it won’t be easy. It’s normal that we always want the best, first of all, we want to make it through before focusing on the league until the end of 2018. We’re a strong team and we must always aim to go far, in all competitions."

Politano also looked back on recent games: "We’ve played well but lacked goals. In terms of performances, we’re doing well, we just need a touch more luck and ruthlessness. In the first half against Juventus, we put our opponents in difficulty but we need to go again from the second half of that game to see what we got wrong."

Finally, there was a question on his career with the Nerazzurri so far: "It’s normal to feel the pressure when you play for Inter, it’s an honour for me to wear this shirt. I’m happy with how things are going and I still hope to improve a lot."

Next
The Nerazzurri's training session on the eve of Inter vs. PSV