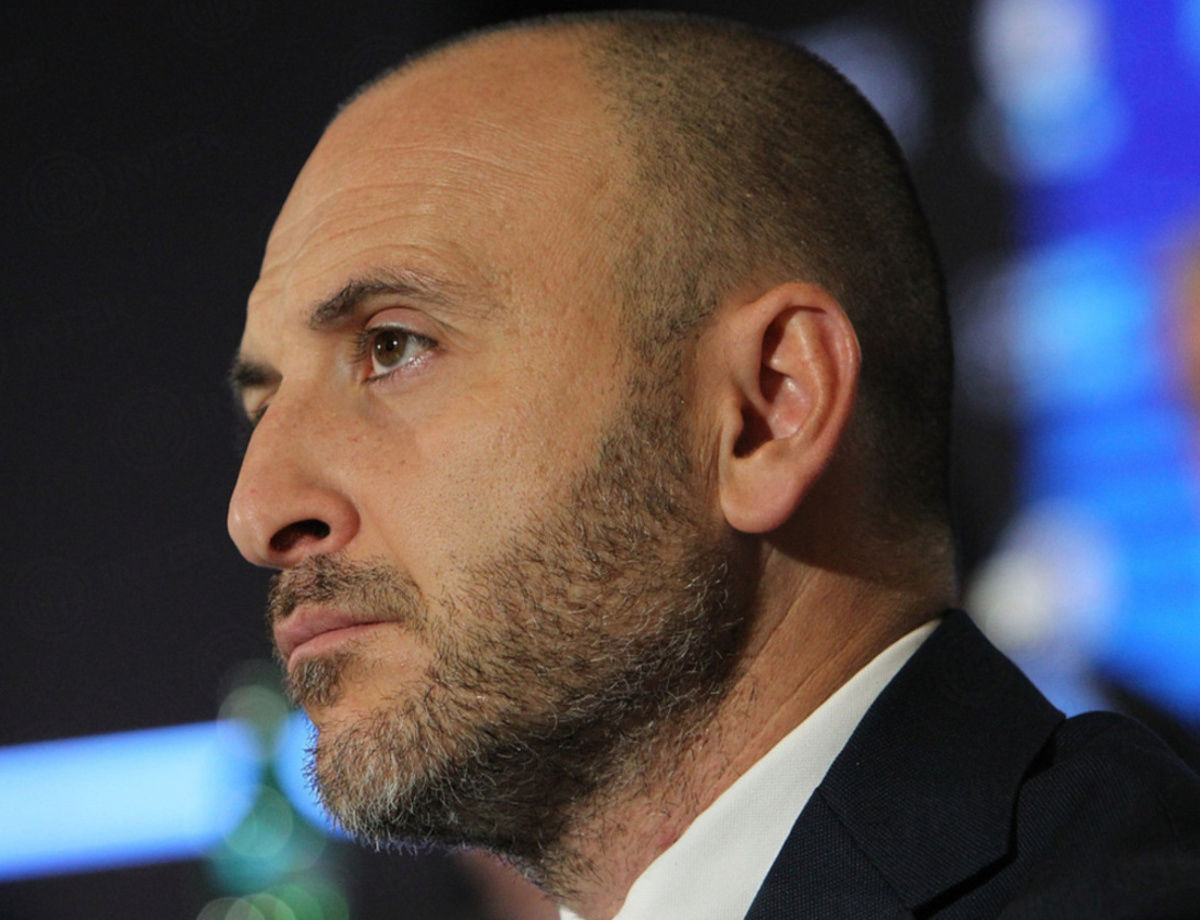 The past, present and future were all discussed with the Sporting Director in a lengthy interview with Gianluca Di Marzio on Sky Sport

You’re a Sporting Director who came from the academy, but you stopped playing at a very young age…

"I stopped playing at 18, not because I was rubbish even if I certainly wouldn’t have made it to Serie A but I think I could have made it as a pro. At the time, I played at Pro Sesto but I stopped because of a serious knee injury when I was just 16. Then, the first thing I thought of doing was coaching but I was too young and couldn’t take charge of a team by myself. Then, the Pro Sesto President told me I could take on a directorial role because there was a need for people like me in football at that time. I refused because I wanted to do something else. At the start of the season, I still remember that I went in front of the President but I wasn’t one of the coaches and he told me ‘be a director or go home.’ Out of personal pride, I stayed home for three months. Then I started doing it, promising I’d carry on until June. Then, they had to give me a team and, from that point on, my career got underway thanks to Giuseppe Peduzzi."

Your son is studying to become a Sporting Director. Do you give him advice?

"In truth, I have something of a problem at home and Mino Raiola and Monchi know about this. For years, my son kept going on about Justin Kluivert. Why didn’t I sign him? Perhaps because others believed in him more. Either my counterpart at Roma did better or I didn’t have faith in my son! He was a player who excited me but I thought at that time that he might not have enough space to play at Inter and a young player like him deserves to play. My son plays at an amateur level but he also likes to watch lots of games. Every now and then he suggests some young players and at times he’s given me the names of players and they are players that I have in mind. It’s better though not to make these names public…"

For financial reasons, Inter had to make sacrifices and let some young players go, Zaniolo for example. How sorry were you about that?

"Today, I wouldn’t change things just to have one or two players more; perhaps letting some of them go led to Inter winning titles. Above all, I’m thinking of Bonucci who was sacrificed in a deal with Genoa in the summer of 2009 that brought Milito and Thiago Motta to Inter and we all know that Inter won thanks to those two players. I hope that we’ll speak of Zaniolo in the same way as Bonucci in a few years time. In order to get Nainggolan and win, we had to make a sacrifice and let go a player who certainly has great potential."

What is the move that you still regret?

"Definitely Coutinho. I’ll be honest, it wasn’t really for economic reasons. In fact, as soon as we sold him, we signed Kovacic and Icardi. Branca, myself and the whole technical department would have kept him for 20 years but he wasn’t playing. Every six months he would come and fairly say that we wanted to leave because he wanted to play."

Dybala was close to joining the Nerazzurri in 2015…

"A meeting had been organised between the President and Zamparini who can confirm that. I’m convinced that had Inter made a certain offer and perhaps shown more desire to sign him and spend more, he would probably have become an Inter player. The offer was certainly not as good as the one Juventus later made and they could also offer him Champions League football. The idea of an Icardi-Dybala duo was intriguing for all, the player included."

One player you’re particularly attached to is Kovacic, whose name is often linked to Inter. Is there any chance of a return?

"Kovacic is one of those talents you can’t help but fall in love with, you can only want the best for a guy like him. There was some thought about it but nothing concrete because the conditions weren't right. I never made a formal offer to Real Madrid even if I would have liked to have done so. But you can’t exclude the possibility that we might have the pleasure of working with a player like him again in the future.

Was Modric more than just an idea?

"During negotiations for Vrsaljko, the agents presented us with this idea. To me, it seemed surprising, that a club like Real Madrid could also let Modric go after Cristiano Ronaldo. I didn’t really believe in it fully but at the same time, I thought why not dream? I said that we were there and if what you say is true, speak to Real about it and let us know. We didn’t feel like starting formal negotiations because we knew what our possibilities were. The agents were convinced that they could  go forward in a certain direction where the player could move on a free transfer. But again I can confirm that there was never any official offer, neither to Real Madrid nor the player. Another possibility in the future? You can never say never in football today."

A minute after Mourinho’s sacking there were many dreaming of his return to Inter.

“During these times, where everyone can have their say, especially on social media, nothing surprises me anymore. However, we work in a very rational manner and aren’t influenced hugely by emotions. I am definitely not very active on social media and we try not to get caught up in the noise of the media. We are always more focused on the football, our work and planning. Our project with Spalletti started almost a year-and-a-half ago and it will continue for much longer.”

“We’ll have to take Financial Fair Play into account but we’ll no longer have the problem of the settlement agreement. We do not expect any stellar signings. It will be a transfer window focused on quality players that can improve Inter, while also looking to raise funds. We can’t just think about buying.”

Sabatini arrived and it was his Inter, now there is Marotta… Does this bother you?

“It doesn’t affect me in my work because nothing has ever really changed for me. Even now, after the first few meetings with Marotta, there is mutual respect and, in any case, he’s the CEO. The only thing different from the past is that he has different knowledge in the sporting side of things and I’ll try to benefit from that.”

How are relations with China?

“The first three, four months were a bit difficult because everything was new, for us and also for them. However, they have a great capacity to take things in and learn quickly. Everything changed in three, four months. Fortunately, by October I found myself with a President like Steven Zhang, who was working immediately in Milan. He’s a decision-maker who acts as a link between us and the ownership in China – who are distant in many ways, starting with the time zone for example. However, they’ve never been distant in terms of support. Sending Steven Zhang to live with us in Milan was a choice that led to Inter being structured how it is today. Suning is an ambitious organisation and they want Inter to get back winning again. They’re not content with the club just finishing second or third. However, you need to lay the foundations before you can win. You can’t think about becoming a great team just by going into the transfer market and buying the best players.”

“Let’s be honest: we would not have been ready for Cristiano Ronaldo. It’s not that I would say no, I would like to have all the best players in the world. However, there are moments when you can afford things and others where you have to say no. Beyond the fact that we weren’t offered him, Inter would not have been able to afford the deal, not the €100 million or the player’s salary. One must be honest with people about what you can do. What we can say to our fans today is that we are working hard on getting Inter back to winning ways as soon as possible.”

Conte: “A challenging game awaits, we'll be aiming to achieve the maximum”

I M Collection, Inter and Nike present the special Jersey with the new Club crest