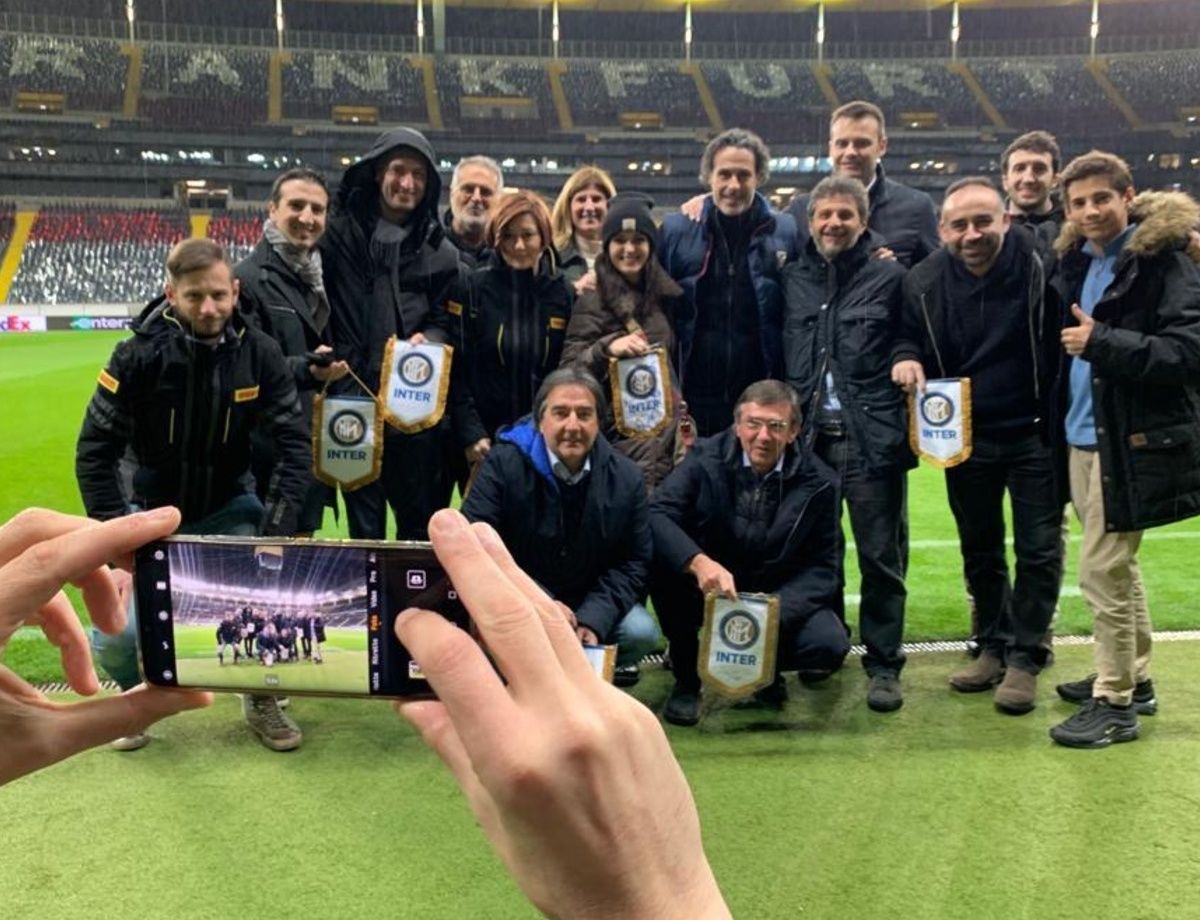 Guests of Nike, Pirelli, Bwin, Crédit Agricole, Dazn and Brooks Brothers went to Germany for the team's away trip in the Europa League

FRANKFURT - It was an intense two days for the partners of FC Internazionale Milano as guests of Nike, Pirelli, Bwin, Crédit Agricole, Dazn and Brooks Brothers travelled to Frankfurt in the company of Inter Forever legend Fabio Galante to experience the first leg of Inter’s UEFA Europa League last-16 clash against Adi Hütter's Eintracht.

Having departed on the eve of the match, they first made their way to the Waldstadion, where they got to watch the players check out the pitch and stadium pitchside. This was a unique experience that allowed them to come into close contact with Luciano Spalletti’s side, and they even had the chance to take photos in the company of the players and vice-president Zanetti.

On matchday, as they waited for the Europa League match to kick off, they visited the Pirelli plant in Breuberg. This was a morning spent at the headquarters of the Global Main Sponsor of the Club, a place where history and cutting-edge technology are combined.

Finally, they attended the match at the Waldstadion between Eintracht and Inter.

Next
A special match for Inter Club: the numbers and activities