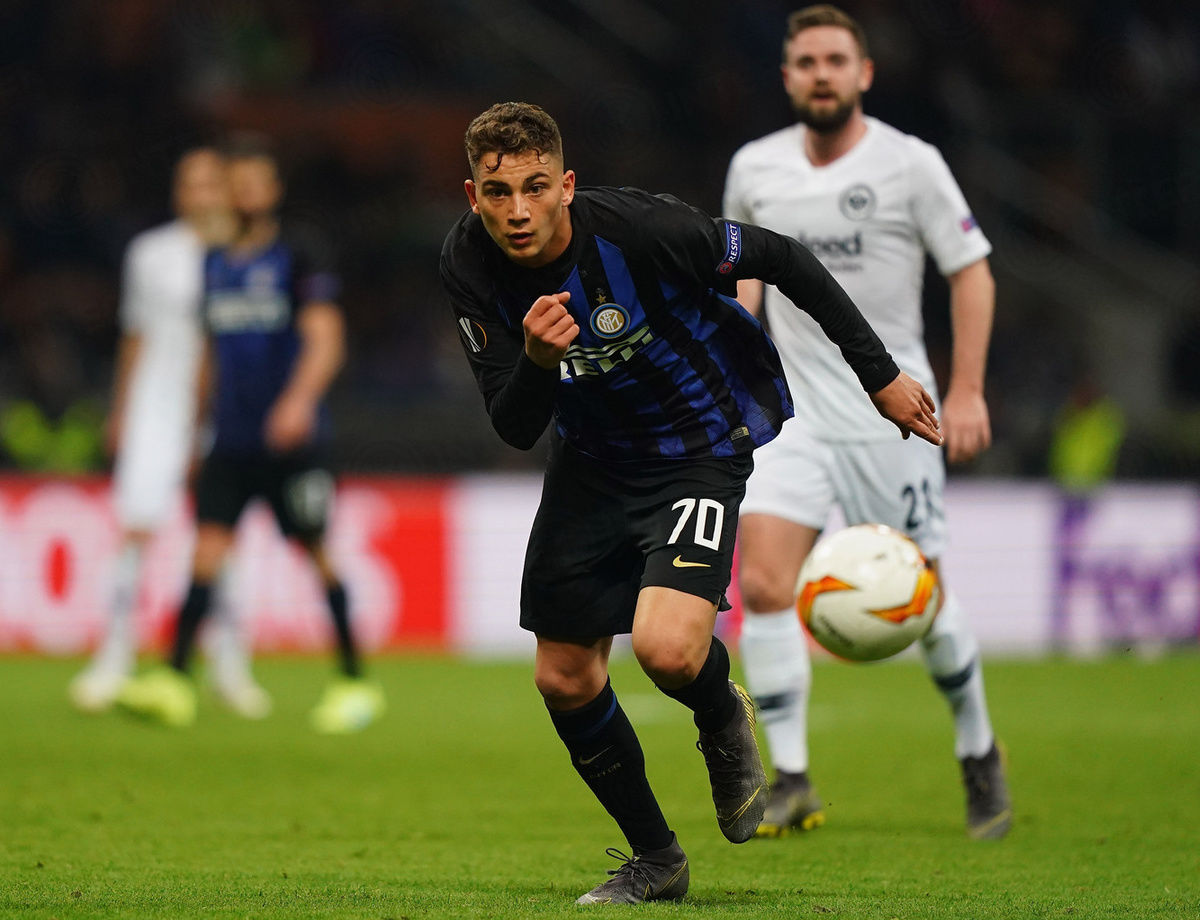 ESPOSITO: "A DREAM TO MAKE MY DEBUT BUT DISAPPOINTED WITH OUR ELIMINATION"

An unforgettable evening for the Nerazzurri starlet: "I want to thank the Coach, the backroom staff and everyone at the club for this opportunity"

MILAN - Despite Inter’s Europa League elimination on Thursday, there was one positive as Sebastiano Esposito became Inter's youngest ever player to feature in Europe at the age of 16 years and 255 days: “It’s a dream come true to make my debut, however, the team lost and I’m really disappointed with this result. I want to thank the Coach, the backroom staff and everyone at the club for this opportunity. Let’s hope that there are more chances in the future. We have all the potential to win matches. We were lacking a bit of luck and we must now keep fighting to reach our objectives in the league. Out on the pitch, you can’t think of anything other than the game, always looking to make things happen. Things didn’t go as planned today but it’s still a great feeling to make my debut. I’ll keep working hard to reach my goals. It gives me goosebumps to think that I’ve made my debut in this shirt.”

Next
Handanovic: "We need to show something extra"