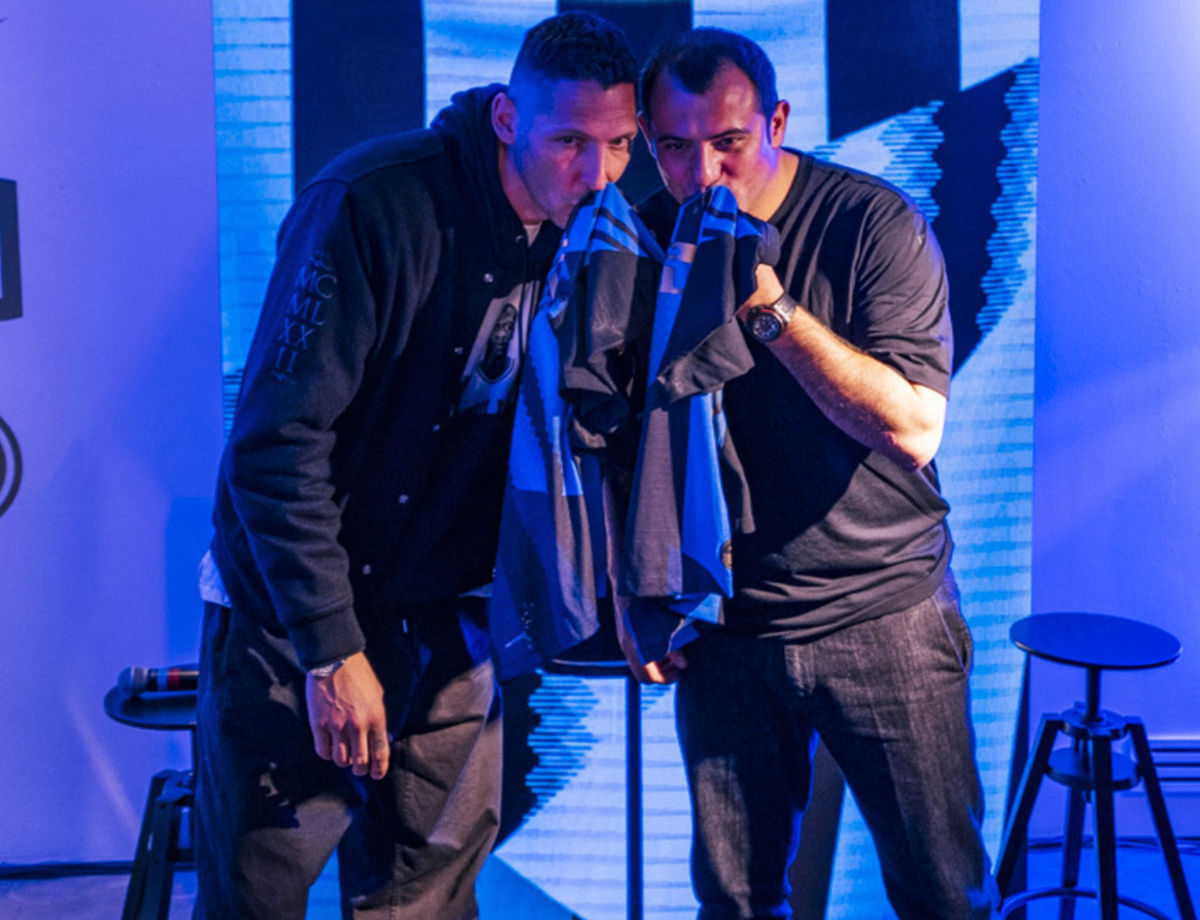 MATERAZZI, STANKOVIC AND THE EXCITEMENT OF THE #DERBYMILANO

MILAN - Their names have been sculpted into #DerbyMilano folklore. Leaders, warriors and goalscorers. Difference-makers. Dejan Stankovic and Marco Materazzi always epitomised Inter’s spirit in the local derby. They scored unforgettable goals and battled until the end with just one idea in their heads and hearts, give everything to secure bragging rights in Milan. Both spoke to Inter TV about what it meant for them to face Milan at the presentation event for the Inter x Nike 20th Anniversary shirt that will be worn at the Derby Milano on 17 March.

Dejan Stankovic reeled off unforgettable memories when asked about his favourite derby: "The best derby? All of the ones that we won. The first flashback is to 11 December 2005 when we won 3-2 thanks to an Adriano header in stoppage time. That was wonderful. I also always remember the one we won 4-3, it was a game we dominated but we had to hang on in the end."

It’s impossible however not to think back to the 4-0 win in 2009 when a Deki rocket picked out the top corner. "That game we really dominated, it was spectacular." The side showed ferocity that day and Dejan explained how you prepare going into the derby. "The motivation arrives by itself. You can feel the weight of the game, its importance and your responsibilities in such a game. You then go on the pitch though with the sole aim of winning."

Marco Materazzi is another unforgettable derby figure. In the 2006-7 season, he scored the fourth goal in a 4-3 derby win. "The derby is always the derby, it makes you feel strong emotions even if I was even more motivated for games against Juventus. All of the wins against Milan were good, even the 4-0 which I spent on the bench."

From the past to the present, Materazzi analysed the #DerbyMilano: "The Rossoneri have toughened up because Gattuso snarls on the bench and makes it look like they’re playing with 12. Piatek fights for every ball but he scores as part of the team thanks to everyone. Our guys will know what to do."

Next
Stats and trivia ahead of the #DerbyMilano

Inzaghi: “We conceded two lucky goals and Sensi’s injury made the end of the game tough”