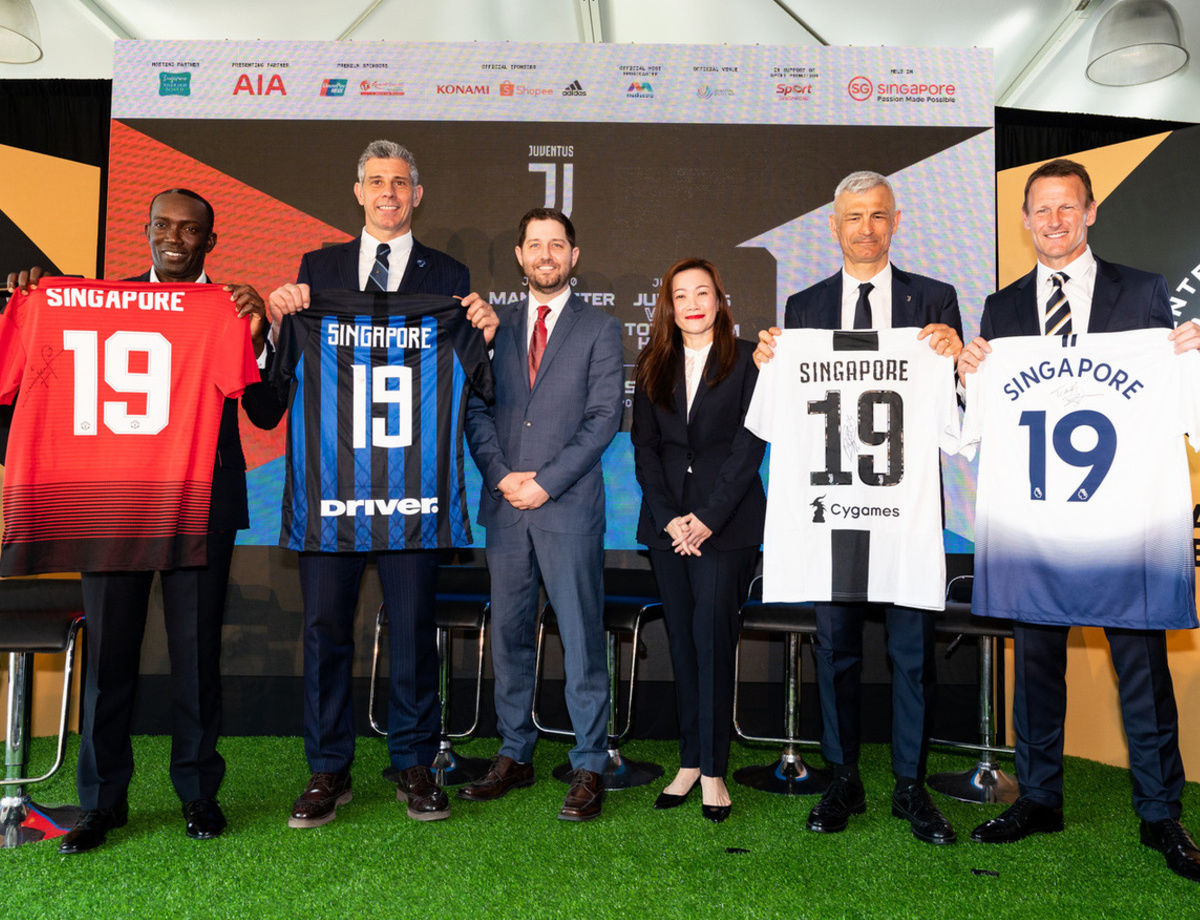 The Inter Forever Director at the presentation of the first stage in Asia: "It's one of the world's most beautiful cities"

SINGAPORE - Inter will take part in the 2019 International Champions Cup, facing Manchester United first on 20 July in Singapore. Inter Forever Director Francesco Toldo represented the Nerazzurri in his ambassadorial role at the presentation of the Singapore event from the ICC. At Resorts World Sentosa along with the other past greats Dwight Yorke for Manchester United, Teddy Sheringham for Tottenham Hotspur and Fabrizio Ravanelli for Juventus, Toldo spoke on the stage: "Singapore is one of the most beautiful cities in the world, it has lots of values and is full of kind people. It’s an honour for Inter to be a part of the International Champions Cup. During this tournament, we’ll have the opportunity to spend some time in Asia alongside our fans who always show us lots of love."

"It’s important for us to be in Asia. We’re an international Club in every aspect, our values go beyond the sporting side. We like being here to connect with the fans who follow us from afar and who have fewer chances to be physically close to us. Our owners are a great Chinese company in Suning and it’s an extra reason to feel close to this magnificent continent."

As for the competition, he added: “It’s the eighth time that we’ll take part in the ICC. We won it two years ago and we always look to impress and to win. There will probably be a few players missing, particularly with the Copa America call-ups, however, Inter always play to win – we will do our best. The important thing is to be playing against top opposition to assess straight away how we’re doing in the summer. It’s a competition that connects to our world of performances. As a brand, you need to be recognised, our club structure is now of the highest level. The team is improving a lot and I believe that you need to play great matches to create an amalgamation. It’s an honour to play against United, who have plenty of fans here. But it will be the same for them. We are at the elite of European football, with two teams who’ve both won the Treble. It will be a fascinating encounter.”

Next
24 Elite Academy players called up by their countries