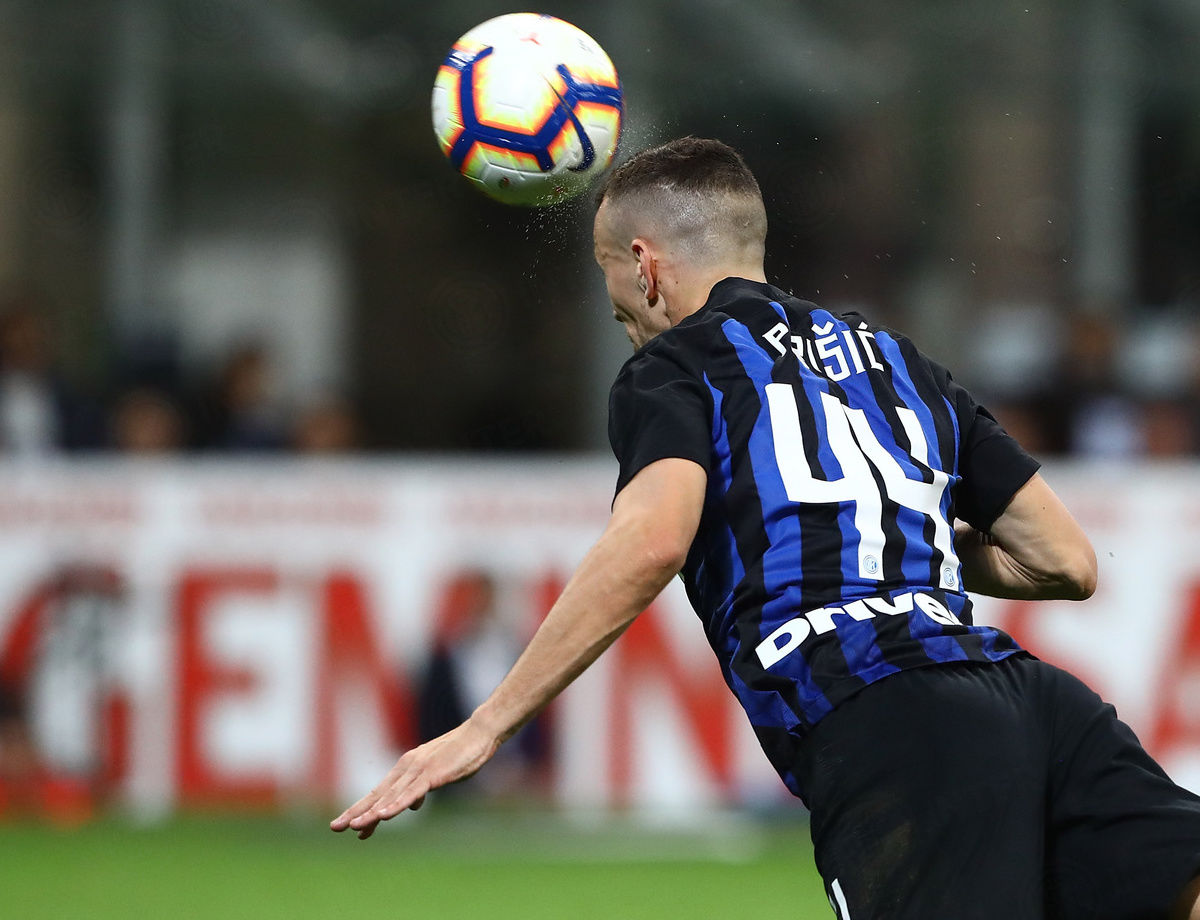 The Nerazzurri attacked plenty on Saturday night, although ultimately had to settle for a useful draw at San Siro

MILAN - The Nerazzurri demonstrated strength and determination to get back into the game on Saturday, and after the match the Coach had this to say: “We chipped away at them slowly, finding the space needed to make it 1-1”. Ivan Perisic was the man to score the equaliser against Roma, duly bringing us closer to our objective. Of course, it would’ve been better to secure all three points, especially considering our many chances. However, considering results from other Serie A games, it was still a positive result nonetheless.

As for our analysis, Spalletti’s side worked extremely hard during the match, enjoying many goalscoring chances and also plenty of possession. They finished the game with a lion’s share 72.1 percent, asserting themselves once again as the team with the highest average . In total they made 680 passes to the opposition’s 267. Furthermore, we also had 13 attempts – six off target – and 10 goalscoring chances. Positionally, our heatmap indicated that we attacked mostly down the left-hand side.

Covering the left flank were both our Croatian No.44 and Danilo D’Ambrosio. In providing his fifth assist of the season, the latter continued his rich vein of recent form. The full-back was extremely attacking down his left side, putting in the game’s decisive cross and also creating three other chances. His teammate on the opposing flank, Asamoah, also put in a fine performance – completing 83.1 percent of his 77 passes and also whipping in four crosses.

However, the game’s real MVP was Borja Valero. The Spaniard made 139 passes against Roma, achieving an incredible 95.1 percent completion rate. A true metronome in the middle, providing balance in our build-up play and controlling possession well. His impact off the ball was also demonstrated in the 90th minute when he nicked the ball back from Dzeko.

Overall, the entire team demonstrated great fitness, running a total of 110.85km altogether. Matias Vecino covered the most ground with 12.8km, while Matteo Politano was the ‘top sprinter’, reaching speeds of 32.74 km/h.

As a whole, these figures ensure that the doors to Europe are still open, although it’s all down to us. While this is a point in the right direction, there is still all to play for and we’ll be sure to go again in the Derby d’Italia next Sunday. A match where no added motivation is needed, right guys? FORZA INTER!