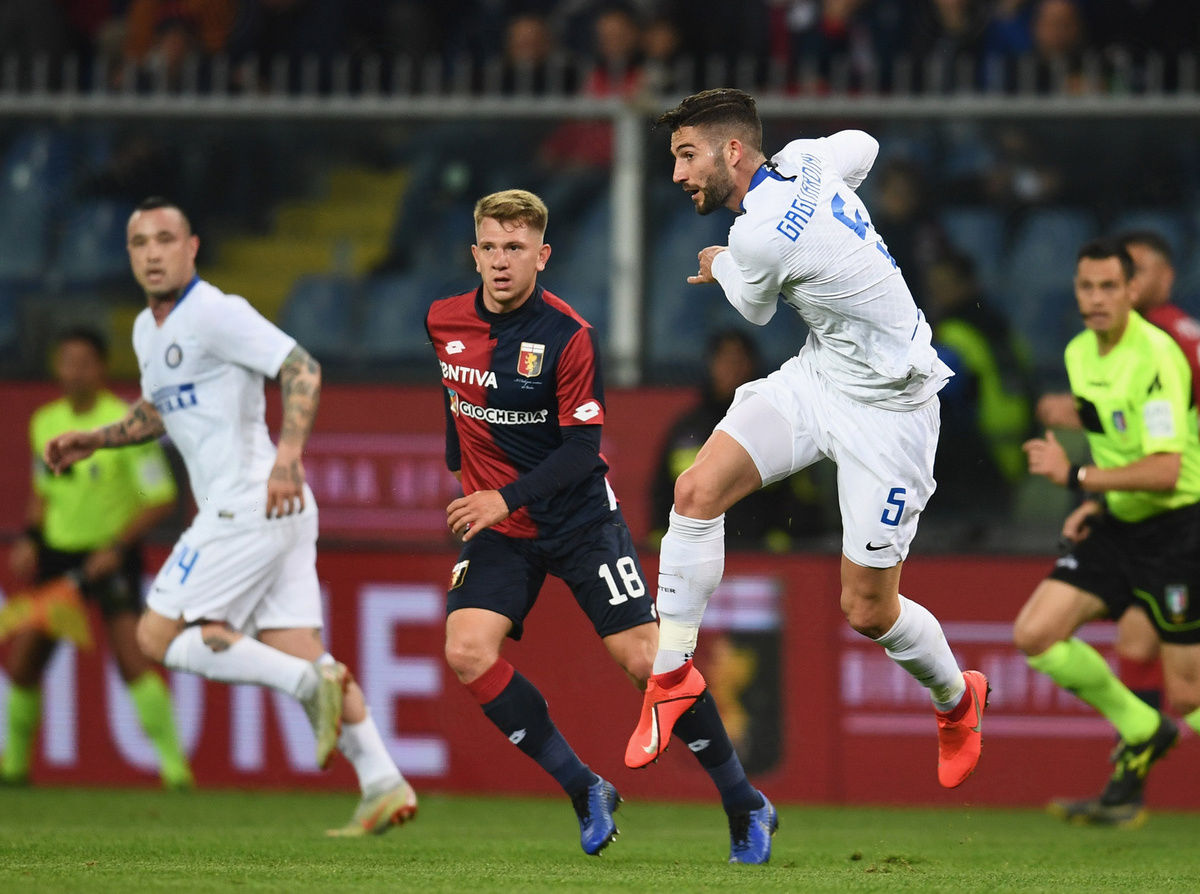 GAGLIARDINI: "I'M HAPPY FOR THE GOALS BUT WITH THE WIN ABOVE ALL"

The midfielder: "Focus on Atalanta now, we have to be consistent"

MILAN - Scoring a brace against Genoa is becoming a habit for Roberto Gagliardini. Out of his five Serie A goals for Inter this season, four have been against the Rossoblu. After his goals in Inter’s great win at the Ferraris, the midfielder was interviewed by Sky Sport: "I’m happy to have scored, especially because I’ve contributed in two really important wins. Goals help to bring confidence while obviously being a reason for personal pride. I aim to improve though, I stop after every training session to shoot at goal and to try to keep making the runs which have always been a characteristic of my game."

The win over Genoa keeps Inter in third: "It was a really important result, especially when you look at the results from our rivals for the Champions League spots. We did well after the loss on Sunday, we have to be consistent now, starting from the Atalanta game."

It promises to be a special match for the Bergamo-born Gagliardini who came through at the club. "For me, Atalanta was the place where I became a man. Obviously, it won’t be a game like the others for me but I can’t wait for Sunday. It will also be my birthday which is extra motivation to do well and celebrate it with a win."

During the match at the Ferraris, Mauro Icardi returned to action. "We’re professionals and we all want what’s best for Inter," Gagliardini explained. "Mauro played, he scored and got an assist. The thing to praise is how everyone behaved, we’re only thinking about Inter."

Next
Over 55,000 expected for Inter vs. Atalanta