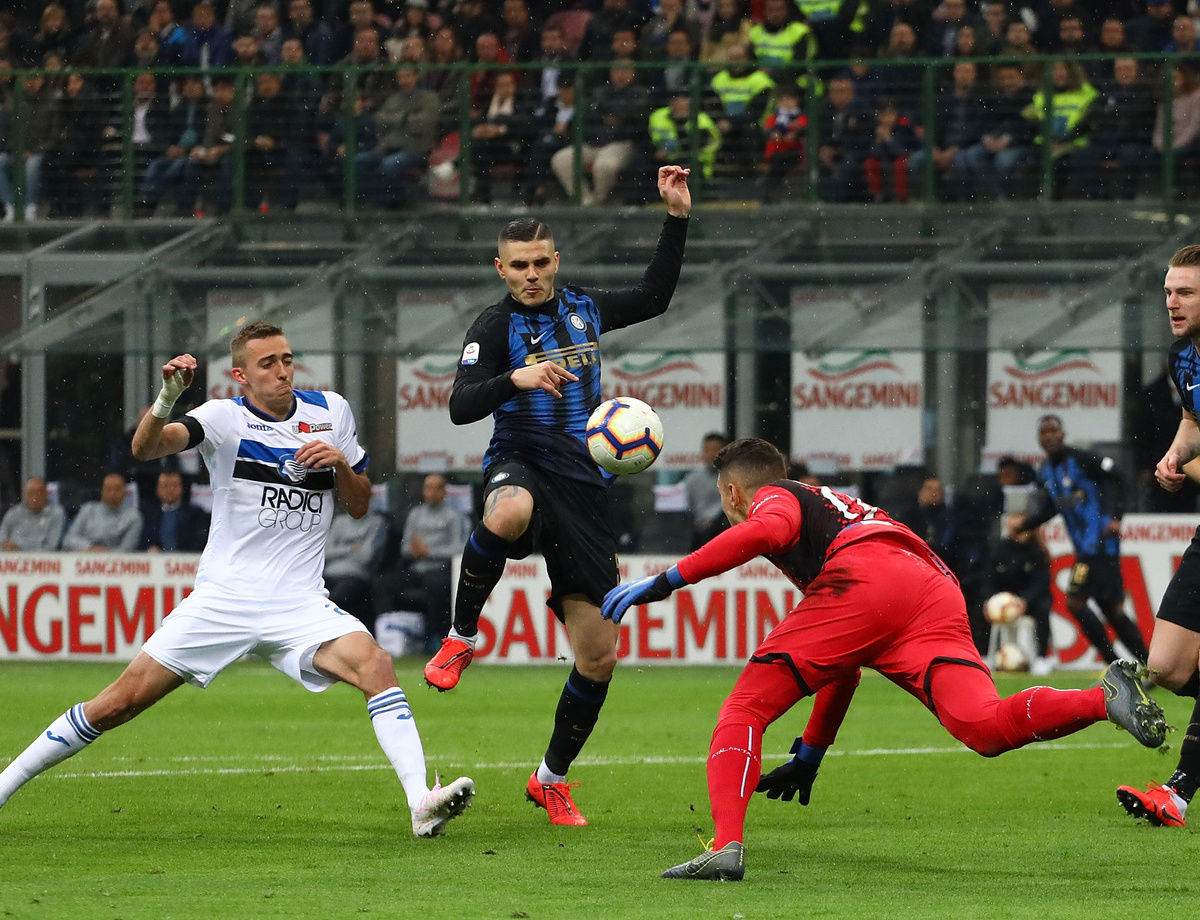 In front of 60,000 fans at San Siro, the matchday 31 fixture in Serie A TIM finished in stalemate

MILAN - The matchday 31 fixture between Inter and Atalanta at San Siro finished goalless in front of a crowd of over 60,000. Luciano Spalletti’s side weren’t able to break down the Bergamo side’s resistance, despite creating a number of chances. The result keeps Inter third on 57 points, five points ahead of AC Milan and Atalanta, six points ahead of Roma and eight points ahead of Torino and Lazio (who have a game in hand).

Inter started on the front foot. In the second minute, Icardi played Perisic through but he was stopped by Mancini while in space. Straight after, Vecino put the ball in the net but it was ruled out due to D’Ambrosio being offside when setting up the Uruguayan. In the seventh minute, Asamoah delivered a dangerous cross but the Atalanta defence put it behind for a corner. The hosts were dangerous once again in the ninth minute. Gagliardini played the ball forward, Icardi nodded it on with his head before Vecino controlled the ball and attempted to lob Gollini but he was able to backpedal and tip the ball over. The Nerazzurri’s encouraging start was then hit when Brozovic had to go off with an issue to his right thigh. Nainggolan was brought on in his place. Atalanta showed more determination to attack as the half went on. In the 29th minute, Pasalic got his head to a Castagne cross but he couldn’t hit the target. There was a big chance for Inter in the 30th minute, Politano picked Icardi out but Gollini came off his line to save. There were chances for both before the whistle. In the 41st minute, Gomez and then Castagne played in dangerous low crosses but without anyone there to convert before Politano forced a save from Gollini in the 44th minute after a great team move and the sides went back down the tunnel with the score 0-0.

Atalanta came close immediately after the break: in the 48th minute, Ilicic won the ball back from Gagliardini before playing the ball across the six-yard box but just too far in front of Gomez, who was unable to convert at the back post. The second half was very much an even affair, with both sides trying to give as good as they could get. After 66 minutes, Spalletti brought on Borja Valero in place of Gagliardini. Inter then had a great chance six minutes later as Vecino played in Nainggolan, but the latter was denied by the outrushing Gollini. Keita was then brought on for Politano as Inter looked to mount a final charge, and Spalletti’s men came close with 85 minutes on the clock: Icardi flicked on Perisic’s corner but Castagne was there to head clear from almost off the goalline. Inter continued to push forward as the match drew to a close, but it wasn’t to be. Inter vs. Atalanta finished 0-0.

The Nerazzurri’s next game is against Frosinone next Sunday at 20:30 CET. It’s a must-win match as Spalletti’s men look to qualify for next season’s Champions League.

Next
All the photos from Inter 0-0 Atalanta

Satriano: "Always good to score. I'm learning so much"

Gallery: Inter get straight back to work