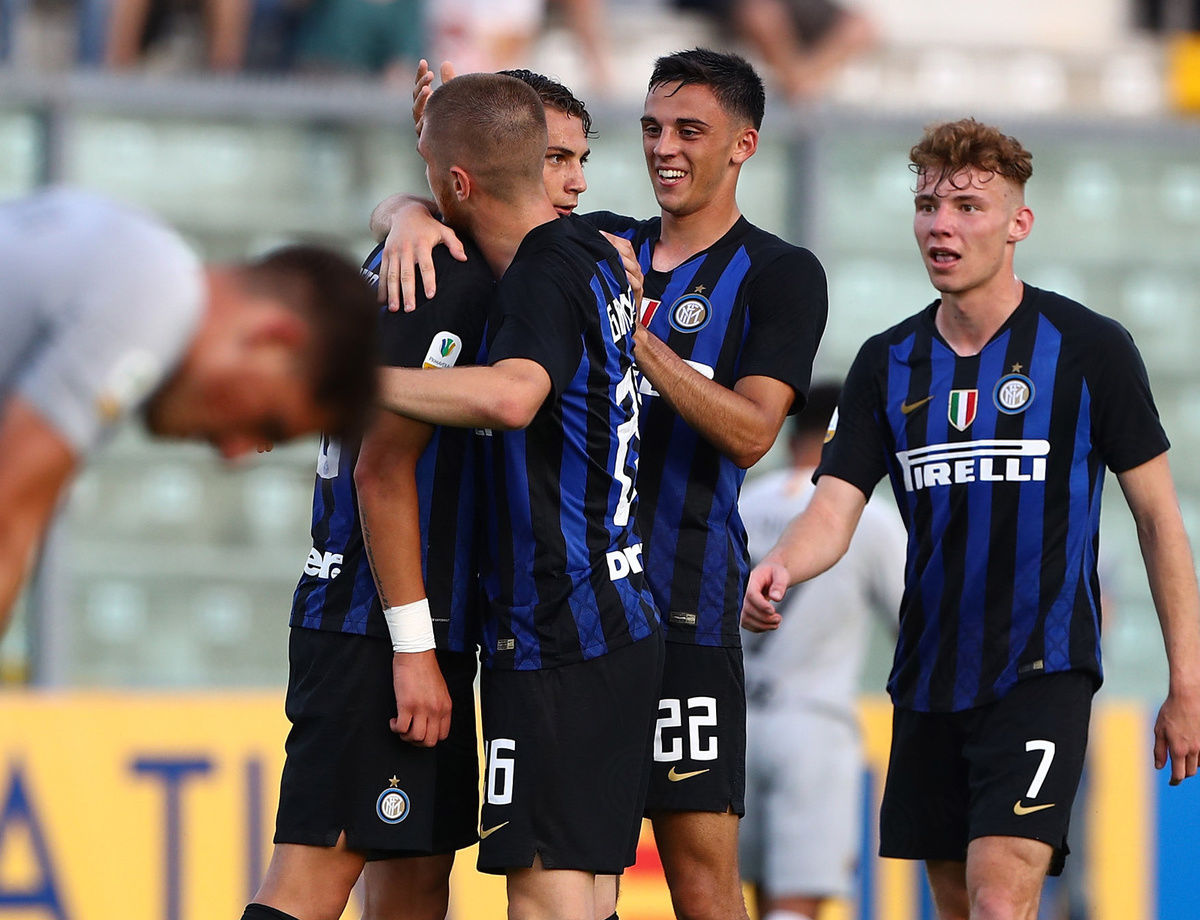 ESPOSITO: "I ALWAYS GIVE MY ALL FOR THIS SHIRT"

The Nerazzurri forward to Inter TV after his brace in the Scudetto semi-final against Roma: "The age group is irrelevant, I always give everything"

SASSUOLO – He once again played a key role, scoring a brace that, along with Coligio’s goal, ensured Inter’s safe passage to their third successive Primavera final. Sebastiano Esposito, a forward born in 2002, has made his mark in the Final Four, but he hasn’t forgotten about what else he’s done this season: “I’m delighted that the Club has allowed me to be here with the Primavera, I’m obviously always available to do what the Club wants me to do and always try to give my all whatever the age group, be it the Under-17s or Under-19s,” he said to Inter TV.

“This is the spirit required, it’s what the Club asks for and what Inter deserves. You need to give your all out on the pitch, both when playing matches and when training.” Finally, when commenting on his goal to make it 2-0, this is what he had to say: “When the ball is at my feet in that area, I don’t think twice: I try to get a shot away immediately and aim to put the ball between the post and the goalkeeper. It comes to me almost spontaneously, it went well and I’m happy.”

Next
Nolan: "We fought as a team for 90 minutes"

De Vrij after first European goal: "Like a final"