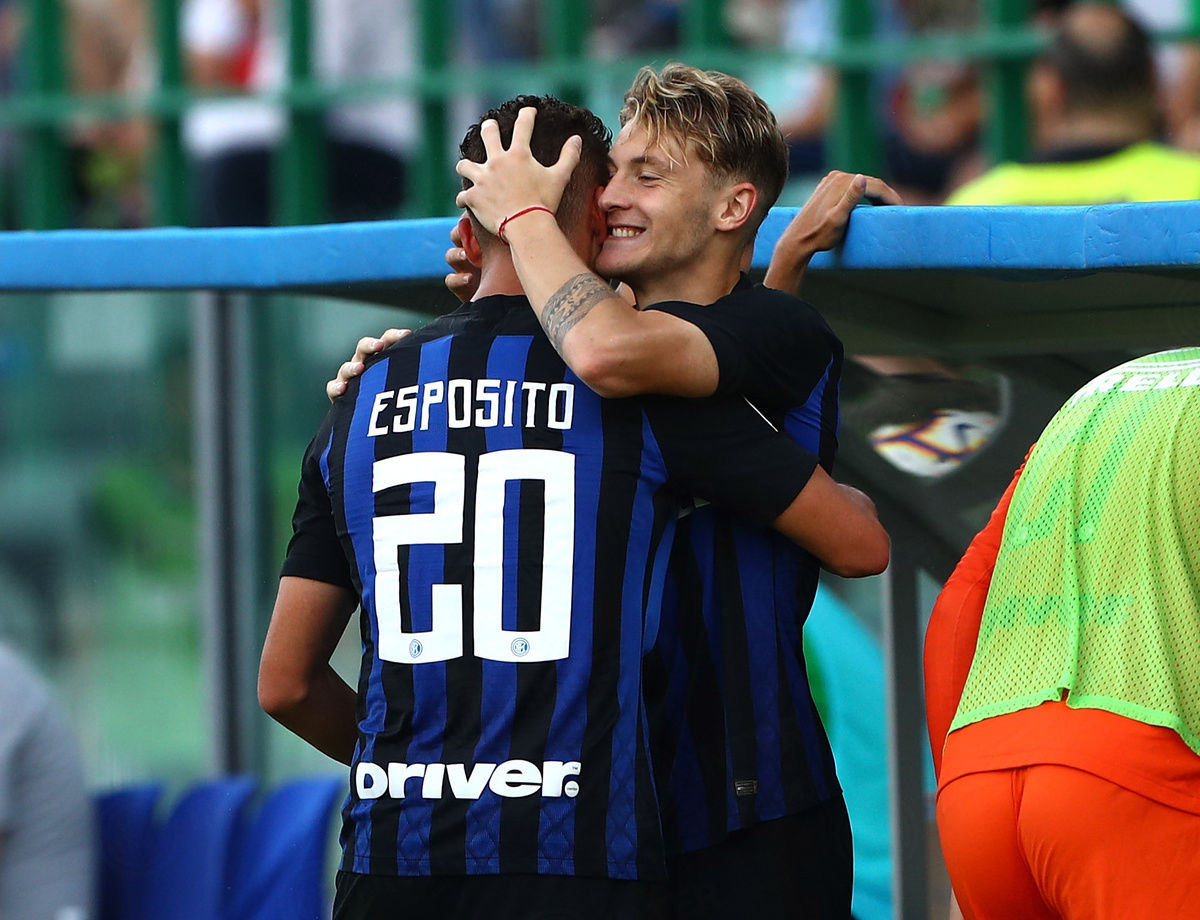 SASSUOLO - The Nerazzurri Under-19s today qualified for their 10th final in six years, with the team also now set to compete for the Primavera Scudetto for the third season in a row. Inter shone against Roma at the Stadio Ricci in Sassuolo by sealing an impressive 3-0 win. Colidio initially opened the scoring from the spot, while Esposito then made sure of his team’s progression thanks to a brace in the final 10 minutes.

The first chance of the match initially fell to the Giallorossi, with Pezzella forcing a save from Dekic before Celar was then kept out by the crossbar. Two minutes later, the Nerazzurri responded through Eddie Salcedo who forced Greco into action after a fine exchange with Colidio. Inter soon grew into the game and Salcedo had another good chance come the 20th minute, sending a header just wide following a Grassini cross.

After 23 minutes the deadlock was finally broken, with Santoro pointing to the spot following a foul on Colidio in the area. Facundo duly stepped up to take it, beating Greco to make it 1-0. Despite this set-back, Alberto De Rossi’s side did have a superb chance just before the break, with Dekic producing a miraculous save to keep out Cangiano in the 36th minute.

The match was played at a high tempo at the start of the second half, with Inter coming close to doubling their lead through Gavioli’s header following Zappa’s cross. Just after the hour-mark, Nolan made a decisive block as Parodi looked to find the back of the net. Both coaches then looked to shake things up in the last quarter of the game as the intense heat started to take its toll: De Rossi brought on Besuijen and Estrella Galeazzi, while Madonna turned to Persyn, Gianelli and Esposito.

And it was the striker born in 2002 who virtually sealed qualification for the Nerazzurri: he found the corner with a right-footed shot from the edge of the area to double Inter’s lead. Five minutes later, Schirò could have put the game to bed but was unable to fire home when one-on-one with Roma’s goalkeeper Greco. However, Madonna’s side did seal the deal in added time: Esposito stepped up to score Inter’s second penalty of the game after Cargnelutti was penalised and subsequently sent off for a foul on Schirò. This was the final goal of the game as the Nerazzurri ran out 3-0 winners.

On Friday, Inter, the current Italian champions, will be looking to get their hands on the Scudetto title again when they face Atalanta at the Tardini in Parma.

Inzaghi: "A victory worth more than three points"

Inzaghi: “We wanted to give everything to qualify”