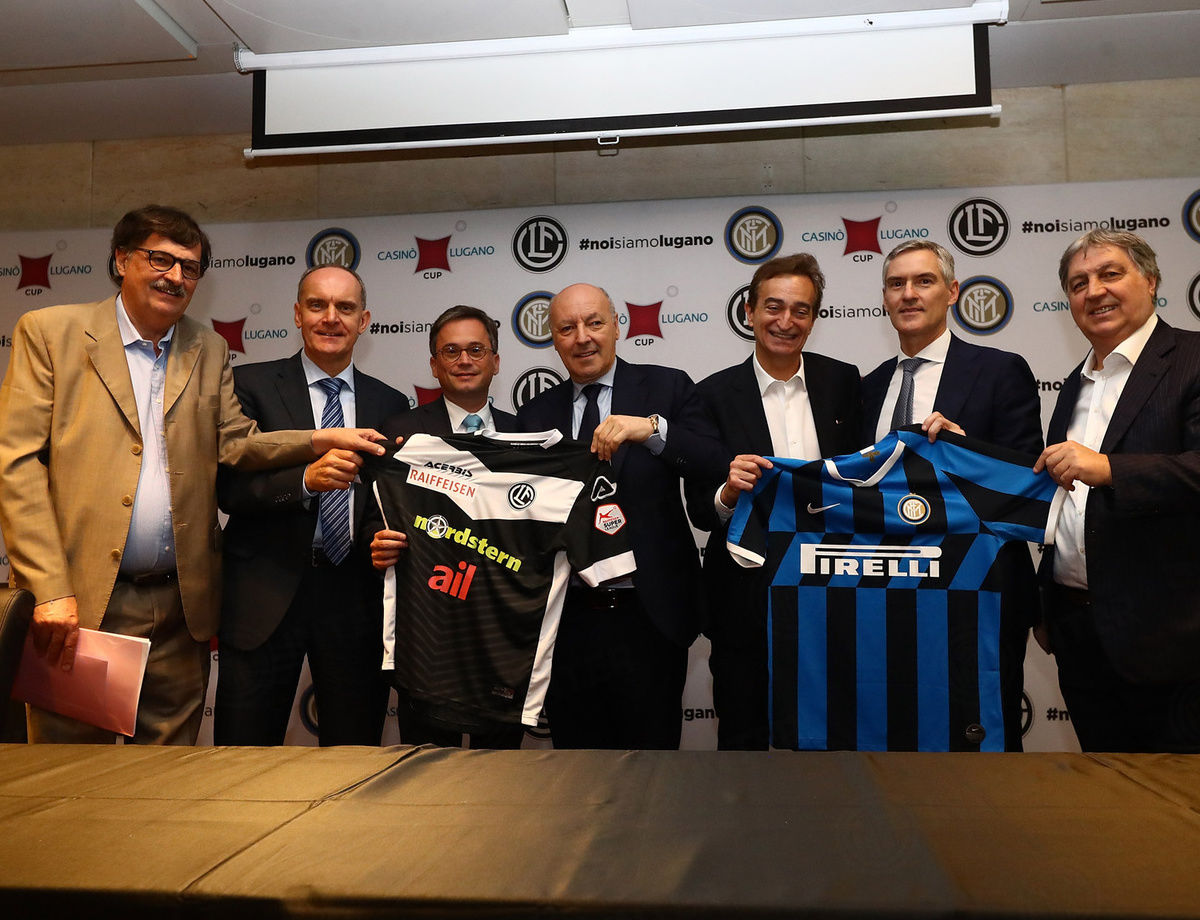 The first phase of our pre-season preparations will take place in Cornaredo, also with a scheduled friendly vs. FC Lugano

LUGANO - We go again. FC Internazionale Milano will complete the first phrase of their 2019-20 pre-season preparations in Cornaredo, Lugano from 8th to 14th July. The decision was taken on account of the cordial relations between the Nerazzurri and Switzerland’s FC Lugano, and also considering the positive experiences enjoyed by the Switzerland National Team during their raining camps in Lugano.

The Super League season has just ended in Cornaredo with FC Lugano qualifying for the Europa League group stage. They are currently in the process of rebuilding the pitch’s substructures, while also laying new turf. Weather permitting, the work will be finished by the start of July. Inter will be training on pitches B1 and B2, using the adjacent dressing rooms linked to the Monte Brè stand.

For safety and privacy reasons, the Cornaredo stadium will be reserved solely for FC Internazionale Milano. Given that the main pitch or the 3,000 seats cannot be used, the training sessions will take place behind closed doors to guarantee safety.

Following the training camp, the first edition of the Casinò di Lugano Cup will be held at 17:30 CEST on Sunday 14 July with a friendly between the Nerazzurri and FC Lugano. The two teams will face off for the second year running, with Inter previously winning 3-0 last summer.

The Swiss Football League has recently decided to introduce VAR and this will be officially tested during the match on 14th July.

Tickets for the Casinò di Lugano Cup are already on sale via the FC Lugano’s Ticket Shop: www.eventimsports.de/ols/fclugano/. This is the only sales point to purchase tickets for this match.

During the press conference, a partnership between FC Internazionale Milano, Lugano Region and Ticino Turismo was announced, with the aim of promoting local tourist destinations.

Next
Inter's pre-season in Lugano: Comments from Antonello and Marotta

Euros, Italy start with a win: 90 minutes for Barella

Euros history: 7 Nerazzurri to have won it