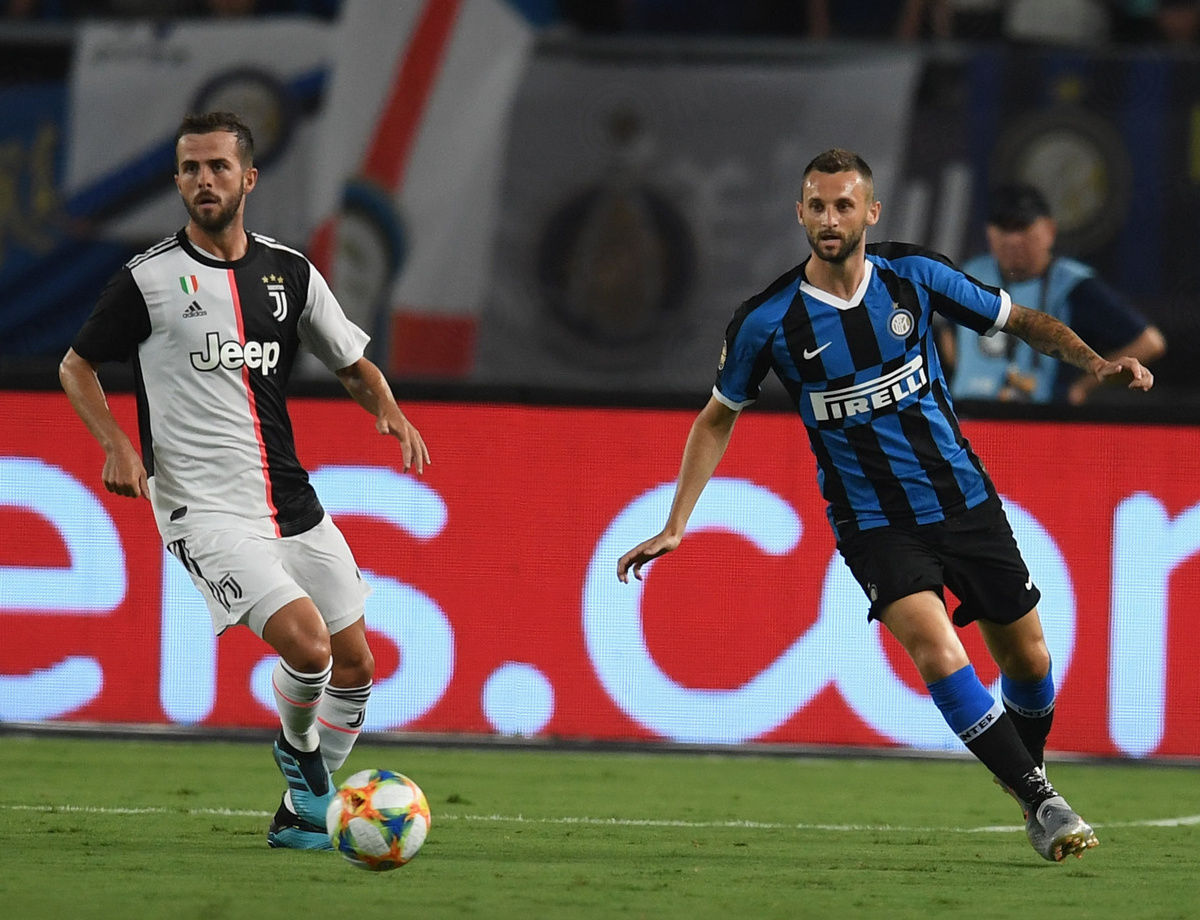 NANJING - Penalty kicks proved decisive as Juventus won against Inter in the second match of the 2019 International Champions Cup. In Nanjing, it finished 1-1 after 90 minutes at the Olympic Sports Centre Stadium after a De Ligt own goal in the first half before Cristiano Ronaldo equalised in the second with a deflected free kick. From the spot, the Bianconeri won out thanks to some decisive Buffon saves before Demiral converted the crucial spot kick. The score was the same as the 2013 meeting in the ICC in Miami when it was 1-1 and Inter won out on penalties.

Inter performed well and were intense and well-organised in the first half, showing better chemistry and the side moved the ball better. In the second half, fatigue after all the intense training sessions became evident but the team showed that it’s improving.

The first shot of the game was from Cristiano Ronaldo but his left-foot strike didn’t pose much of a threat. Inter were excellent early on, showing great intensity and tidiness on the ball. In the sixth minute, a corner led to the ball falling to Brozovic outside the area but he couldn’t hit the target. The pressure paid off in the ninth and tenth minutes with Sensi behind two chances. First, his free kick from a tight angle forced Szczesny to turn the ball behind. From his corner, Gagliardini nodded the ball on.De Ligt, in an attempt to get to the ball before D'Ambrosio, deflected the ball into his own net to put the Nerazzurri 1-0 up. Sensi, really brought to life by the goal, took on a chance just moments later, firing narrowly the bar. At 27 minutes Brozovic found D'Ambrosio at the back post but his header sailed just over. The game began to slow due to the heat and humidity, something resolved after half an hour in the water break. Following this, Perisic made a promising break forward which ended in a left-footed shot fired into the side-netting. Only in the closing stages of the half did Juventus manage to put together anything of value in the Nerazzurri half, finding space for two notable chances both off Bernardeschi's left foot, both safely stopped by club captain Handanovic.

In the second half Inter lost a bit of momentum as Juventus started quickly, looking to nick one back right from the off. Perisic found space to get a shot off at goal but didn’t manage to trouble Buffon. The Bianconeri piled on the pressure with a right-footed shot from Ronaldo forcing a big save from Padelli. The goalkeeper, who came on at the break for Handanovic, also did well to deny Rabiot, shortly before being helped out by Candreva's last-ditch block. Juventus drew level in the 68th minute, as Cristiano Ronaldo's free kick glanced off Skriniar's head in the wall, wrong-footing Padelli and sailing into the Inter net. An opportunity for the Nerazzurri to get back in the lead came at the end of a nice passage of attacking play, with Esposito firing a low driven shot at goal with his right, which was just about dealt with by the Juve defence. Padelli then did brilliantly to dispossess Cristiano Ronaldo after the Portuguese forward had taken it round him, tackling from behind just before he could fire into the empty net. The match ran on until the 94th minute without any other big moments, partially down to the hot climate and the fatigue of the two teams from their pre-season training. So it was to be that penalties would decide this ICC match, just like in 2013. Buffon was the protagonist and the teams were drawn on three scored each after Juve’s Rabiot and Bernardeschi both missed their efforts, but Demiral’s penalty gave the Bianconeri the victory.

Inter’s next fixture in Asia comes on Saturday in Macao, where they face PSG in the International Champions Cup.

Next
D'Ambrosio: "We did well in the first half"