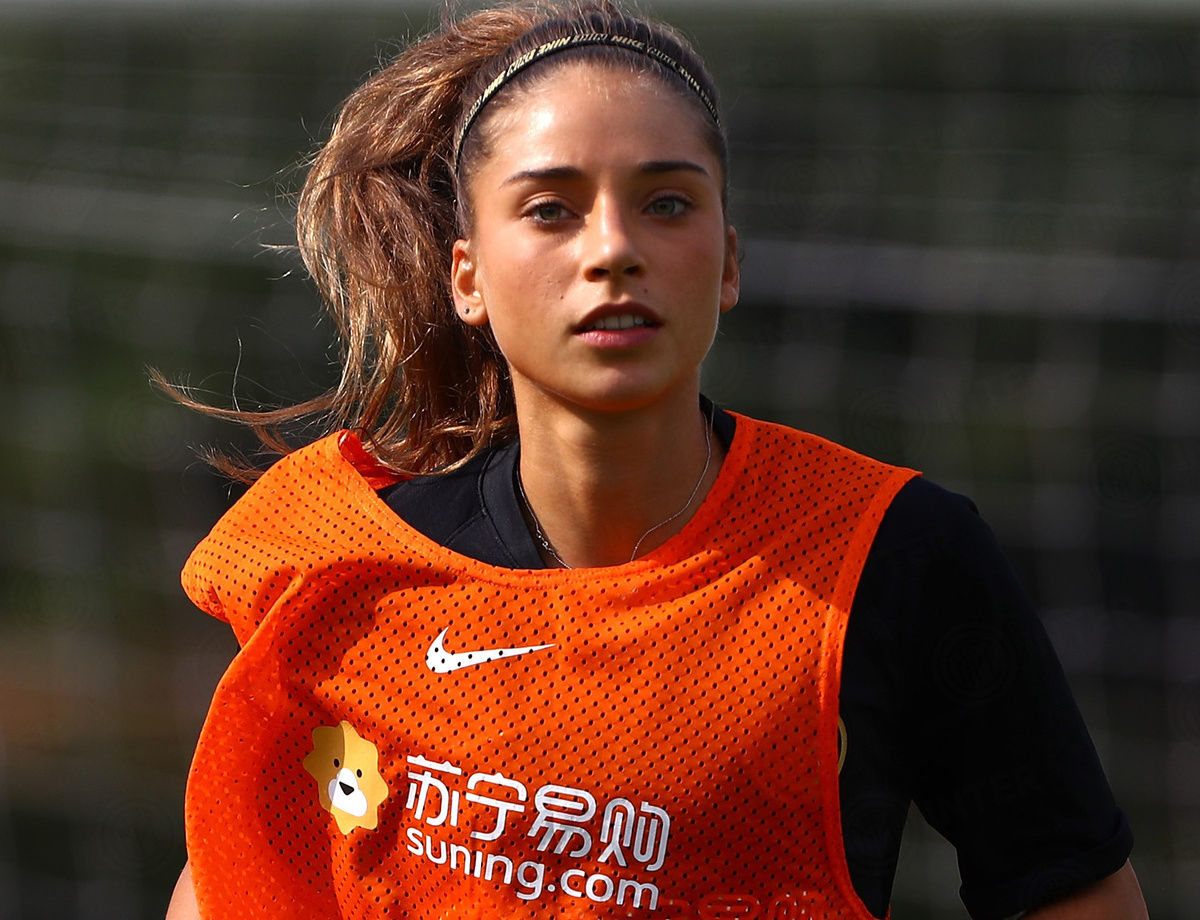 GOLDONI: "THERE'S NOTHING BETTER THAN WEARING THESE COLOURS"

The new forward to Inter TV: "It's an indescribable emotion for me, as an Inter fan I don't think there's anything better than playing for this team"

MILAN - Inter Women are continuing with their pre-season training ahead of the upcoming season. New signing Eleonora Goldoni described what it means for her to be at Inter. “It’s an indescribable feeling,” she began. “For me as an Interista, I don’t think that there is anything better than wearing these colours and playing for the team I support.”

“It’s a big test to play in Serie A and it will be an experience for the development of every single player. In knowing Inter as a club, I think that there’s a lot of organisation and desire to do well. Being a tight-knit group will play its part and motivation and dedication will be equally important. We want to take care of every single detail, the aim is to be ready for the start of the season as soon as possible.”

On her new teammates and Coach Attilio Sorbi: “I knew lots of girls who are now with me here already in the National Team," she explained. “I’ve found a positive atmosphere here and a group with a great desire to work. The Coach is a very capable person, the impact has been positive and it’s visible. Everyone of us can make a step up with him”

Next
Nicola Tintori heads to Gozzano

The Nerazzurri prepare for Inter-Atalanta clash

Choose the Man of the Match in Fiorentina v Inter