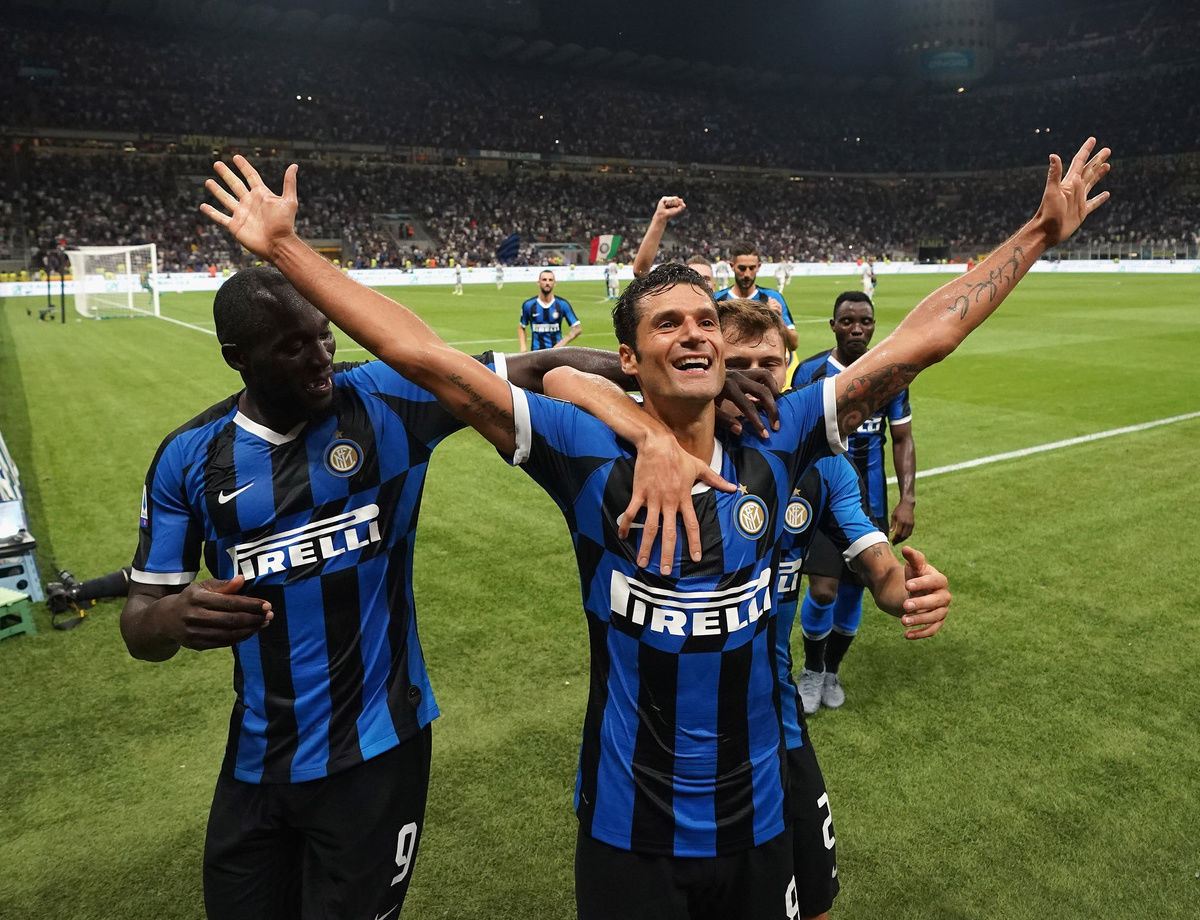 CANDREVA: "A GREAT GAME! LET ME TELL YOU ABOUT THE GOAL..."

The Nerazzurri wide-man scored in our 4-0 win over Lecce: "The Coach demands a lot of intensity from us"

MILAN - A stunning strike, which for many was reminiscent of Maicon's goal scored in the #MilanDerby a few years ago. Antonio Candreva scored the final goal in Inter’s 4-0 win over Lecce, a wonderful hit off his right foot to place the cherry on top of a spectacular game. He said the following to Inter TV: "It was a good game and a positive performance from us, we put the opponent on the back foot from the very first minute.”

It was impossible to go without mentioning the goal: "I saw the space and tried a shot, it went well! We're a team that are happy to be on the pitch together, even during training, which is good for everyone. The Coach demands a lot of width and intensity from us both in attack and defence in order to maintain a balance. When you have confidence and a clear head it's much easier. My role is a tiring one, you always have to be in the game and be aware, but you have to be in the right positions for when we go forward in order to make the attacks count.”