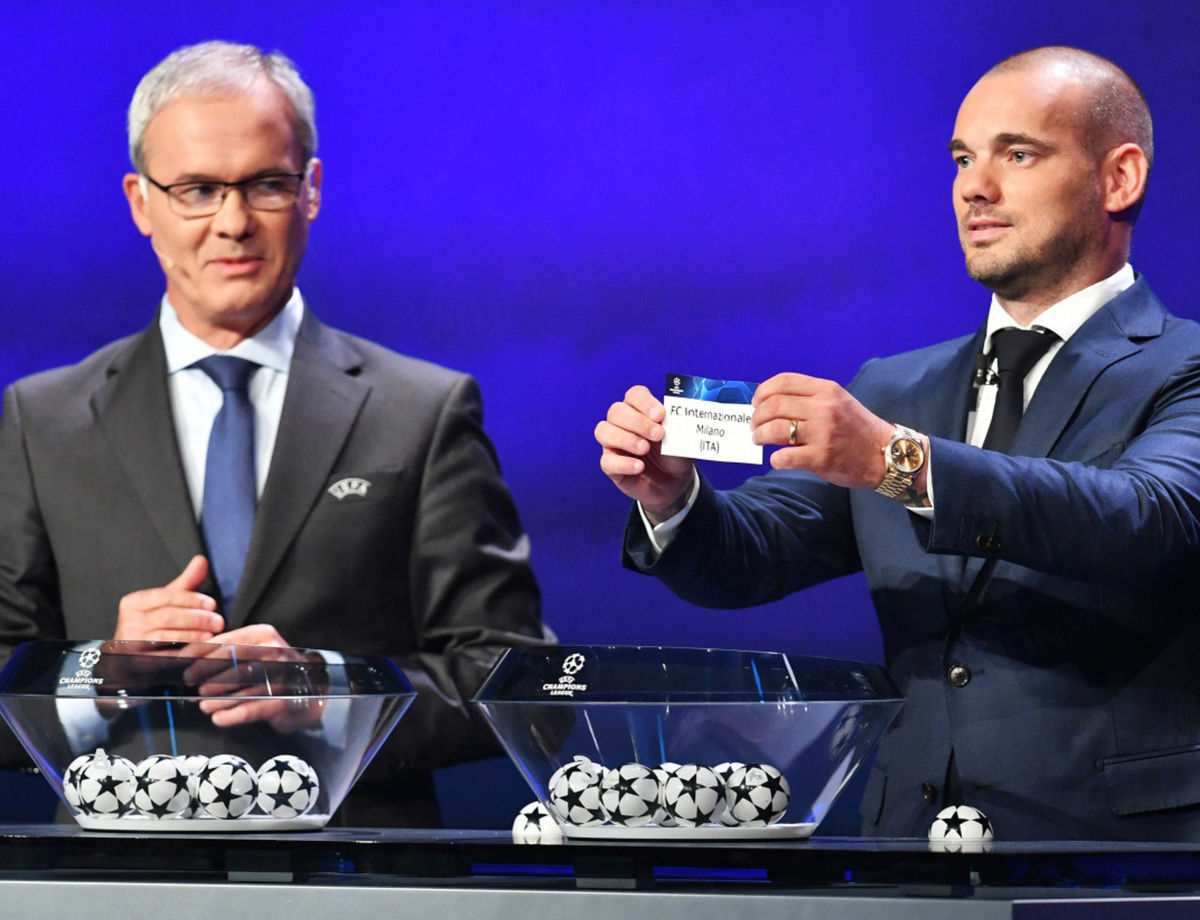 The Nerazzurri will face Barcelona, Borussia Dortmund and Slavia Prague

MONTE-CARLO – The 2019/2020 UEFA Champions League draw has placed Inter in Group F alongside Barcelona, Borussia Dortmund and Slavia Prague. Another clash against Barcelona awaits for the Nerazzurri, who met the Blaugrana in last year’s competition.

BARCELONA
Barcelona, who are coached by Ernesto Valverde, qualified for the Champions League after winning the Spanish title in the 2018/2019 season. Over the course of the summer, the team from Catalonia have strengthened their squad through the signings of Frankie De Jong, Antoine Griezmann, Neto and Junior Firpo. Inter and Barcelona have met each other on twelve occasions, including twice last season (2-0 in Barcelona, 1-1 at San Siro). The Nerazzurri’s record against the Blaugrana reads as follows: two wins, four draws and six defeats. Inter’s last victory was in the first leg of the semi-final showdown in 2009/2010, with Sneijder, Maicon and Milito scoring in a 3-1 win at San Siro. This result meant that Barcelona’s 1-0 success in the return leg wasn’t enough, and the Nerazzurri went on to win the final against Bayern Munich. Barcelona have won five European Cups/Champions League titles throughout their history.

BORUSSIA DORTMUND
Inter are also set to come up against Borussia Dortmund, who took the fight for the German title to the last day last season, eventually finishing in second place. Over the summer, Lucien Favre’s side have brought back Mats Hummels and have further bolstered their squad through the signings of Thorgan Hazard, Nico Schulz, Julian Brandt and Paco Alcacer. And there was further joy for the Schwarzgelben earlier this summer as they beat Bayern Munich in the German Super Cup. As regards previous meetings, Inter and Borussia Dortmund have faced each other four times. The first two matches date back to the 1963/64 European Cup, when the two sides met in the semi-finals. The first leg in Dortmund ended in a 2-2 draw, with Inter’s goals coming through Mazzola and Corso, while the Nerazzurri defeated the German side 2-0 in the return fixture thanks to strikes from Mazzola and Jair. Inter thus made it to the final, where they emerged victorious against Real Madrid.

The other two meetings came in the 1993/94 UEFA Cup quarter-finals during the 1993/94 season. Inter won the first leg 3-1 in Germany thanks to goals from Jonk (2) and Shalmov, thus rendering their second-leg 2-1 defeat (Manicone scored for the Nerazzurri) immaterial.The Nerazzurri went on to win the UEFA Cup that campaign. Borussia Dortmund have won the Champions League once in their history, in 1997.
Statistics

SLAVIA PRAGUE
Slavia Prague are the current Czech champions. Their league success meant that they qualified for the Champions League playoffs, during which they eliminated Cluj with 1-0 wins both home and away. Jindřich Trpišovský’s side have strengthened over the summer, bringing in Stanciu, Holes and Hovorka. The Nerazzurri will face their Czech counterparts for the very first time in a UEFA competition. The teams have, however, faced each other once in a double-header, in 1938 in the Mitropa Cup. Back then, it finished in a victory apiece (3-1 to Ambrosiana Inter and 9-0 to Slavia Prague).

Next
Alexis Sanchez is an Inter player