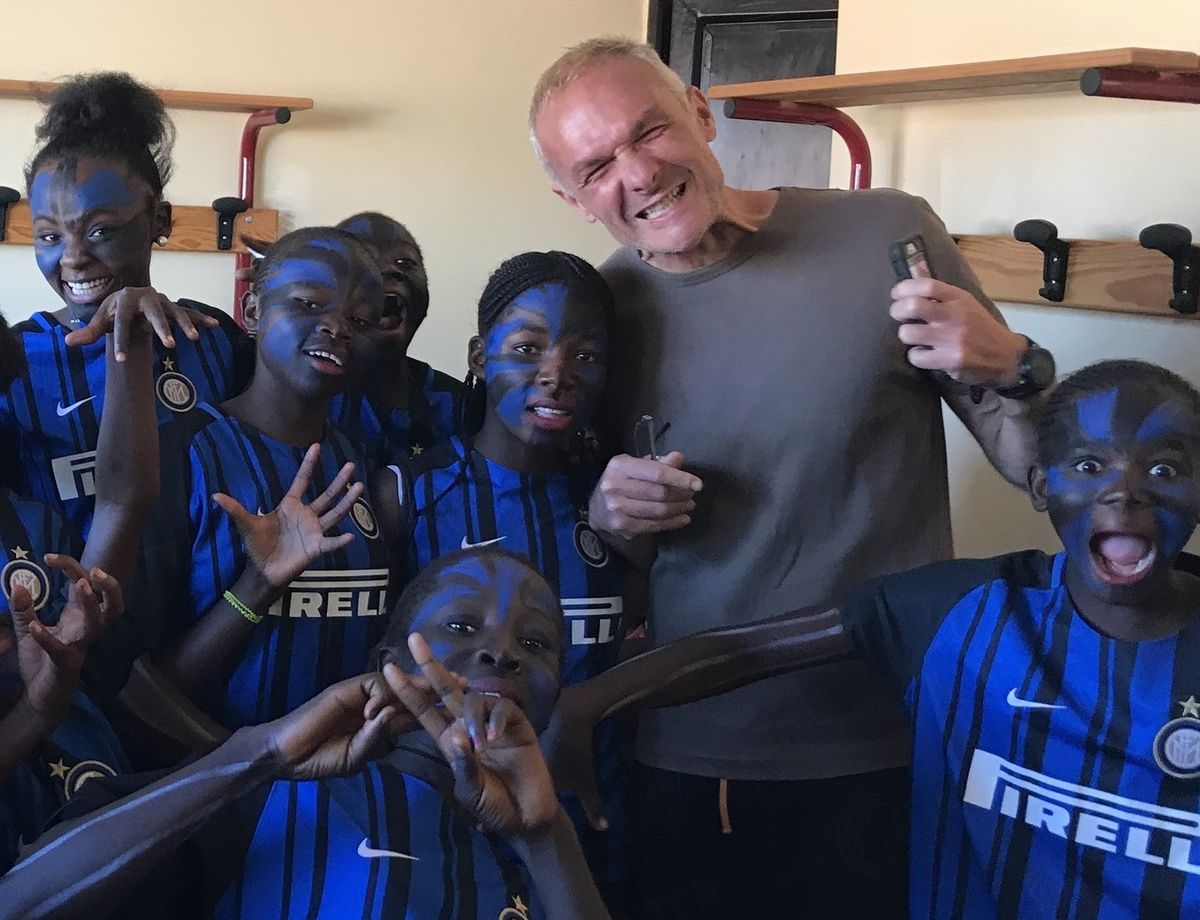 FOCUS CONGO, INTER CAMPUS AS SEEN BY THOSE INVOLVED

The Inter shirt and football culture as described by Gabriele Salmi, historic partner of the project in Congo

The end of 2010, an incredible number of people pour into the Stade Kibassa Maliba in the Kenya area of Lubumbashi.

From the edge of my seat, I witnessed the incredible spectacle a sea of people poured down the streets towards the stadium to celebrate TP Mazembe’s win in the African Champions League.

I quickly hop on the first bus that comes by and it’s standing room only and I’m taken aback by the ruthlessness of the driver who battles through the crowd leaving the stadium and filling the streets. Above all, I remember the cheering women who danced in the streets to celebrate the triumph.

Without knowing then, that was the day Inter Campus was born in Lubumbashi

Because of that, TP Mazembe made the Club World Cup final against Inter and Inter Campus moved to Lubumbashi thanks to the vision of ‘team play’ from the Moratti family.

Thanks to working with the coaches Alberto, Davide, Lorenzo, Dario the weavers Massimo and Paolo and the dynamic team of Bertin, Auguy, Jean-Luc, Jean and Maguy, the project took shape as the Inter shirt became a symbol for all who love football and not just elite players.

There is the healthy desire too play and have together in Congo in a place where youngsters often don’t have time to play because they’re busy with household chores and looking to take some money home.

Therefore, the Inter shirt became a powerful symbol in Congo and a weapon against the many challenges faced by Congolese youth.

Best of all is the knowledge shared by the coaches and children. We return home to Italy or to Congo, more knowledgeable and convinced that yes, ‘el mundo es un balon.’

Next
Change of referee for Cagliari vs. Inter: Maresca to officiate

An update on Aleksandar Kolarov's condition

Stellini: "Mentality is the most important thing, we never give up"