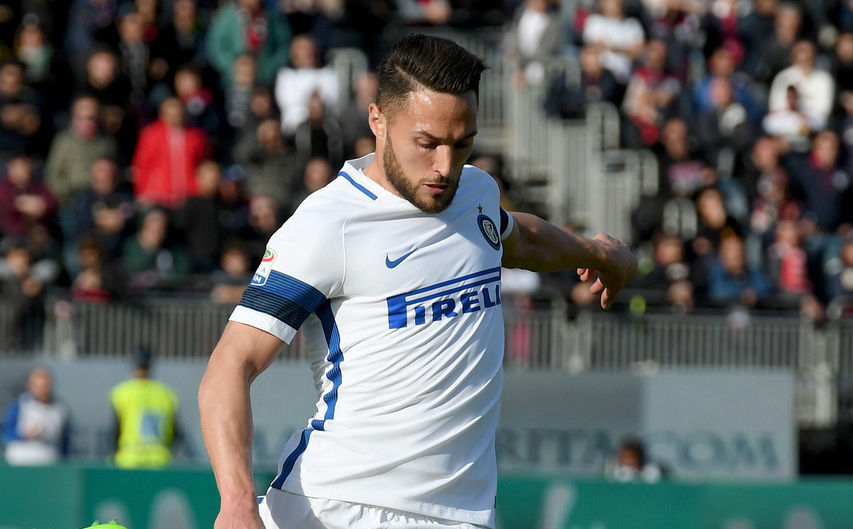 From Sporting Caivano to Inter, forever with a point to prove. MondoFutbol looks back over the career of the Nerazzurri full-back

MILAN - In 1994 a football school was opened in Caivano, a town midway between Naples and Caserta. Sporting Caivano was the brainchild of Giuseppe Annibale, who became the club's first coach and president. A few months later, a pair of 5-year-old twins showed up to the training ground. Their mother, a former footballer, introduced them to Annibale so he could teach them how to play the game. Their names were Danilo and Dario D'Ambrosio and, a few years later, they would make a name for the small football club.

"Danilo played as a number 10 - an attacking midfielder - in my team, before filling in once at right-back and he's been there ever since," revealed Annibale in an interview. That was the start of D'Ambrosio's football career. It all began at a small club on the outskirts of the big city. Through hard work and ambition, Danilo was able to make the leap from Caivano to Salerno, along with his brother Dario. Danilo made consistent progress at Salernitana and his rapid rise through the ranks culminated in an appearance at the Viareggio Cup in 2005, featuring for the Primavera when still technically in the Allievi age group. That same year, however, Salernitana folded from the professional game due to unpaid arrears, meaning Danilo was free to join another club. Chelsea were interested but his father Vincenzo decided it wasn't the right time to make such a big move. They opted for gradual progress and he signed for Fiorentina, along with his twin brother Dario.

There is a recurring theme in each of the interviews D'Ambrosio has given over the years, with the full-back always stressing the need to "work hard and improve on a daily basis". That is his greatest strength, his determination and desire to get better. It stayed with him even as he made his name in Italy's lower leagues, breaking into the first team at Potenza and then at Juve Stabia in Lega Pro, the domestic third tier. In January 2010, aged 21, he was a made an offer he couldn't refuse. Gianluca Petrarchi wanted him at Torino. His definitive breakthrough with the Granata came once he began to work under Giampiero Ventura. Torino returned to Serie A under the current Italy head coach and Danilo, when fully fit, became first-choice right-back, the same position Annibale had played him in all those years before.

D'Ambrosio became a key member of that Torino side which finished 2012/13 in 16th place yet it was the following season when his career took a definitive turn, as Danilo became the first signing under Thohir at Inter. More than three years have gone by since 30 January 2014, when he officially joined the Nerazzurri, and Danilo has gradually carved out more playing time. That's thanks to another important coaching figure in his career, Stefano Pioli. The Inter coach has made him into a crucial cog in his side, picking him at centre-back in a three-man defence, out wide in a flat back four and even in midfield, including on the left. Besides being the first Inter defender to find the net this season, opening the scoring on 28 January 2017 against Pescara, only four of his team-mates have featured for more minutes this term.

In an appearance on Inter Channel less than two months after joining the club, he said that he needed to work on his attacking play. Proof of his progress can be seen from the inch-perfect cross he provided for Icardi to make it 2-0 against Lazio in the Nerazzurri's last league fixture against the Biancocelesti. Danilo won't stop there though. His career has been all about hard graft and determination and the boy that began at Sporting Caivano still feels he has plenty to prove.

Pick your Roma v Inter man of the match