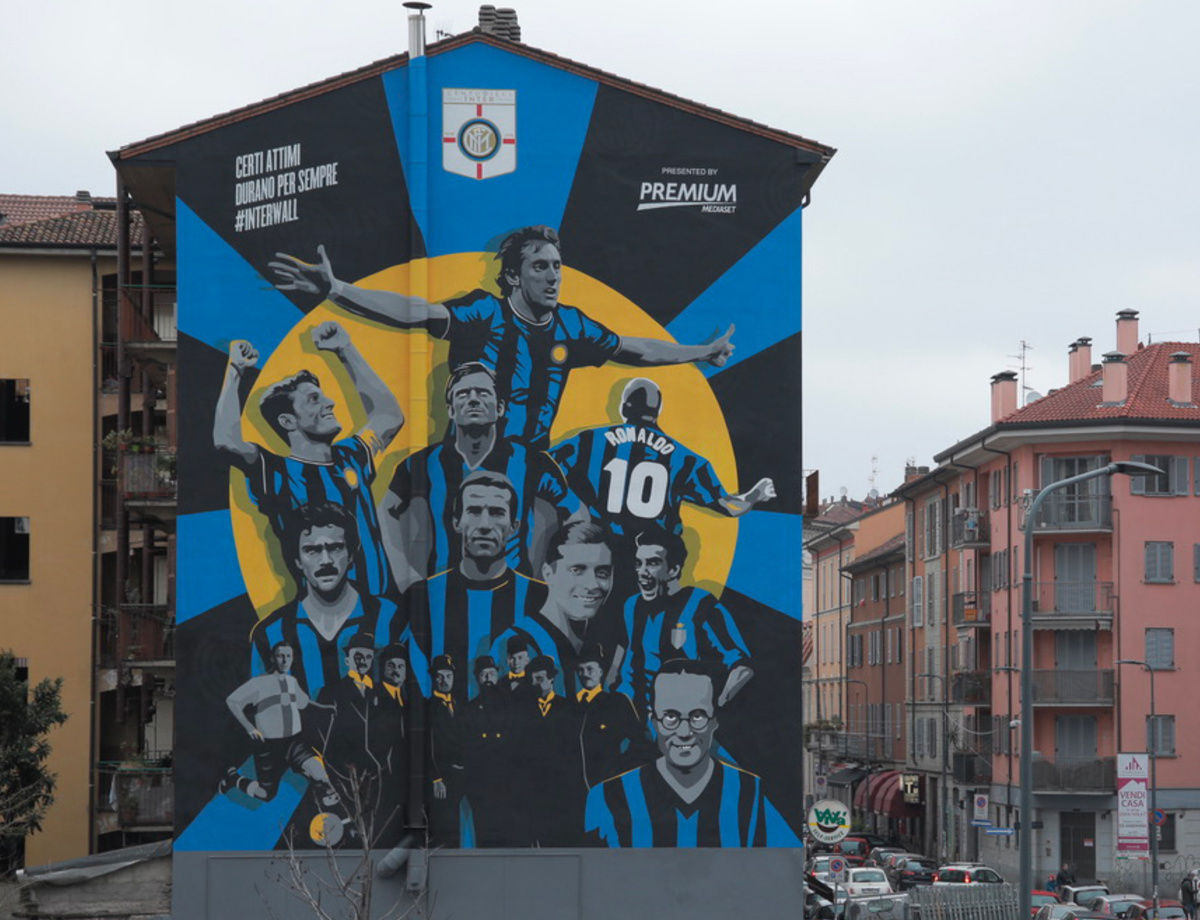 MILAN - Together with Mediaset Premium, the history of Inter has become urban art. To celebrate the club’s 110th anniversary, the tv channel from Cologno Monzese which is a Media Partner of Inter was involved in a special project to celebrate our history.

Through a campaign on Inter and Mediaset Premium’s social media channels along with a dedicated website (www.interwall.mediasetpremium.it), fans were able to vote for the most evocative and historic moments from club history. They picked the unforgettable events and people from each decade, starting from foundation in 1908 and continuing up to the treble in 2010.

The moments selected were immortalised with an 18-metre tall and 10-metre wide wall mural at via Borsieri 5 in Milan that will be unveiled today on Wednesday 21st March. The ‘INTERWALL’ is therefore born and it pays testament to the love between city and team while also enhancing a typically Milanese building in an area that is symbolic of modern Milan.

The work was carried out with the support of Dude Milano and the mural was created by the Ortica Noodles collective of artists.

Next
Inter Academy expands to Hungary

Pick your Roma v Inter man of the match

Inzaghi: "I hope the many Inter fans here in Rome are happy!"