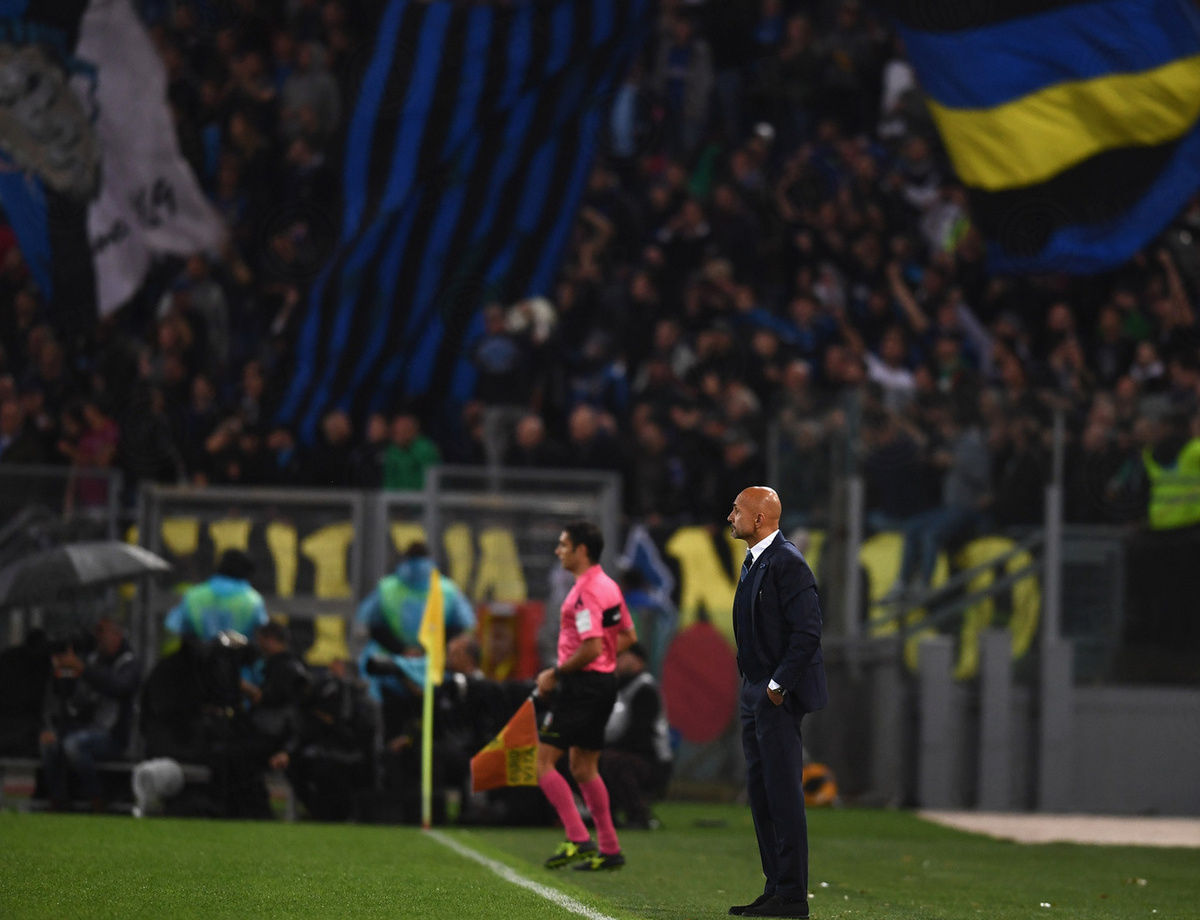 SPALLETTI: "THERE'S ONLY ONE WAY TO LEAVE A MARK HERE..."

The Coach after the great win at the Olimpico: "Our ambitions are clear and the performances are vital. We must always have this attitude"

ROME - Luciano Spalletti’s Inter put in a magnificent performance on their way to a brilliant win on the Monday Night fixture from the tenth round of Serie A. A 0-3 win at the Stadio Olimpico meant it was six in a row for the Nerazzurri in the league. "The performance was vital and it must always be vital for us," said the Coach after the match. "We need to manage the game as we did in the first half because in the second half we gave the ball away too much which allowed Lazio to create some problems for us. This win shows that we’re on the right road because you can’t play like that unless the groundwork has been laid in the previous matches. When you play for Inter, you can only do one thing and that is put in great performances and get great results, otherwise, the job is only half-done. The President has been clear, we have certain ambitions so this is what the attitude must be."

As for his formation and certain individual performances, Spalletti added: “Joao Mario as a starter? We have a lot of matches and a strong squad at our disposal. He did really well, particularly during the first half. He allowed Borja Valero to recover after the Barcelona game, who then came on during a key moment of the game to help us keep the ball. De Vrij on the bench? I didn’t want to put him in a difficult position and expose him to the whistles at the Olimpico. He’s a sensitive guy. Brozovic? He has a compass in his feet. He knows football and can pass the ball cleanly in his area of the pitch. He's a fundamental player for us. Today, he was also helped by Miranda and Skriniar who both passed the ball well and allowed the two full-backs to avoid pressing and find space.”

Next
Joao Mario: "I've always given my all in training"