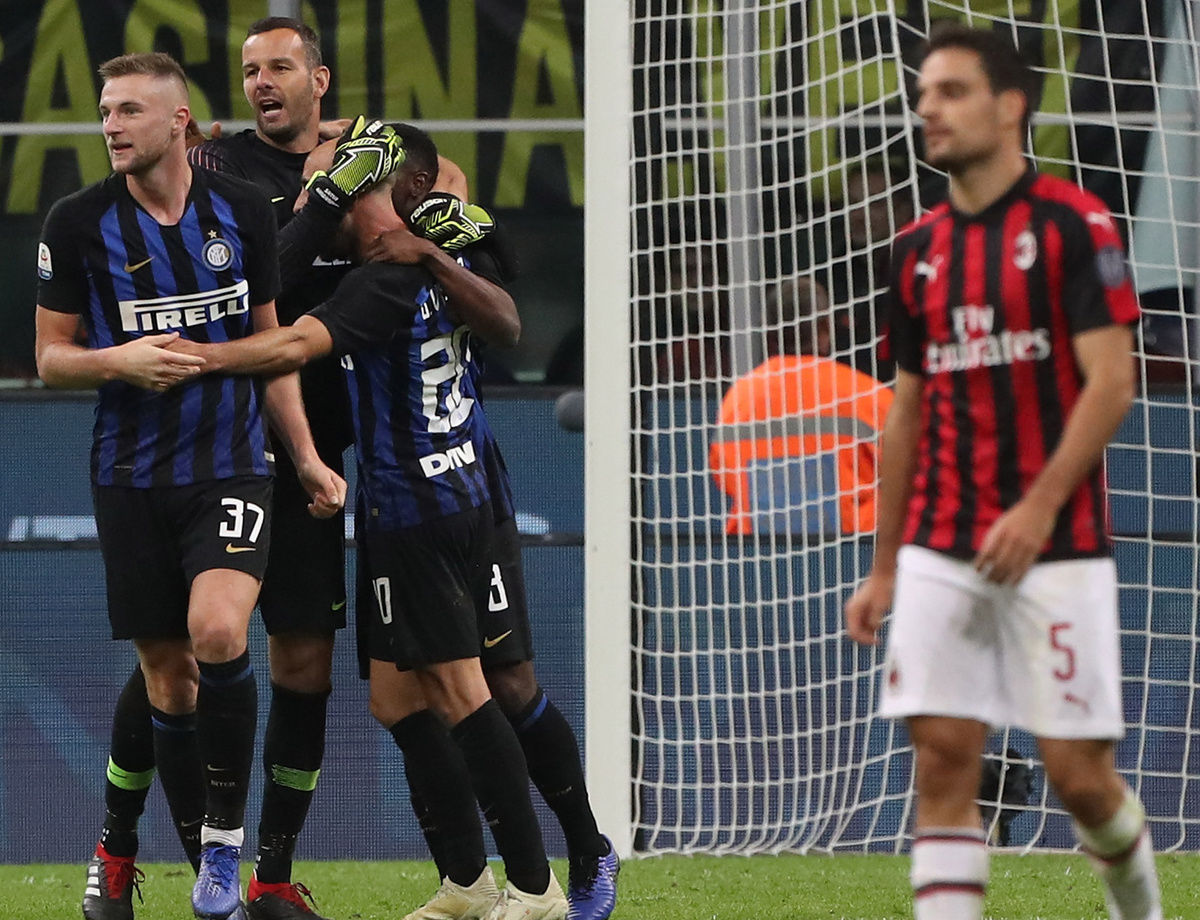 STATS AND TRIVIA AHEAD OF THE #DERBYMILANO

MILAN - It’s time for the #DerbyMilano! At 20:30 CET on Sunday, the Meazza will be the venue as AC Milan and Inter face off in the 170th edition of the Milan derby and we take a look back at the fixture with these statistics in collaboration with Opta.

There have been 169 editions of the #DerbyMilano so far in the Serie A. Inter are ahead with 63 wins, compared to 51 for the Rossoneri who haven’t won a derby since January 2016. March has historically been the month for derbies with 40 of them taking place in the third month of the year, the Nerazzurri winning 16 and drawing 12. Milan will be the home side for the 85th time on Sunday. Again, the record here favours the Nerazzurri who have won 28 and drawn 25 as the away side.

38 per cent of Inter’s goals (15 of 40)  have come in the final 15 minutes of games, including one in the last league game and one in the previous derby and that’s the highest percentage in Serie A.

Inter and Milan are two of the three sides who have conceded the fewest goals in the first halves of Serie A matches this season (seven against, level with Juventus).

Milan and Inter are the two teams this season who have earned the most points thanks to goals scored in and after the 90th minute (six for both).

Inter have the highest possession in Serie A (58.7%) and the Nerazzurri are also the side who have won the ball back the most in the final third (162).

Statistics on the Nerazzurri players

Lautaro Martinez is the outfield Inter player who has played in the most games (13) and scored the most goals (5) in all competitions since the start of 2019.

Both of Matteo Politano’s goals against Milan came away at the Rossoneri, the first was in October 2016 and the second in April 2018.

Ivan Perisic made his Serie A debut against Milan in September 2015. He has scored one goal and provided three assists against the Rossoneri, the Croatian has only lost once against them in all competitions.

Samir Handanovic has played in all of the last 13 derbies in Serie A, the longest run for any current Milan or Inter players.

Marcelo Brozovic is the player who has made the most passes this season (1,858) and Milan Skriniar is fifth in this category with 1,593.

Next
#DerbyMilano, tickets in the Secondo Anello Verde: last day on sale

Inzaghi: "We know this is important. We'll need a huge performance"

INTER v JUVENTUS | It’s you, fans, that turn a big match into a great match