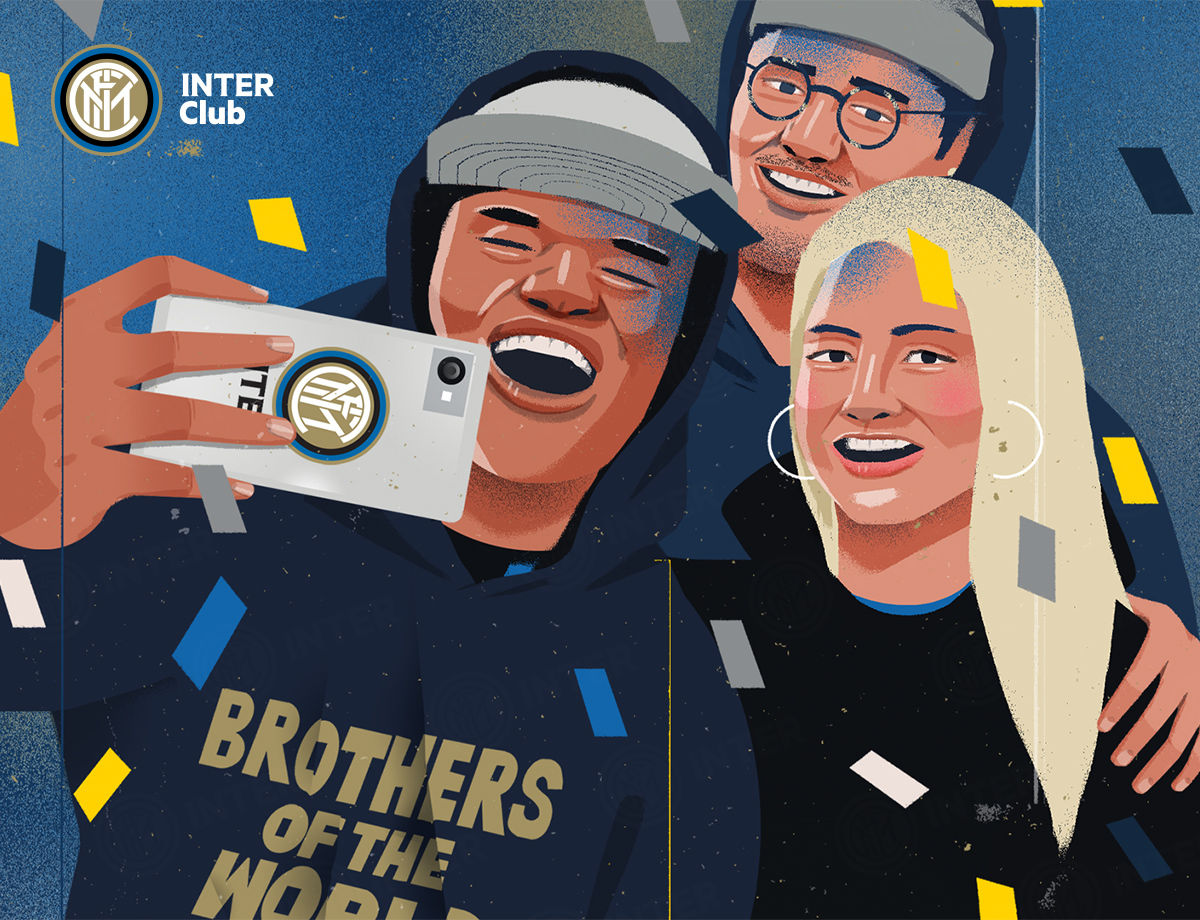 2019/2020 INTER CLUB CAMPAIGN: THE STORIES OF THE STARS CONTINUED

We continue to take a look at the stars of the new Inter Club campaign: today, it's time for 'Friends on the Road'

MILAN – After last season’s record-breaking figures with more than 137,000 members throughout the world, we continue telling the stories of the stars of the Inter Club campaign. After the first chapter dedicated to Alfiere, we’re going to talk about the ‘Amici da Trasferta’ (‘Friends on the Road’) on what is World Friendship Day. This category hones in on the story of a group of fans – many in number – who enjoy travelling and who share an incredible passion for the Nerazzurri.

“I’ve always followed Inter, my brother brought me on board as I was growing up and together we made my father, a Bologna fan, fond of the team. Before, I used to follow Inter with whoever I could find, now I’m pleased to bring along families and children to support our favourite team anywhere.

“The first time I attended San Siro, I was struck by the singing that I could hear from outside the stadium, while there were also drums, colours and flags. I was only ten years old when I joined an Inter Club. For me, being a member has always made me further attached to these colours, it’s like being a part of the team and Club.

“For our group, an away trip has become a gathering at the weekend. Over time, we’ve gone from being strangers to friends and now a family. From the time we meet at the car park, to the subsequent coach trip where we talk about life and travelling, and then on to shared moments of joy and pain, sharing has become the basis of our fan experience.

“Among the greatest emotions I have ever experienced was away in Kiev, which was one of the pivotal moments of the 2009/10 season: it was a difficult journey, and we initially arrived with a bit of pessimism, which disappeared completely in the closing minutes of what was an incredible game, overturned at the death in the space of 180 seconds with goals from Milito and Sneijder.

“Other stadiums have also stayed in my mind, stadiums in which I have no memories of winning, but which have gifted me with unique life experiences. Celtic Park is most certainly one of those. I remember we played away in Glasgow in February 2015 and the atmosphere in the stadium was just so unique, after the draw we celebrated together with the Celtic fans.

“The side that made me fall even deeper in love with this club was the record-breaking Inter of 1988/89. The player who mesmerised me the most was Paul Ince, watching him was just incredible, his determination was one of a kind.

“Why do I always have to go and watch the games at the stadium? I suffer too much watching at home. For so many years I did the journeys with my girlfriend, now my wife, it was just me and her. Now, however, there’s a whole group of us, friends, family, and together we celebrate even harder if we win or we’re there to console each other if we lose.

Conte: "It was important to qualify"

An update on Danilo D'Ambrosio's condition