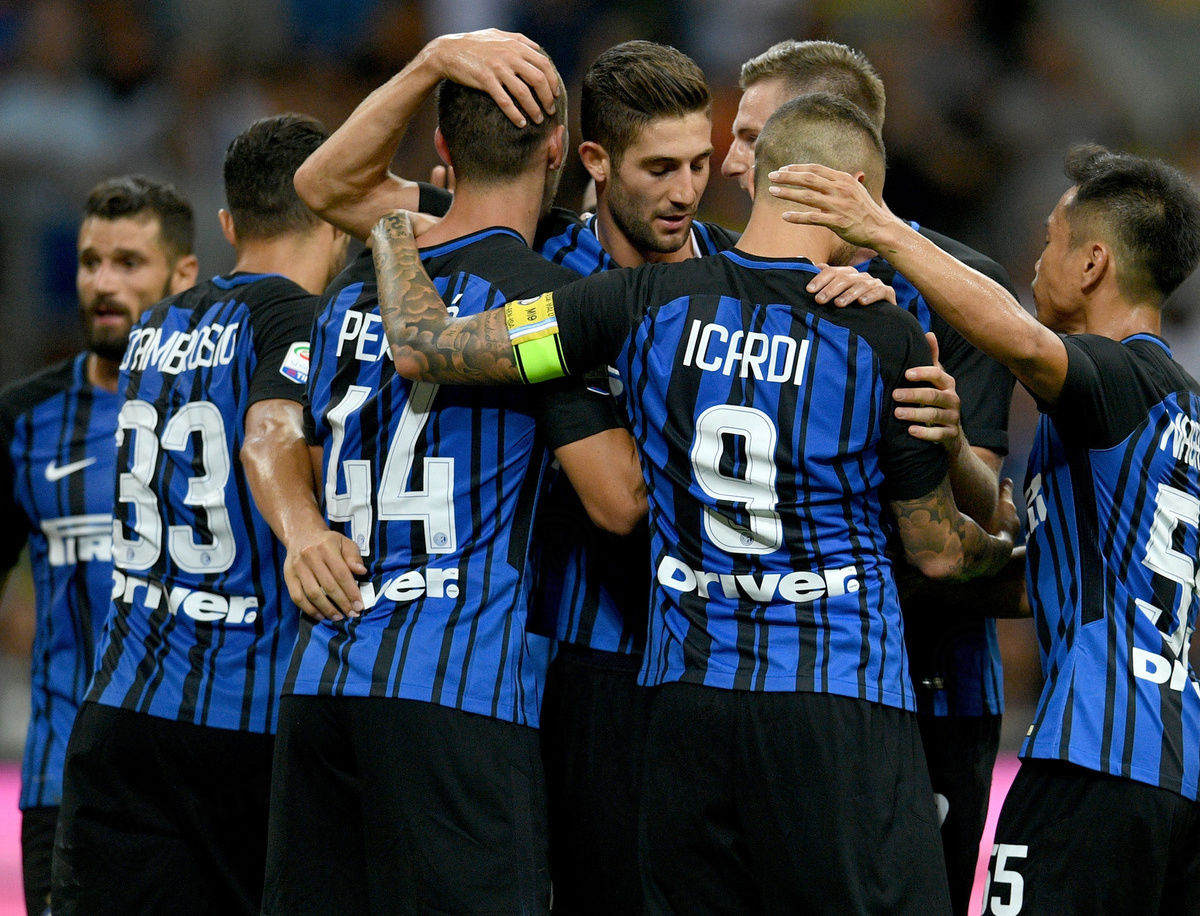 MILAN - Luciano Spalletti’s spell on the Inter bench began with him opting for a 4-2-3-1 formation. The defence seen in the final pre-season matches remained with the former Fiorentina pair of Vecino and Borja Valero lining up in the middle alongside Candreva, Brozovic and Perisic in the more attacking roles. Icardi was the lone man up front.

Inter got off to a great start. From a Nagatomo assist, Icardi brought the ball down before he himself was fouled while attempting to shoot. It was a penalty for Tagliavento and VAR confirmed it with Icardi stepping up to finish. Only four minutes had gone and it took only ten more for the second goal to arrive. Icardi was there again to head in from Perisic’s left-foot cross after he had space created for him by Candreva’s strong play. Another five minutes went and Brozovic snuck in between two defenders and it was on a plate for him but Sportiello came up with a phenomenal save to keep out his placed strike. Two minutes later, in the 25th minute, Eysseric found Simeone in the box with a perfect cross but the ‘Cholito’ was denied by Handanovic’s diving save. Fiorentina came back to life but it was Inter who went closest again to scoring. Perisic and Icardi went clear on the break but the Croatian was perhaps too selfless as he looked for the pass and the move broke down. The away side grew into the game and VAR was needed to stop play for the first time soon after for an incident in the Inter box. The decision went the Nerazzurri's way and play resumed with no penalty awarded. The second half began with a great chance for Icardi from Candreva’s cross and the captain’s header at the near post forced a good stop from Sportiello. 19 minutes into the second 45, Joao Mario came on for Borja Valero. One minute later, it was Perisic who went close with a powerful left-foot effort that only just missed the target. Fiorentina then went close themselves with Babacar forcing brilliant save out of Handanovic who got there with his left hand. In the 75th minute, Joao Mario drove forward but Gagliardini fired high from close range at the end of the move. A minute later, Veretuout fired a powerful strike low across goal which hit Handanovic’s right post. There wasn’t too much to worry about straight after though as Perisic’s head applied the finish from Joao Mario’s cross. It finished 3-0. On Saturday evening, there will be a big match at the Stadio Olimpico: Roma vs. Inter.

Next
Spalletti: "I have a strong, quality team"