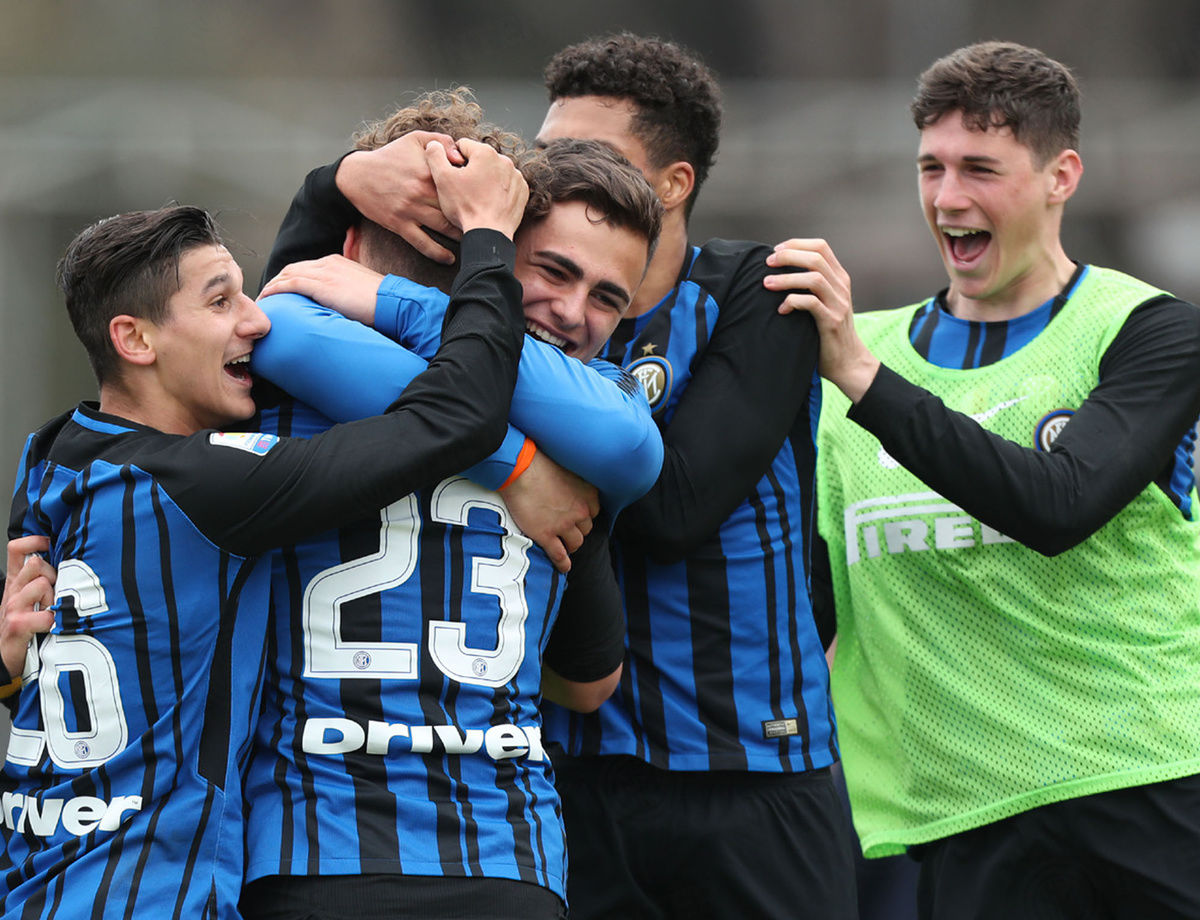 VIAREGGIO - It was a tough final with Inter coming back to win at the Stadio dei Pini. Stefano Vecchi’s Inter claimed the eighth Viareggio Cup in Nerazzurri history in what was the 21st final for a side from the youth sector since 2012. Goals from Belkheir in the 79th minute and Vergani in the 96th minute allowed the team to overturn a deficit after Sottil fired Fiorentina ahead.

The final of the 70th Viareggio Cup proved to be an exciting match right from the start. Four minutes in, Dikhate fired wide from a dangerous free kick for the Viola who were dangerous again in the 25th minute with a Pinto header. Inter responded 29 minutes in with a dangerous Pompetti free kick that Ghidotti saved. Bigica’s team had a big chance in the 34th minute as Gori went through one-on-one against Pissardo but he couldn’t hit the target. Vecchi’s side started to apply pressure in the final five minutes of the first half with Ghidotti saving another Pompetti free kick before Merola just failed to apply the decisive touch from the subsequent set piece.

Just 20 seconds into the second half, the Viola opened the scoring as Sottil turned home from a low Maganjic cross. Inter reacted strongly to the setback with Merola’s header forcing a great save from Ghidotti on 47 minutes. Merola again soon after went just wide of the post with another header. Stefano Vecchi went for a triple change on 53 minutes with Belkheir, Rover and D’Amico coming on for Adorante, Merola and Schirò. Inter had another chance on 65 minutes when some confusion in the area allowed Brignoli to get a shot away but Pinto made the block. On 72 minutes, D’Amico crossed to Belkheir who tried his luck with a spectacular acrobatic volley but it was inaccurate. Inter’s pressure paid off on 79 minutes when Belkheir was well set up by some brilliant Brignoli play and he beat Ghidotti with his left foot. After going level, the Nerazzurri went in search of a winner. Three minutes from the end, Zappa dribbled with pace and played it Sala whose effort was saved. After three minutes of stoppage time, the final whistle went and the match went to extra-time.

The Nerazzurri started extra-time as they’d left off on the front foot. Ghidotti made a crucial mistake in the 96th minute as he came off his line and Vergani was there to turn home with his right from the edge of the box. Fiorentina looked to recover but went down to ten men after Pinto was shown a second yellow card. In the second half of extra-time, the Tuscans went in desperate search of an equaliser with Ranieri firing off target in the 107th minute. Inter had a good chance on the break in the 116th minute but Vergani wasn’t able to get a good shot away. Vecchi’s lads hung on until the 121st minute when the final whistle went and Inter Under-19s claimed the Viareggio Cup!