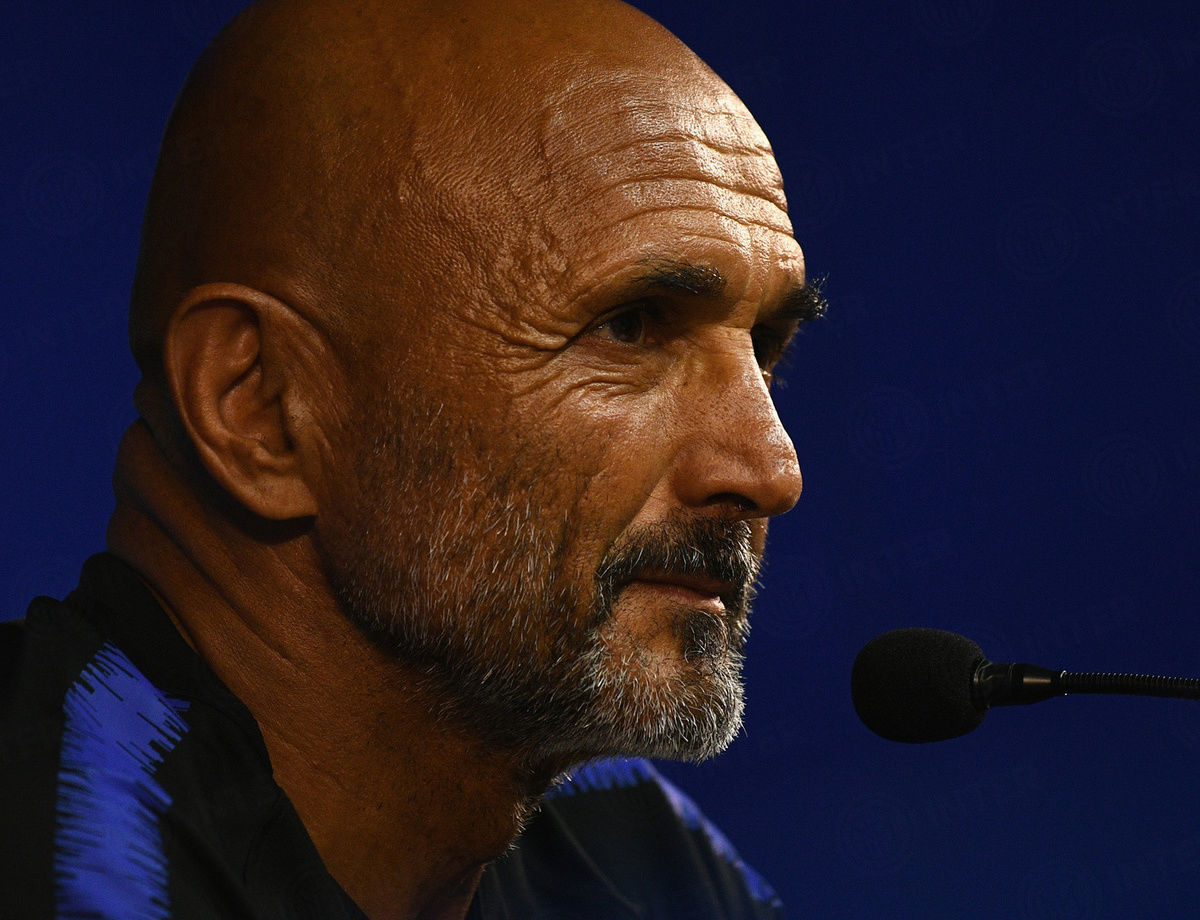 SPALLETTI: "WE'RE SET TO APPROACH WHAT WE FOUGHT FOR"

Spalletti ahead of Inter vs. Parma: "We're set to play in what we aimed for and spent a season suffering for. We have the depth for the turnaround"

APPIANO GENTILE - Ahead of the return of league action against Parma, the Nerazzurri’s Coach Luciano Spalletti was on media duty at the pre-match press conference.

"The group is fine, there are some issues but we already knew about them because they’re from last week. We’ve picked up from where we left off. The line-up? Someone trained alone this morning, I need to see the data a bit and consider the fact that we have two games in quick succession. I consider the match tomorrow to be very important, it’s one to win in a convincing manner and by playing good football, showing that we’re on the right road and a strong team."

"VAR? I’m 100 per cent in favour of it. I’m also positive towards it being used in Europe and UEFA have also expressed this themselves and stated that they will make use of it in the future."

"What we’re approaching now is what we’ve been preparing for up to this point. It’s what we went in search of and spent an entire season suffering for. We have the squad size that will allow us to get through these quick turnarounds in the calendar, periods when you’re playing every three days. I expect to see great desire and determination from my players and for them to give all of their energy in these games. We have enough quality to get through this round."

"Parma are a club who have experienced glorious moments so they know fully well about this league and playing in big matches. It’s clear that they don’t have a huge amount of players who have played at this level but they made investments on players who can overcome this disadvantage. They will know how to cover space, on our part more quality and quicker decision-making will be needed."

"All of the players at Inter strong, they wouldn’t be able to play in these colours otherwise. Nainggolan is strong, he’s a player who can drive us forward, he showed that against Bologna. But there are other statistics such as consistency and we can do much better in this regard."

"Lautaro is on the road to recovery, it’s clear that he needs to be evaluated from time to time. Every piece of analysis will be vital in deciding what to do next time. Will he be fit for Tottenham? We still can’t say if he will be or not but personally it seems unlikely to me. These are muscular issues and there’s the risk of a long lay-off should they reoccur. The Champions League squad list? Gagliardini wasn’t rejected. I had to pick three out of six players and I was sorry to leave him out. I’ll pick him tomorrow and he’ll play, he’s a great player."

Next
Primavera 1 TIM: The line-ups for Inter vs. Cagliari