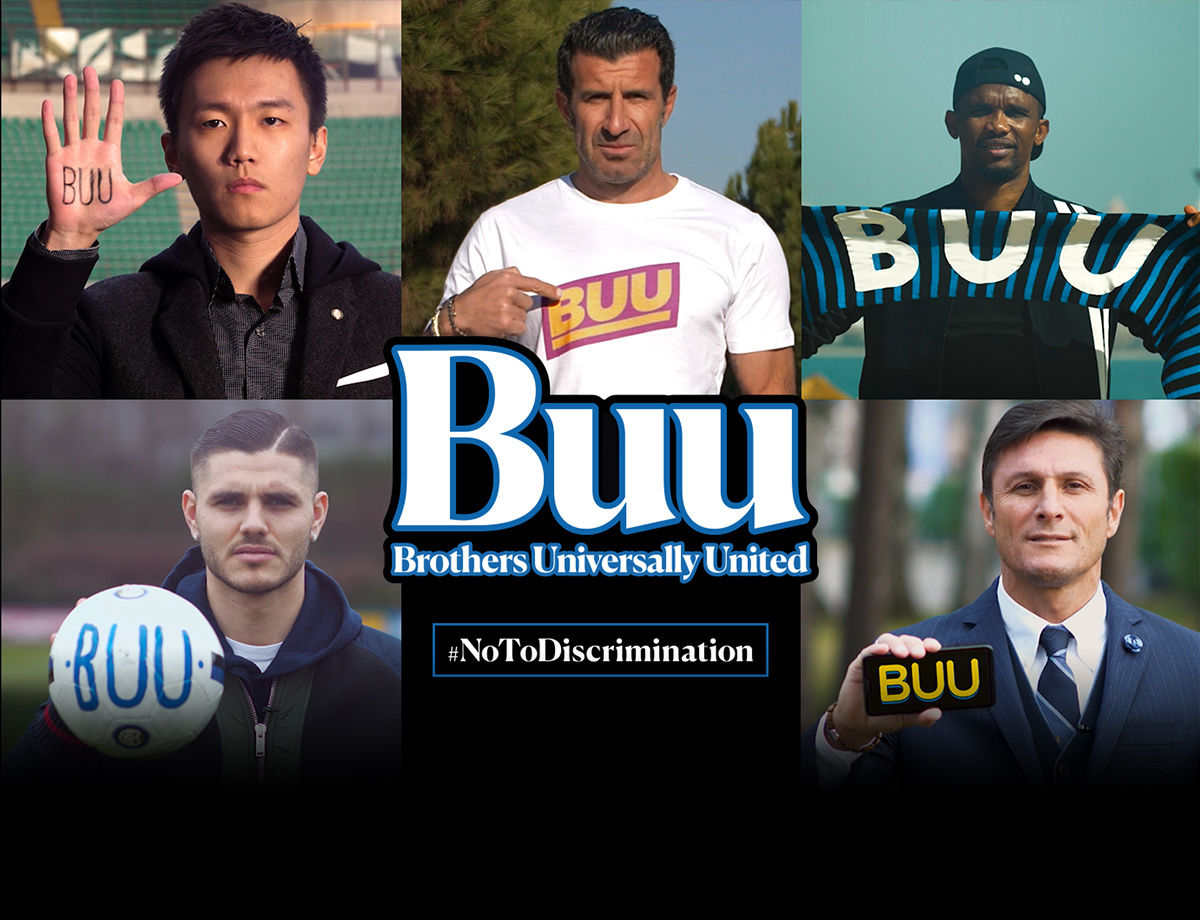 WRITE IT, DON'T SAY IT

In our fight against racism, Inter have transformed BUU into Brothers Universally United

MILAN - "Write it, don't say it", an invitation to fight racism with its own weapon: the racist buu. Following this request, players, influencers, opinion leaders, celebrities and fans have all demonstrated their own ‘BUU’ slogan on social media. A simple message, whether that be written on a hand or commented on a social media post, all to help transform the buu into a positive acronym – Brothers Universally United.

The campaign starts with a video, one shared on Inter’s social media channels. This includes President Steven Zhang, Vice-President Javier Zanetti, captain Mauro Icardi and other club legends explaining how we’ll transform the buu from being discriminatory to inclusive.

“It’s a changeover from negative to positive. This is what we want from the BUU campaign, write it, don’t say it,” said Steven Zhang, the club’s President. “The only way to involve everyone is to focus directly on the problem, setting ourselves out in a strong and direct manner. Our fans are special and they deserve a type of football that promotes positive and inclusive values. This campaign wants to be a solid tool against all forms of discrimination and one that strongly reaffirms the values that Inter have identified themselves with for almost 111 years.”

During Inter vs. Sassuolo tomorrow, our second match behind closed doors, the Stadio Meazza will put on a social display to reaffirm our fight against discrimination.

Download and print your BUU and publish a photo on social media!